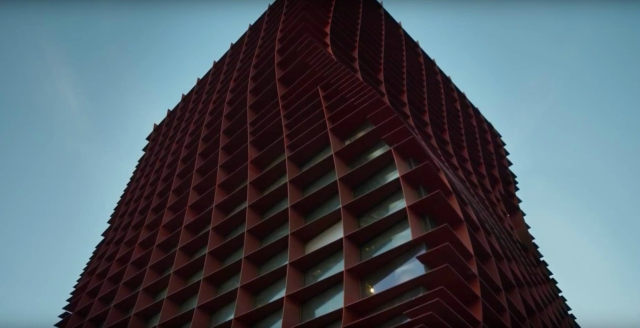 Fans of chef Jordan Kahn are no strangers to the eccentric, the surreal, and the out-right weird.

Although he was named as one of Food & Wine's Best New Chefs of 2017, Kahn actually began his career much earlier. At age 17, he began working in the kitchen at Thomas Keller's French Laundry. He then joined the opening pastry team at Keller's Per Se in Manhattan, before moving to Chicago to work with Grant Achatz at Alinea. By 2010, Kahn had found himself in Los Angeles, and was opening genre-bending Red Medicine in Beverly Hills. The spot was an overnight success, and a critical darling around the country until it closed in 2014. Kahn then reappeared in 2016 with his daytime spot Destroyer in Culver City's Hayden Tract—a place that Jonathan Gold claims "disrupts the idea of fine dining like nowhere else on Earth." But if you're curious when Kahn will return to dinner service, look no further than his upcoming Vespertine.

Luckily, Kahn sat down with GQ magazine for a recent interview to discuss the upcoming project. And the vision laid out is beyond what we expected. Essentially, the place will be just as much an immersive theatrical experience replete with mythology-laden, sonically-cued moments, as it is a label-defying restaurant with a 20-plus course tasting menu meant to belong to a moon-worshiping people from a billion years ago. Is your interest piqued? Here are some of the highlights.


At Vespertine, Kahn’s diners won’t know if the produce is local. They won’t even know what planet it’s from, thanks to his avant-garde 20-something-course tasting menu with zero points of reference to familiar Earthly cuisines.

“If I were to say, ‘Oh, this comes from a local thing,’” Kahn told me as we walked through the still-unfinished building last month, “that would be very adverse to our mythology. [The food] doesn’t come from local—it comes from a place that doesn’t exist.”

On Atmosphere And Ambiance:


“The music might be the most important part of the whole experience,” Kahn said. “The sound and the space [are] the transportive mechanism."

Later, it's described that diners will pass through a series of floors, each with it's own soundtrack, until eventually arriving at the dining room.

the last track will play in the 22-seat dining room where you will ultimately eat your spaceship food while sitting on a surprisingly comfortable steel-and-wool banquette, attended by servers dressed in custom, androgynous uniforms that are very Rick Owens-does-Lord of the Rings cosplay.


The idea [for Destroyer] came about after Kahn began working on Vespertine and saw that the surrounding offices had no nearby lunch options. “I said, ‘Oh, these people don't have anything,’” he remembers. “Great. We’ll open something for them.” Destroyer thus became the avant-garde Panera Bread stand-in for Nike and Alejandro Iñárritu, whose offices Kahn plans to eventually cater.

As for Vespertine's previously alluded to mythology:


The building...“is a machine artifact from an extraterrestrial planet that was left here like a billion years ago by a species that were moon worshippers.” The labels on your fancy wine glasses will be etched off, because “those are all markers that remind people that they’re still on Earth.” Vespertine has a feminine energy, and the general manager has her own unique dress and a custom-made ceramic cuff for her arm, which Kahn gushes over. He tells me the building "has its own gravity."


“This is my life’s work,” Kahn tells me matter-of-factly. “This is the most important thing I’ll ever do other than having children.”

What to expect from the service at Vespertine:


Vespertine will certainly be a far cry from New York’s Eleven Madison Park, reigning best restaurant in the world according to San Pellegrino and critical darling where the service is so attentive you wonder whether someone might offer to accompany you to the bathroom. In training his staff, Kahn says, he teaches them to exist as little as possible: “I want you to appear as a ghost, and I want you to disappear. I want you to take Eleven Madison Park and make it the opposite.”

Vespertine is set to open this summer and will be located at 3599 Hayden Avenue in Culver City.