Relive Your Youth (Kinda) With This Beer Can Pinewood Derby 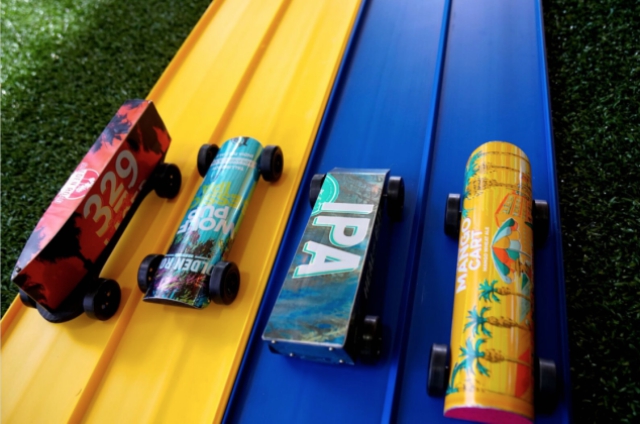 Ah, the pinewood derby. A shining symbol of childhood and Americana. Of hours spent in the garage with Dad, sanding down your pinewood car looking for that perfectly aerodynamic body. Greasing the axles. Testing the wheels over and over again. Placing the weights just right for that big win. You may not be a Boy Scout anymore, but Golden Road Brewery wants you to relive the thrill of the race.

On June 25, Golden Road will host its first ever Beer Can Pinewood Derby. For $25, registrants will receive an official pinewood kit from the Boy Scouts, and a six-pack (hey, we're adults now), with all proceeds going to local charity My Friend's Place, which helps homeless youth.

Golden Road's derby will judge winners on both race times and the spirit of the designs. "Each car must feature components of beer cans," the rules designate. (But, just so we're clear, everyone, never drink and drive.)

No word on merit badges, but first and second place winners will be awarded prizes.

Golden Road Brewery is located at 5410 West San Fernando Road in Los Angeles. You can register for the derby here.