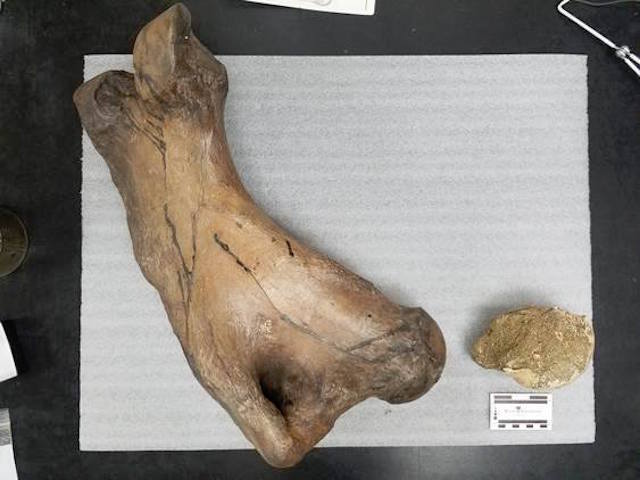 The sloth bone is on the left, while the bison bone is to the right. (Photo courtesy of The Source)

Have you heard the parable about the sloth and the bison? We haven't either, but we're interested in hearing how you think it goes.

We bring it up because Metro has announced another exciting archaeological find: bones that belong to a sloth and an ancient bison. According to The Source, Metro's blog, two (partial) large mammal bones were discovered on May 16 under Crenshaw Boulevard between 63rd Street and Hyde Park Boulevard. The discoveries were found about 16 feet underground as Metro was doing work on the Crenshaw/LAX line.

One of the fossils was determined to be a bison's "right proximal radius." while the other is a sloth's hip joint (oh yeah, we know what a hip joint is!). The fossils were examined and identified by handlers at the La Brea Tar Pits. They will be eventually be sent to the Natural History Museum. There's speculation that the hip joint could belong to a Harlan’s Ground Sloth (the most common of three species of ground sloths found at the tar pits), which could weigh 1,500 pounds and measure up to 10 feet in length. For perspective, a SmartCar is only 300 pounds heavier (though I guess this comparison also serves to denote how small SmartCars are). The Harlan’s Ground Sloth is said to live in the Los Angeles basin 40,000 to 11,000 years ago.

As noted at the La Brea Tar Pits and Museum, the L.A. area was populated with a good number of large mammals during the Pleistocene epoch, but many of them went extinct in North America at least 10,000 years ago.

Certainly, this isn't the first time that Metro has uncovered fossils. In April, workers discovered bones belonging to a camel and a large elephant (possibly a mammoth or a mastodon) while digging for the Purple Line extension. 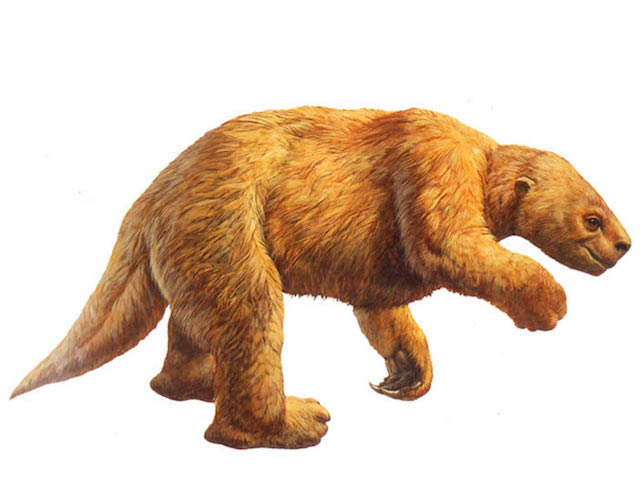 Artist's illustration of a Harlan's Ground Sloth. (From the La Brea Tar Pits and Museum) 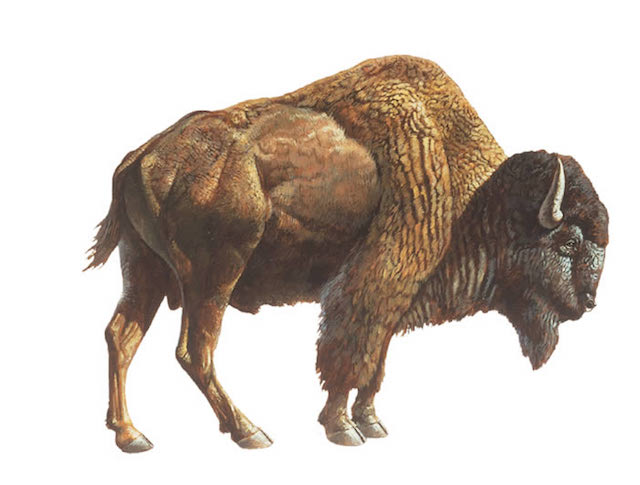 Artist's illustration of an ancient bison. (From the La Brea Tar Pits and Museum)