Demolition On Sunset Strip's Iconic House Of Blues Has Begun 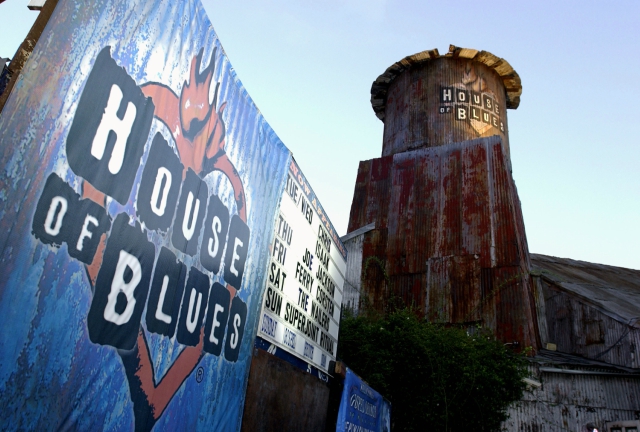 It's been almost two years since the iconic House of Blues on the Sunset Strip last closed its doors. Originally opened in 1994 (with Dan Aykroyd as a partner), the West Coast expansion of the Cambridge, Massachusettes venue ran as a popular nightlife destination for 21 years before shuttering in August 2015.

On Thursday, demolition crews began tearing down the edifice to make way for construction of a hotel and condo property named Sunset Time, which is slated to open in December 2019.

“I think we’re going to try to do our best to hold onto everything,” Michael Grozier, an executive at LiveNation, which booked the venue since its opening, told West Hollywood Magazine of the venue's extensive Folk and Native American art holdings during a 2015 interview. “We may auction some things for charity. It’s kind of a bittersweet thing to think about. The plan is to relocate in Los Angeles. We’d love to stay in West Hollywood but there’s no space.”

According to Urbanize LA, the Sunset Time project (one of three hotels currently under construction on the Sunset Strip) will bring 149 hotel rooms, 40 condominiums, and some 25,000 square feet of retail to the corner of Sunset Boulevard and North Olive Drive.


Goodbye @hoblosangeles, you were a good neighbor! #WeHo #HOB #ThereGoesTheNeighborhood

Pretty shit to see another awesome venue being torn down for probably shitty apartments. @karennelsonkn and I went to a @goodcharlotteband gig here a fair few years back thought it was a really cool gig #corparategreed #gigs #houseofbluessunset #riplivemusic #la #usa