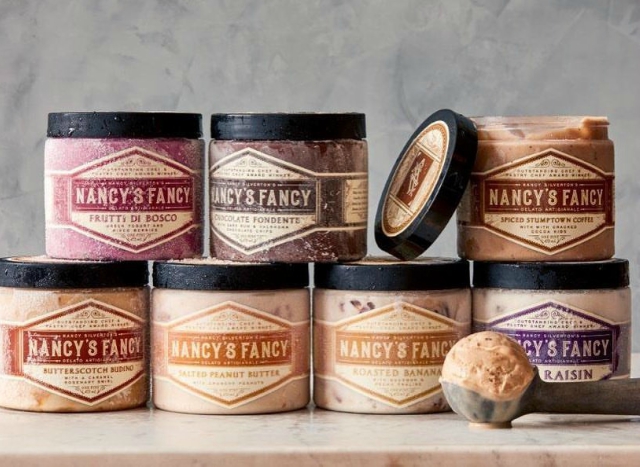 If Nancy Silverton has become something of a matriarch for the Los Angeles food world, it is for good reason. Silverton is an L.A. native who was Wolfgang Puck's opening pastry chef at Spago, then left to open the hugely influential Campanile with then-husband Mark Peel in 1989. That same year, she opened La Brea Bakery as a side project, which would go on to help redefine bread and baking in America. She's also co-owner of Osteria Mozza and Pizzeria Mozza.

Now, another of Silverton's side projects is scaling up: Nancy's Fancy. The gelato brand has recently taken over the former Mast Brothers' warehouse in the Arts District. The space is a move for the brand's production facility (previously in the Valley) into a “new, much larger facility," according to the press release.

And though pints of Nancy's Fancy can only be found in Whole Foods, Gelson's, and the like, the new Arts District facility is teasing plans for a standalone gelateria and sorbetto shop, though no timeline has been announced.