Smorgasburg LA Is Debuting A Rooftop Pop-Up At The Standard 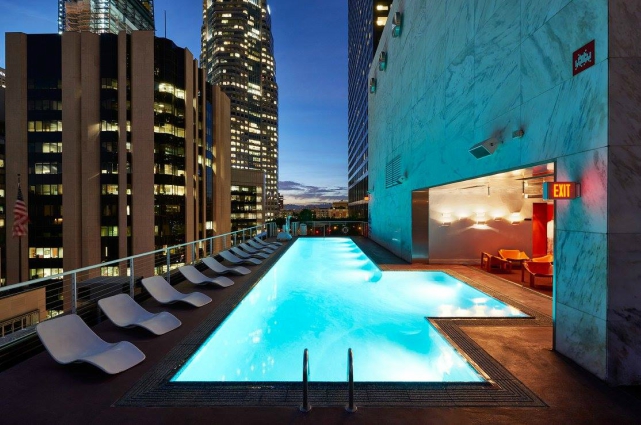 You're dying to eat a Banh Oui burger here, aren't you. (Photo via The Standard Downtown/Facebook)

Smorgasburg LA is expanding its reach. The uber-popular Sunday food festival is debuting its pop-up residency at The Standard Hotel in downtown.

Beginning May 15, food vendor Banh Oui will be slinging its pork belly banh mi, as well as items unavailable at Smorgasburg that include ceviche, fried calamari, shrimp toast, and a burger that is exclusive to the rooftop pop-up.

The pop-up is located on the rooftop of the hotel near the pool, and will run 12 p.m. to 7 p.m. during the weekdays. Banh Oui's run will extend through June 30.

"The Standard is bringing the best of Smorgasburg to their rooftop to provide a weekday lunch and happy hour dining experience for the DTLA community, following Smorgasburg and The Standard’s vision to help launch new culinary concepts to their next level," a press release from Smorgasburg notes.

This pop-up model reminds us of Alvin Cailen's Unit 120 incubator and the birth of Lasa in Chinatown's Far East Plaza. If Smorgasburg's plan is anything like Cailen's, Banh Oui might be spreading its wings and landing its very own brick-and-mortar in the near future. It's an exciting model, the only question left is who's next?

The Pork Belly Banh Oui hangin out by the pool @thestandard. We are at The Rooftop Mon-Fri from 12-7pm 🥓🥖🥒🌶🌿😎

Smorgasburg LA's pop-up is located at the rooftop of The Standard Hotel at 550 South Flower Street in downtown Los Angeles. A special parking validation rate of $6 is offered.