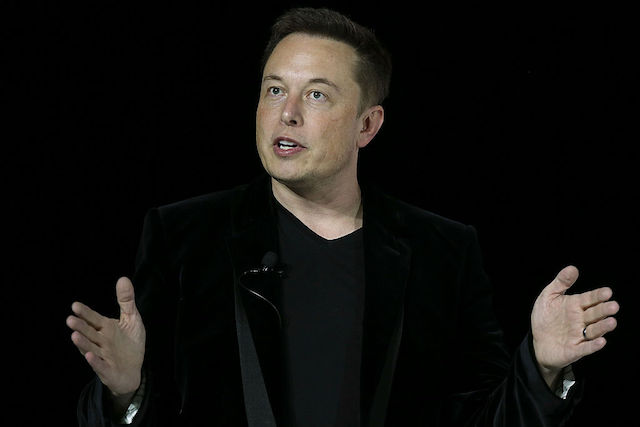 The footage shows what strapping your car to one of these sleds and hurtling at 125 miles per hour would look like. Musk unveiled the video on his Instagram page Friday.

In the post, Musk said the sleds would automatically switch from tunnel to tunnel, making the commute from Westwood to LAX take five minutes. It would also take some getting used to and looks a little bit terrifying at this point. If you’re prone to motion sickness or seizures, it’s best not to watch.

[Warning, this may cause motion sickness or seizures] This is a test run of our electric sled that would transport cars at 125 mph (200 km/h) through the tunnels, automatically switching from one tunnel to the next. Would mean Westwood to LAX in 5 mins.

In another post, the SpaceX founder said the first tunnel from his new venture The Boring Company (get it?) will run from LAX to Culver City, Santa Monica, Westwood and Sherman Oaks. He also has expressed plans for tunnels to cover all of greater L.A.

Mind you, it’s not clear if Musk has the necessary approval yet for his tunnels. A spokesperson for the Los Angeles Department of Public Works told Wired in January that City Council still needed to discuss it further before he could proceed, to say nothing of all the engineering challenges and other opposition the project will surely face. But still, pretty cool!