Of Course L.A. Is The Only Place In The U.S. Where You Can Get A Master's In Yoga 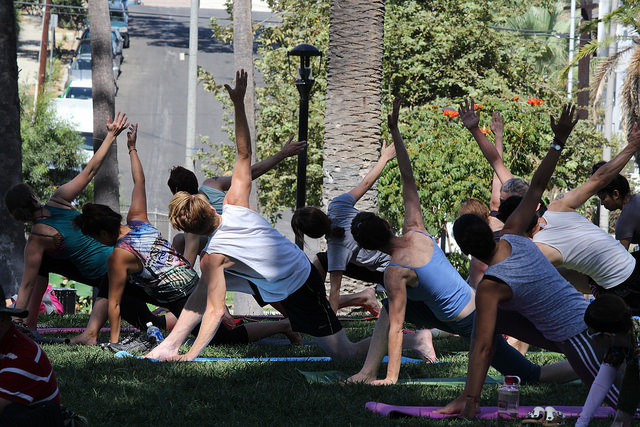 To hell with comparative lit — we’re getting degrees in Downward Dog.

Loyola Marymount is the only school in the United States where you can get a master’s degree in all things yoga, according to an L.A. Times story. Although some other schools around the globe offer yoga as a master’s program, such as SOAS University in London, the Westside Catholic school is the only place to offer it here in the States.

The four-year-old program is a lot heftier than your average yoga training program. Students study Sanskrit grammar, anatomy and history during the two-year program, reading texts such as the “Yoga Sutras,” the “Upanishads” and the “Bhagavad Gita” in the original Sanskrit.

The program comprises five full- and part-time professors leading about 30 students, who range in age from their 20s to their 60s. A few even drop out each year when they realize the amount of reading and writing involved.

It makes sense that this would happen here, seeing as how we’re so yoga-crazy that we even partake in goat yoga. But L.A. also is the place that housed some of the first yogis who came to the United States, and currently more than 40 million people in the U.S. say they do yoga, according to the Times. Beats a degree in journalism, eh?