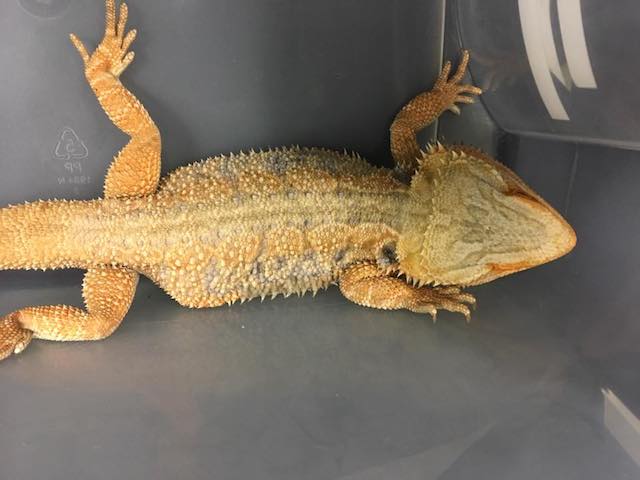 There’s nothing like seeing a big lizard in the middle of the street to wake you up from your Saturday morning haze.

The Alhambra Police Department this morning picked up a medium-sized bearded dragon on Main Street in Alhambra, City News Service reports. The department said the little guy was just “sunbathing” and told LAist that he was probably someone’s pet.

Just a little bit of fun animal facts for you: bearded dragons originally come from Australia and can grow to 2-feet long in captivity. Their throats can expand in courtship or as a sign of aggression — hence the “beard” — and they’re generally not harmful to humans, so are kept as exotic pets. Their generally chill nature also makes them ideal for meme-ification. 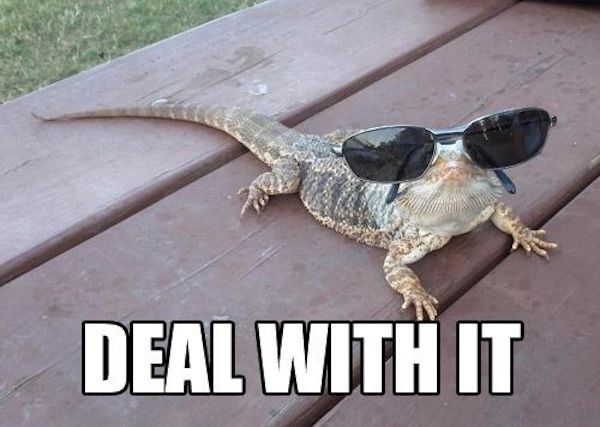 Animal Control did not have any immediate additional information about the animal. Alhambra PD asks that you contact Animal Control if you have any knowledge of a missing bearded lizard at 562-940-6898.