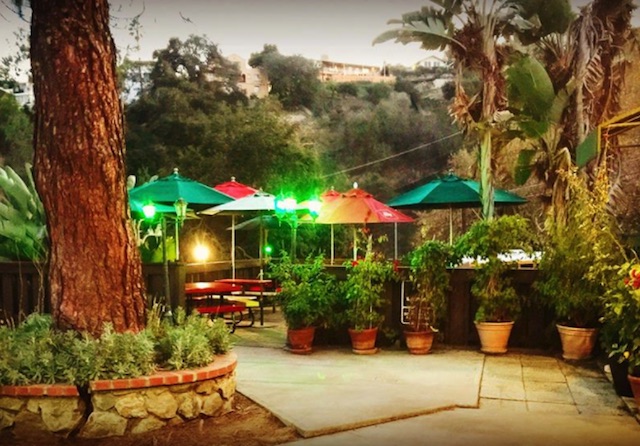 The bizarrely cold weather we got this week is a reminder that summer is still a ways off (technically, it starts on June 20). But hey, L.A. is supposedly a season-less town anyway, so if we want it to be summer, it's summer.

At any rate, the Griffith Park Beer Garden will be unveiled this weekend to celebrate the faux summer, and it'll be slinging out brews on Saturdays for the next four months. As noted at LA Weekly, it'll take shape at the patio of the Roosevelt Cafe in Griffith Park. The patio is year round—what turns the patio into a beer garden is an expanded beer list, extended hours, and a live DJ.

Some (potential) patrons sent in their queries on the garden's Facebook page, and planners answered them dutifully. So, FYI:

Can you bring your dog? Pets are welcome. But the organizers note that the space may get crowded, and you may want to scout out the place first to see if your doggo would be cool with it.

What's on tap? There'll be selections from Coronado Brewery, Baja Brewing, Garage Brewing, Indie Brewery, and others. Which is to say that the spread focuses on Southern California (and parts of Mexico). "Our goal is to support local, craft breweries," say planners.

What can I grub on? Much of it will be supplied by Farmer John, Vin Scully's imaginary friend. Planners say that, yes, there will be bratwurst (what's a beer garden without it?), as Farmer John does their own variation on it. There's also the Roosevelt's regular menu, which includes everything from burgers, to philly cheese steak, to shawarma (the Roosevelt is connected to a golf course there, which explains the wide range of sports grill foods).

Is it 21+? Families are welcome. There are even highchairs for the kiddos.

And if you have a hard time deciding on what to drink, there'll be a $20 "Beer Garden Special" that includes a flight of four beers and your choice of sausage—truly a bounty of summer marvels.