How Bacaro's Chef Created A Dessert In Memory Of His Father 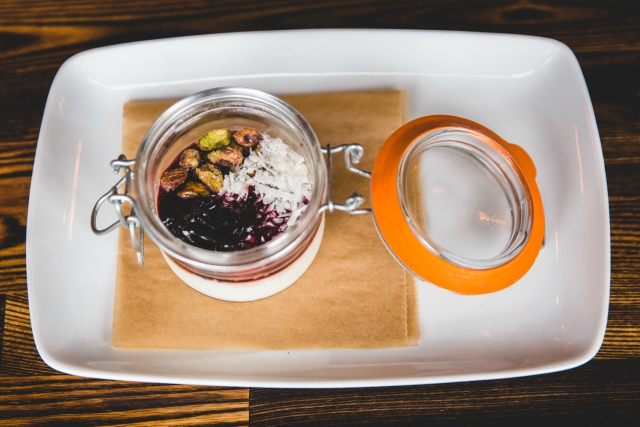 Among a collection of brand name corporate restaurants, Bacari GDL is a welcomed change of pace. The dining room—despite its position inside Glendale's Americana—feels right at home along the Spanish coast in some quiet village, or on Allenby Street in south Tel Aviv. Chef Lior Hillel might be more familiar with the latter. He is an Israeli himself, having grown up in a moshav (a small Israeli farming community) northeast of Tel Aviv. Hillel would move to Southern California in 2005 to train at Le Cordon Bleu in Pasadena. And he would spend some time at the Michelin three-star restaurant Jean-Georges in Manhattan, before returning to L.A. to take over the kitchen at Bacaro in 2008. Hillel turned the USC-adjacent wine bar into a hot spot of Mediterranean-inspired tapas—years before it became a trend (he would roll the success into Bacari PDR, opened in 2014, and Bacari GDL, opened in February). Then, about eight years ago, his father died. "I was a mess for about 2 years after that," Hillel said, the memories seeping back in.

"There was a place my dad used to take [me and my siblings]," Hillel explained. "It was this little place along a backroad on the way to [David Ben-Gurion airport]. I remember a VW minibus and eucalyptus trees, and this malabi that we would always get. I wanted to recreate that."

Malabi is a traditional Middle Eastern custard dessert. The sweet pudding is usually topped with a fragrant syrup. In Israel, the dish is typical of Sephardic and Persian Jewish cuisines.

So Hillel set out to make that roadside malabi he remembered—an exercise in reverse engineering and a testament to his father. "It took me three or four weeks of redoing the recipe over and over again to get it right," he explains. It was the consistency of the custard itself ("though, it's not technically a custard anymore because there's no protein") that took the most work. But the effort paid off. 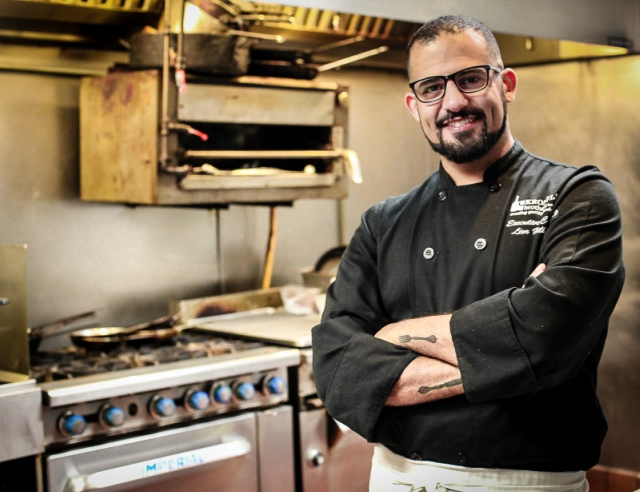 "When I finally got it right, I made three or four jars of it, packed them up, and brought them over to my brother," Hillel continues. "I told him, 'here, you've got to try this.' He ate one, then a second, then asked, 'do you remember that place dad used to take us with the VW and the eucalyptus?'" Hillel pauses at this point. "I get chills everytime I tell this story. It is everything I wanted to do with my cooking. I reached into someone's memory and brought it back."

And Hillel's brother is not the only one. "I've had 40, 50, 60-year-old grown men tell me that this reminds them of their grandmothers. They have tears in their eyes."

The malabi at Bacari GDL arrives in a small jar, unassuming. A layer of white pudding is topped with a deep violet hibiscus syrup, shreds of coconut, and pistachios. The pudding itself is a thick cream with a rosewater aftertaste. "The rose is very fragrant," Hillel says. "It's too much for some people, but others love it." With this, he has found the right balance.

The hibiscus syrup adds a floral acidity, and the lightly toasted pistachios give the dish a crunch. "This is the dish that reminds me why I do what I do," Hillel announces proudly.

It is the sort of dish that connects diners to a chef, and a chef to his roots.