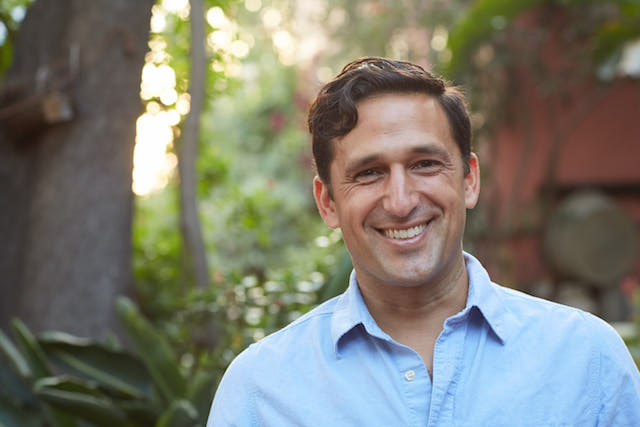 [Update: 3:40 p.m.] The L.A. Times has officially rescinded their endorsement of City Council candidate Joe Bray-Ali. In an editorial released Thursday afternoon, the Times editorial board wrote that the revelations uncovered by LAist about Bray-Ali's comments on the online forum Voat were "so deeply disturbing — raising serious questions about both his judgment and his character — that The Times has re-evaluated its original position." According to the editorial, this is "the first time in recent memory" that the paper has rescinded an endorsement.

The editorial board wrote that the "specific catalyst for the decision" was Bray-Ali's participation on Voat, which the Times describes as "a 'no censorship' social media site which has become a haven for racists and bigots." The editorial board re-interviewed Bray-Ali on Thursday, and although he apologized, they found his explanations to be insufficient:


He has said that he went on the site to “track” bigots and hatemongers out of “morbid fascination” and that he sought to pick fights with them. But there’s no indication that he was “tracking” anyone, and picking fights is exactly what he didn’t do. He participated in the conversations without once criticizing the headlines, the participants or the subject matter, without once noting that such talk was unacceptable or offensive.

In a release sent out on Thursday afternoon, L.A. City Council hopeful Joe Bray-Ali said that he will not be dropping out of the race for the District 1 seat. This announcement was made after LAist uncovered a trail of offensive comments left by Bray-Ali on a Reddit-like online forum called Voat, and after Councilman Mitch O'Farrell rescinded his support for Bray-Ali.

The statement provided a slant on Bray-Ali's participation in the online forum:

Joe explained his participation as an attempt to engage with bigoted voices who were banned from standard online forums in an attempt to dissuade their close-minded perspective and to learn their mindset in purveying hateful rhetoric. The comments were made on forums with salacious and repugnant subject matter, for which he has apologized.

Bray-Ali, a small business owner and bike activist, will face City Council incumbent Gil Cedillo in a runoff election on May 16 for Cedillo's District 1 seat. As recently as a little over a year ago, Bray-Ali made comments on a racist forum called "v/Niggers," as well as comments on "v/FATPEOPLEHATE," a forum devoted to mocking overweight individuals. A similar "FATPEOPLEHATE" forum was originally housed on Reddit, but it migrated to Voat after it was banned from Reddit in 2015 when the site adopted anti-harassment policies. Bray-Ali also wrote on a separate Voat thread that gender reassignment surgery for transgender individuals should be "criticized as a shameful excess."

Bray-Ali told LAist that he apologized for the comments, and told the L.A. Times that he regretted making the statements, while adding a slightly different spin. “Many of the things that I wrote, I didn’t even believe them when I wrote them,” Bray-Ali told the Times. “I was trying to have an argument with racists online. I found a place where they go and I tried to spark an argument with them.”


I saw in Joe Bray-Ali a person with deep roots in the 1st district, a passion for public service, and an independent approach to addressing the challenges facing Los Angeles...but I am deeply disappointed by his highly insensitive comments in online forums that breed hate and dehumanize already marginalized communities. People that I love and care about are hurt by these comments. There is no place for this type of speech anywhere, especially in the City of Angels, and I am concerned he has compromised his ability to be an effective leader. Therefore I can no longer support Joe Bray-Ali for Los Angeles City Council.

It's unusual for a member of City Council to endorse a challenger over a fellow incumbent, making O'Farrell's endorsement particularly important the race.

The L.A. Times has twice endorsed Bray-Ali in the high-profile local election. It's unclear whether or not they will maintain their endorsement.