Inside The 'Casablanca'-Themed Restaurant In Venice

Casablanca, the movie about romance but also "an emotional cry for unity among people fighting the rising tide of Fascism," turned 75-years-old earlier this year. So, what are we doing here in Venice eating tortillas? There's a nearly 40-year-old spot in the neighborhood that's dedicated to both the classic film and serving up not Moroccan, but delicious Mexican fare.

Carlos Haro, Sr. opened the Lincoln Boulevard restaurant in 1980, with "a deep love for Hollywood movies, [it] became a one-of-a-kind themed restaurant combining fine Mexican cuisine with the 1943 Academy Award winning movie featuring Humphrey Bogart and Ingrid Bergman." The movie was a favorite of the late Haro's, and the restaurant is now run by by his son Carlos Haro, Jr., who has kept the theme alive.

Inside you'll find a life-size Rick Blaine, along with posters and murals featuring him and Ilsa Lund, along with other items from or referencing the film. They claim to have "one of the largest collections of Casablanca memorabilia in the world." That includes that giant fiberglass Bogart, and more personal pieces, like the handprints left there by Leonid Kinskey (bartender Sascha), Dan Seymour (the bouncer) and Paul Henreid (the Nazi resistance leader)—look for them by the door.

But among the Old Hollywood kitsch and unique surroundings, you'll also find some of the best tortillas in L.A., and that's what you're really there for. This place is known for them. 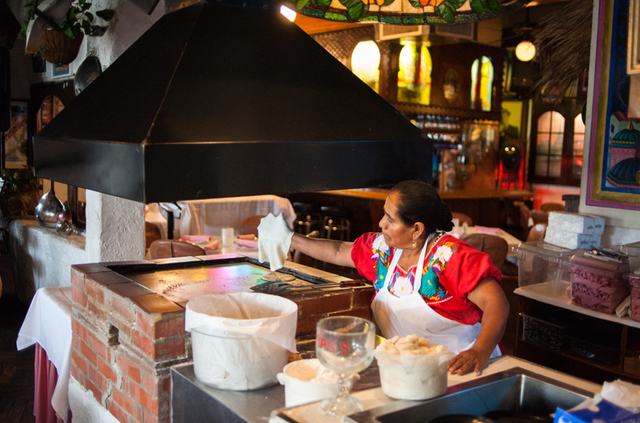 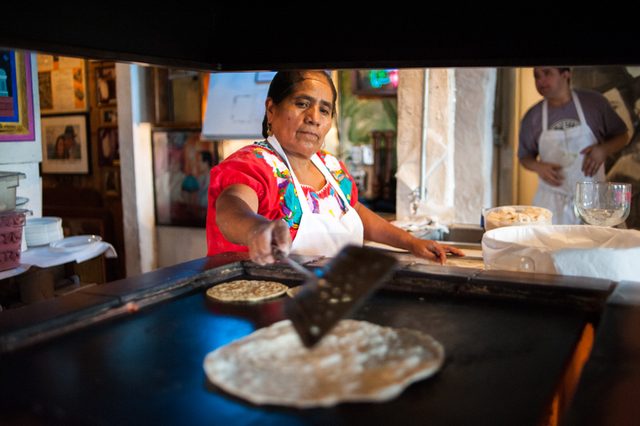 Get anything else on the menu, it's all pretty good, but don't pass up the tortillas, which—if you're sitting in the dining area (and not the bar area)—you'll see created right before your eyes. They'll be served up hot, and with a side of green salsa (made with avocado, cilantro and cheese, among other secret ingredients). Wash it down with a margarita made tableside.

Casablanca is located at 220 Lincoln Blvd. in Venice.