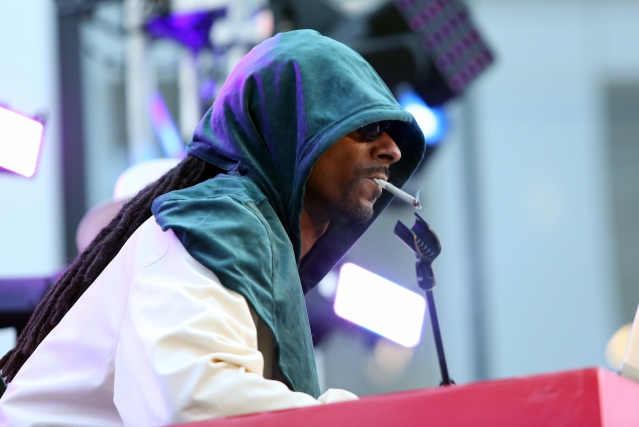 Celebrating the holiest of High Holidays, 4/20, boils down to personal preference. You don't need us to explain the difference between joints, edibles and bong-rips — what you need is a glimpse into how the vanguards of the crafts are getting high. And if there's one Californian who's smoked enough cannabis for the entire state population, it's Snoop Dogg. The Long Beach native's discography is heavy with mentions to his pastime of choice; countless weed references in the cultural zeitgeist lead back to Snoop, and today we honor him by analyzing the highlights of his 4/20 tweeting spree.

Snoop was prompt, busting out a celebratory 420 tweet a little after midnight. It's arguably the most important day of the year, in case you didn't know.

Did you think Snoop was one of those people who gets high and just forgets about the industrial-prison complex? Think again!

I may b next lil bruh great chess move 👊🏾🙏🏾 https://t.co/xcQuEKOPVn pic.twitter.com/a8382CTvCZ

2016 was the year we learned the true extent of “Taketh Away.” Idol after idol departed from our earthly realm and today Snoop Dogg pays tribute to one of the fallen, the late Prince. This is what it sounds like…when doves get high.

It’s not Snoop’s first time at the proverbial 4/20 Rodeo — he knows he has a duty to recognize history’s premiere stoner, Bob Marley.

Just some light marketing for his upcoming film, Grow House. This man is never not working!

We’ve all engaged in some degree of Obama Nostalgia in the past few months, and this photoshopped meme (again, it's not a real photo) of the commander-in-chief of yesteryear is pretty much a "two birds, one stone" type of thing.

Good lookin. B. O. On the session earlier 🌤🍀👍🏾 https://t.co/c2e5fllzds pic.twitter.com/4gLTp2zNsm

Snoop posted a photo of himself in Lynwood, California. For someone who has probably been high for at least 12 hours, he looks composed and pensive — the marks of a true veteran.

We're over halfway through the day, so grab your lighter and buckle up—Snoop's marijuana-related content is likely just getting started.