Doughboys And Its Red Velvet Cake Are Gone (For Now) 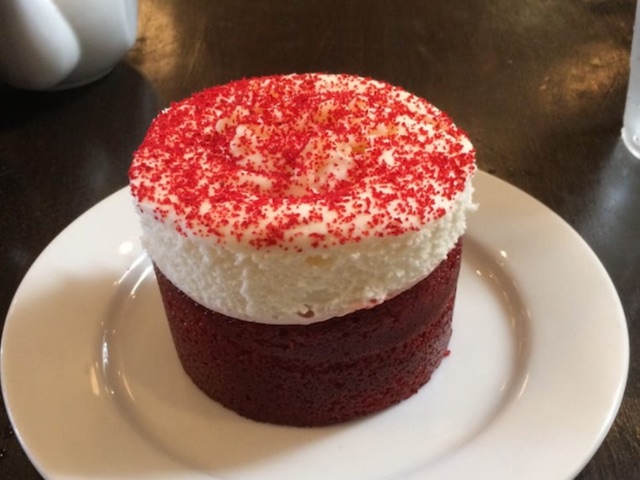 Doughboys Cafe & Bakery, the West Third Street shop known for its scrumptious red velvet cake and gratifying brunch options, has closed its doors, reports Eater LA. The final day of service was this past Sunday.

A note, taped to the front door, confirmed the sad news:

This has been a very difficult and emotional decision for the owners to make but one that is necessitated by business circumstances. Continual rising costs—food, labor, and operating expenses—have made our business model of serving 'great food in large portions at a great value' impossible to continue to maintain.

The note also paid respects to the late Frank Waldman, who was the original owner of Doughboys. Waldman, a French-trained chef, opened the cafe back in 1992. While the restaurant did well for itself, there was also plenty of business-related turmoil, as detailed in this earlier Eater LA write-up. Doughboys closed in 2007, but opened again in 2010 under new ownership. Waldman died about a month after the re-opening.

There is some cause for optimism, however. As stated in the note, there may be a "Doughboys on the Run" coming up in the "near future." We assume it refers to a truck or pop-up, or maybe some sort of insane marathon where the winner gets a plate of red velvet pancakes. Whatever it is, we await its arrival.