Fred Durst Is Into Jazz, Apparently, And Is Hosting A Weekly Jazz Night In Hollywood 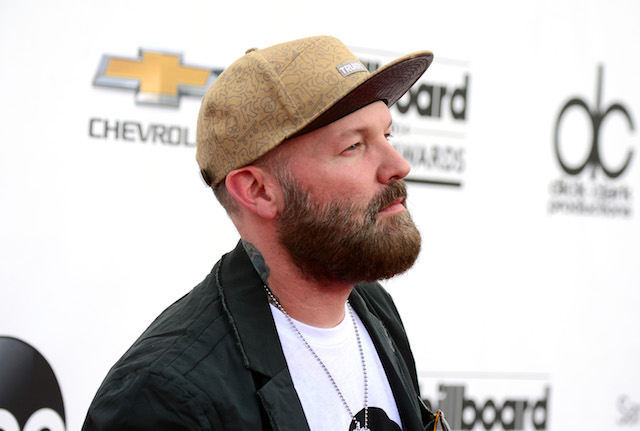 LA Weekly did God's work recently and investigated an exciting, thrilling, boundary-pushing new event in Hollywood: Fred Durst's jazz night. Every Thursday night at Black Rabbit Rose in Hollywood, Durst will MC a jazz event featuring young, local talent. The reservation-only event goes by Fred'z (with a Z) and, if LA Weekly is right, the music is actually pretty great.

Fred explains how jazz has always been a passion of his outside his Limp Bizkit career. He hoped to start something both "sexy and cool," and felt the mainstream acceptance of La La Land was the perfect motivating tool for getting the jazz night off the ground. He's quick to recognize how the event is off-brand for him, mentioning the fear of hearing, "Oh, Fred Durst’s doing a jazz night? What’s this, lounge versions of ‘Nookie’?"

These stereotypes haven't prevented him from following his passion, though, because he's reached a new level of serenity in his own life. He's learned "to embrace the now instead of worrying too much about tomorrow and dwelling on yesterday," and that means embracing the opportunity to book jazz bands and feature new talent he gets excited about.

This isn't a usual jazz night, though—it's a magical one. Black Rabbit Rose, the bar hosting the event, is the newest space from Hollywood nightlife mavens the Houston Brothers. Rather than recalling another decade in the vein of their other bars (Davey Wayne's, Break Room 86), Black Rabbit Rose focuses on integrating magic into the nightlife experience. It offers ticketed magic nights and flashy cocktails, along with plenty of magic-themed decor. You also get magic at the front door, when someone does a magic trick for you, and there’ll be short magic shows during the intermissions as well. LA Weekly asked Durst if this was an active element of his vision for the jazz night, to which Durst responded, "Magic brings another dimension into this, you know, “How?!” “Whoa!”"

So if you're seeking the opportunity to think to yourself, "How?! Fred Durst is hosting this jazz night and the musicians are very talented, and maybe I'm somehow having fun at a bar in central Hollywood, and maybe Emile Hirsch is in one corner and Jerry Cantrell's in another?", then look no further than Black Rabbit Rose on Thursday nights.