This Year Set To Be The Most Crowded Coachella Yet 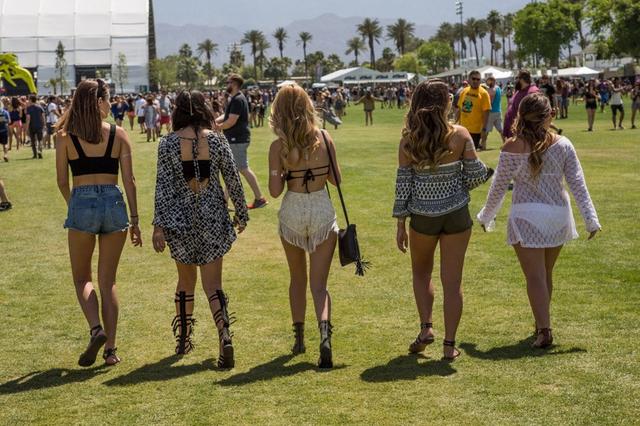 The Coachella Valley Music & Arts Festival — the harbinger of the annual grotesquely sweaty festival season — kicks off its first weekend of performances this Friday, and it's expected to be the most crowded Coachella yet, according to NBC 4.

Last year for reasons unknown to us (just kidding, it was probably related to money!) Indio City Council unanimously voted to up the festival’s capacity from 99,000 to 125,000. Because if you’ve ever been to Coachella you’ve thought “Wow, if only there were more people here!” at least once.

The Desert Sun reports that the capacity increases will take place gradually, and that Goldenvoice will also be expanding the venue size by about 50 acres.

Radiohead, Lady Gaga, and Kendrick Lamar will be headlining both weekends along with a solid lineup of supporting acts. Joining the giants will be must-see performances across all genres, including sets by Mitski, Gucci Mane, Lorde, Nicolas Jaar, and many more.

If you weren’t one of the many rabidly refreshing your Internet browser eons ago to snag a general admission festival pass, you’re out of luck. Tickets are sold-out, but Coachella Valley residents have a glimmer of hope; a local-only sale for weekend passes will be held on April 19. Everyone else will be doomed to watch the festival from their screens where it will be live-streamed throughout the weekend.