L.A.'s Tap Water Is Officially As Clean As Bottled Water 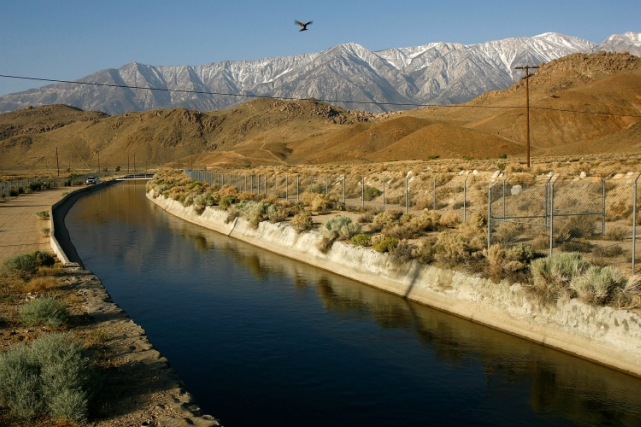 You've no doubt heard it before: "L.A.'s water is terrible." Usually, it's a transplant throwing the shade, complaining that the water in their [insert home city] is "so much cleaner." The negatively perceived quality of our water is also, undoubtedly, the straw man for the eternal battle over L.A.'s pizza/bagels/bread/etc., because it's much easier to debate than to admit that we tend to prefer the taste of whatever we grew up with. Well, now there's a little science to throw back at all the L.A. water haters: tap water in Los Angeles is just as clean and healthy — if not better—than bottled water, or filtered water, says the LADWP.

"Save your money," said Albert Rodriguez, a spokesman for the LADWP, reports KABC. "Your water coming out of your tap is just as good or if not, better" than bottled water or water treated with various devices. What's more, at half a cent per gallon, it's a whole lot cheaper, too.

The improved taste and quality of our fair city's drinking water is a result of a change in how we treat it.

"We're zapping the water without any sort of chemicals, without any other type chlorine," Rodriguez said, discussing the department's UV light treatment plant. "What this does, it removes any impurities from the water at a microscopic level."

Let's back up: this is not to say all of Los Angeles' water is zapped by UV light, or currently goes un-chlorinated or un-ammoniated. DWP still runs 25 chlorination stations, and 9 ammoniation stations. LAist reached out to LADWP to figure out the ratio, but has yet to get a response. We can say, however, that a second UV light treatment plant will be opening up in Granada Hills by 2020, further changing the ratio.

"In May 2014, LADWP expanded the use of chloramine disinfection to most of our water distribution system to comply with the new rule," the briefing book continues. "Chloramine is formed by mixing chlorine and ammonia. Both chlorine and chloramine are approved disinfectants for use in drinking water by the United States Environmental Protection Agency and the California Department of Health."