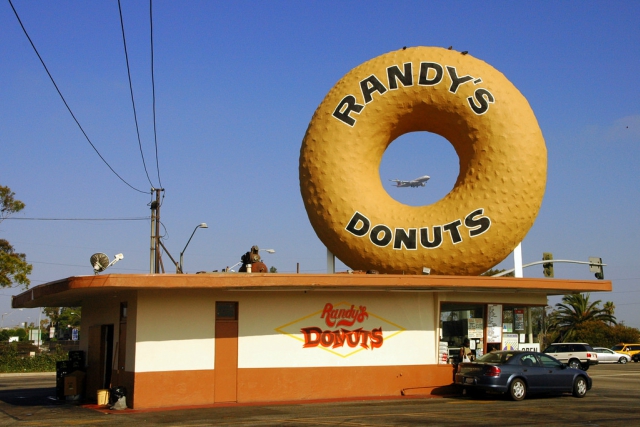 (Photo by Joits via LAist Featured Photos pool on Flickr)

It may well be one of L.A.'s most iconic signs: that perfectly round donut glazed only with the words "Randy's Donuts." The donut, which has greeted diners and passersby at 805 W. Manchester Boulevard since 1953, has been Randy's (or, more correctly, Ron and Larry Weintraub's) since 1978. But, as our friends at Eater report, the brand is expanding into Century City.

Eater cites this building permit as proof of the forthcoming expansion, as well as this post to Westfield Century City's Facebook page:

Randy's arrival at the food court tops a list of new names (including Eataly and Din Tai Fung) that are remaking the decades-old mall. No official opening date has been announced, but Eater anticipates a summer opening.