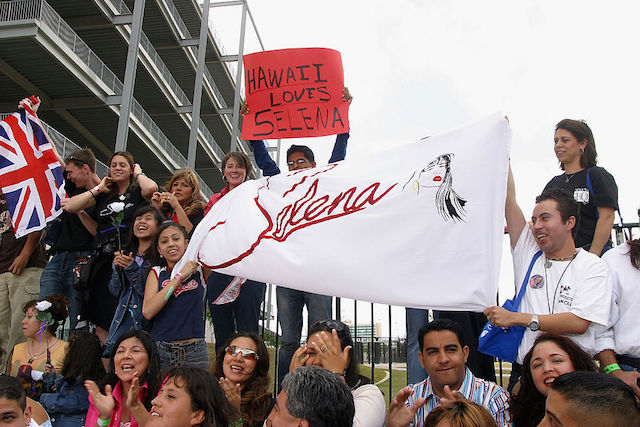 The legacy of the iconic singer Selena was alive and well on Saturday in Lincoln Heights. The Eastsider reports hundreds of fans gathered at Plaza de la Raza to pay tribute to the artist, who died 22 years ago after one of her employees and fans fatally shot her. The event was organized by Roger Gomez of LoveSelena.com and featured performances, tributes, costume contests, and fan artwork. Check out some of the best photos from the event below.

Credit to @orangehouse_577 Everyone lining up for the #selenafashionshow hosted by @jccjr87 and I. The list filled up really quick and we even had last minute signups. It all turned out great and I would like to thank everyone who participated. Thanks to Julio for making the dress and @rpalomo92 for styling my hair 🌹😘#selenafangathering