Downtown is about to get a new bar. Or, rather, it's about to resurrect an old bar. According to LA Magazine, the WWII-era Rhythm Room at 6th St. and Spring St. is going to see new life starting this summer. Owners Cindy La and Vincent Vongkavivathanakul plan to keep its legacy as a jazz and blues nightclub while infusing it with a restaurant, coffee counter, and plenty of games.

The Rhythm Room was an integral element of mid-century life in downtown Los Angeles. It occupied the basement of the iconic Hayward Hotel, one of the first high rises in Los Angeles, where it remained until 1972, when the Hayward was boarded up as the Spring Street district entered financial collapse. The hotel itself has undergone an extensive restoration process in the past 15 years, and the newly-improved Rhythm Room will bring the whole building back to its former splendor.

According to LA Magazine, the new owners plan to restore the entire space while keeping many of its original architectural elements, including the same marble staircase people descended during the Rhythm Room's original run. A lot of the 1920s-era decor has survived, and the bar is documenting much of the restoration process on Instagram. The bar is expected to open in June. 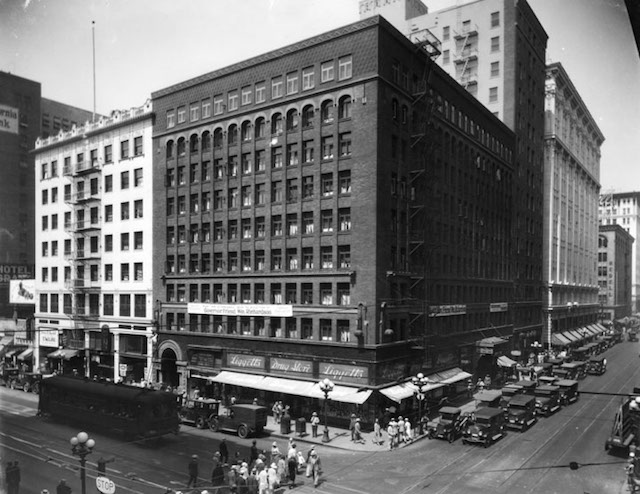 The area around 6th and Spring has seen lots of redevelopment in recent years, as the Spring Street Arcade fills with tenants and nearby South Broadway re-emerging as a cultural hub for downtown. It also sits a couple blocks away from Skid Row, which, despite narrowly deciding not to create its own Neighborhood Council, still holds a prominent role in the conversation around development downtown.