Treasury Sec. Steve Mnuchin All But Apologizes For Plugging 'The Lego Batman Movie' 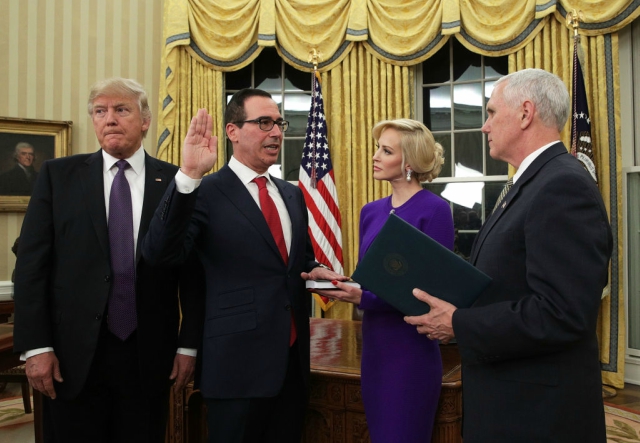 Is The Lego Batman Movie the best movie of the year thus far? Quite possibly. Has it grossed nearly $300 million internationally to date? Yes. Is it an ethics violation for current US Treasury Secretary Steve Mnuchin (who served as executive producer of the film) to endorse it? Absolutely.

Speaking at an event hosted last week by news start-up Axios, Mnuchin stated, “I’m not allowed to promote anything that I’m involved in. So I just want to have the legal disclosure, you’ve asked me the question, and I am not promoting any product. But you should send all your kids to Lego Batman,” notes The Hollywood Reporter.

And, just a reminder, here is what the U.S. Code of Federal Regulations says on the matter:

On Friday morning, NBC News published a copy of the letter Mnuchin sent to the Office of Government Ethics in which he all but apologized for his non-recommendation.

"I want to assure you that I was aware of the rule against using public office to promote a particular product, as I specifically acknowledged in the interview, and in responding to the question posted by the interviewer, it was not my intention to make a product endorsement," Mnuchin wrote to OGE Director Walter Shaub.

This is the second high profile brush with the OGE over an alleged product plug from a member of the Trump administration in two months. In early February, Trump advisor Kellyanne Conway said, "Go buy Ivanka's stuff," during an interview with Fox News' Fox & Friends, reports NBC News.

In response to Conway's comments, White House Press Secretary Sean Spicer stated, Conway "has been counseled on that subject, and that's all."