The Eight Best L.A. Eats That Aren't Actually From L.A.

Los Angeles has incredible food, full stop. From our hyper-specific regional cuisines (food from Jalisco and Oaxaca, for example) to vegetable-focused shared plates, there’s no shortage of transformative dining experiences in our massive metropolis. With the recent opening of Voodoo Donuts in L.A., though, it's clear that some of our best eateries are actually the Los Angeles offshoot of another city’s claim to fame. It can be hard to tell; these places blend into the cultural fabric so effectively that it’s almost like they never existed anywhere else. And hey, we live in a city where people leave their past at the door. Why would restaurants be an exception? Here, we list some of our favorite places that aren't native to Los Angeles. 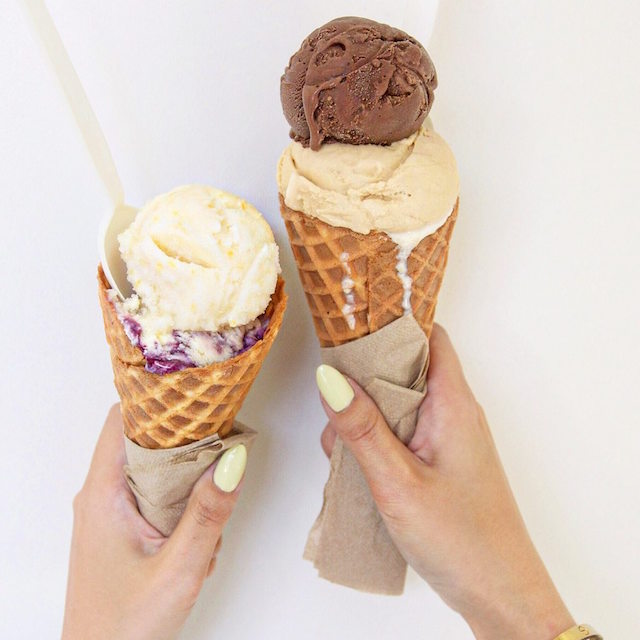 This entire list could consist of ice cream shops, but rather than wax poetic on the milkiness levels of various outposts, we're putting our favorites under one banner. Sure, Sweet Rose Creamery and Handel’s are local, but also among our favorites is the Holy Trinity of Jeni’s, Salt & Straw, and McConnell’s. Jeni’s is originally from Columbus, Ohio, and has since established itself as a massive operation with unprecedented quality control despite a high number of locations across the country. Salt & Straw came down our way from Portland, Oregon, and with it came the cult of esoteric flavor combinations (some of which are a little weird, quite frankly, but the good ones make up for it). McConnell’s landed in L.A. after a long legacy as a quality family-run business in Santa Barbara.

Jeni's scoops out of Los Feliz and Venice, Salt & Straw has five locations around L.A., and McConnell's is in downtown L.A.'s Grand Central Market, Los Feliz, and Studio City. 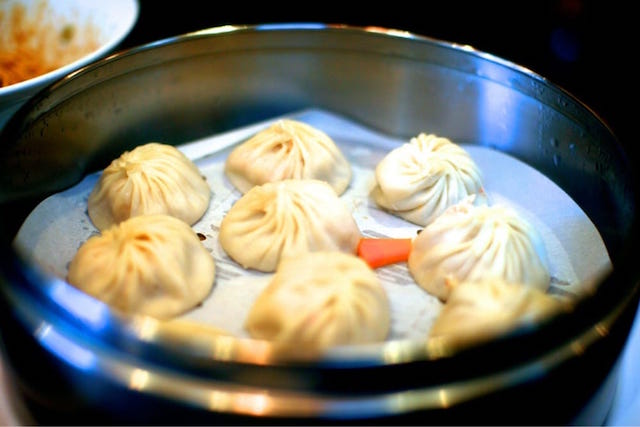 Din Tai Fung, which originates from Taiwan, is a rite of passage for anyone in Los Angeles, if for no other reason than to learn how to expose yourself to excessively long waits for food. The obsession comes from their xiao long bao, which to some is the best in L.A.—all thanks to that super thin skin. While many argue the devotion is overhyped (Long Xing Ji does not require a two-hour wait, and its regular and jumbo sized dumplings are fantastic in their own right), no one can deny its cultural importance. The original U.S. location closed last summer, but the Westfield Santa Anita and Glendale locations are still going strong. As massive as its local outposts are, though, they’re really a blip on the restaurant’s international empire. Din Tai Fung is also in Orange County and Seattle, besides having dozens of locations across the entire Pacific Rim.

Din Tai Fung is located at the Americana at Brand and Westfield Santa Anita. 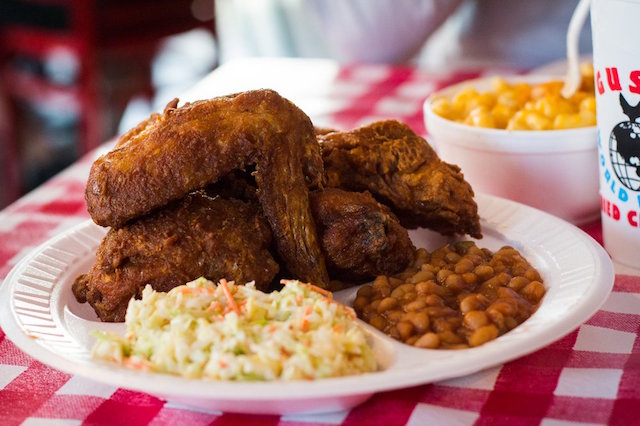 Gus’s World Famous Fried Chicken occupies the entire corner of Crenshaw and Pico. The sign lights up above the short buildings in the area, sending a beacon of true chicken goodness out into the busy mid-city streets. Open the front door, and the fumes of oil and fat, as well as the transcendent power of crispy chicken skin, meet you square in the face. L.A. has some good, homegrown fried chicken (Honey's Kettle in Culver City comes to mind), but Gus’s is a next-level thing of beauty. The Tennessee-based fried chicken operation doesn't have the mind-numbingly spicy fare of Nashville’s Prince’s; rather, it’s a separate Tennessee version of juicy, hot and spicy chicken. Even LA Weekly's Besha Rodell is obsessed, describing the experience as follows in this year’s Freshman 15 list:


It seems as if they have somehow taken the skin of the chicken, imbued it with a slow-burning heat and lots of salt, and crisped it to the point where the fat has liquified and re-fused and created a perfect amalgamation of crackling schmaltz and cayenne. 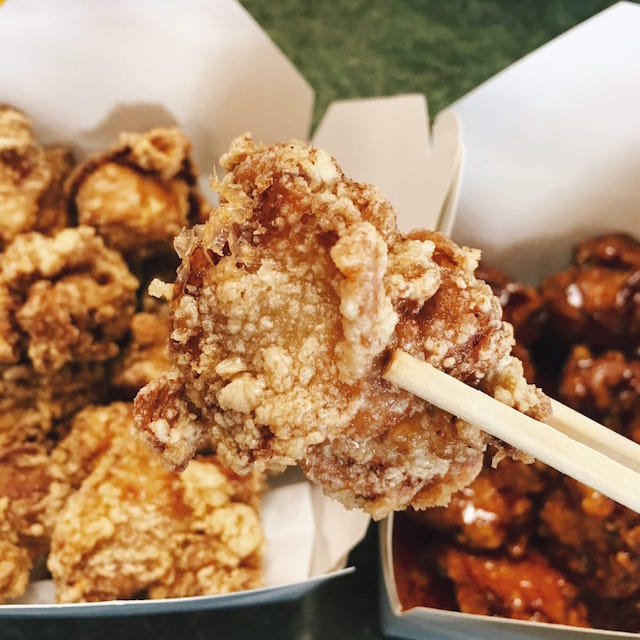 While Gus's reigns supreme when it comes to American style fried chicken, a whole other universe of Japanese karaage is out there waiting to be explored. One of the best places to do so is at Tenkatori, in either Gardena or Costa Mesa. The Japanese fried chicken spot originally was doing U.S. pop-ups at Murakai Market in Gardena before opening a full-fledged stand. The original location opened in 1955 in the Oita prefecture in Japan. The chicken is fried to order after sitting in a garlicky marinade and is so well-seasoned it doesn't need anything extra (though, if you want some, they serve karaage covered in a sweet and sour sauce as well). Their balance of tender meat and crispy skin comes from double frying the chicken—first to cook the chicken, then to crisp the skin. What comes out are chicken nuggets in their most ideal form.

Tenkatori is located in Gardena and Costa Mesa. 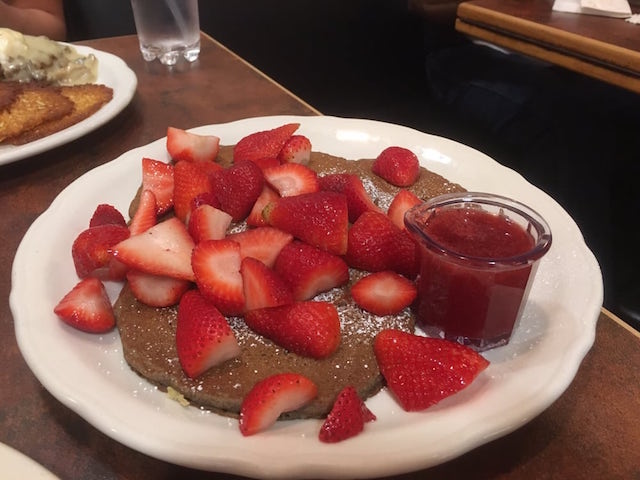 Torrance and Redondo Beach are often uncharted territories for people who live in other parts of L.A. One of the best parts of the area, though, comes in the form of pancake goodness. The Original Pancake House, which borders the two neighborhoods, is by leaps and bounds superior to other pancake places. Nothing compares to the fluffy, fresh, incredibly soft goodness of Original Pancake House’s pancakes.They’re probably even better than the ones your dad made on Sunday mornings as a kid. Send those memories to the graveyard and accept your Pancake Lord and Savior.

Here’s the thing, though: it’s a chain. A Portland-based chain, in fact (what is it with Portland franchises?). It started up in Oregon back in 1953 and has since expanded all across the country, as well as into Japan and Korea. The other two Southern California locations are in Anaheim and Whittier. They also have amazing dutch babies, which are surprisingly hard to find elsewhere. Make sure to go during strawberry or peach season, for the love of all that is holy. 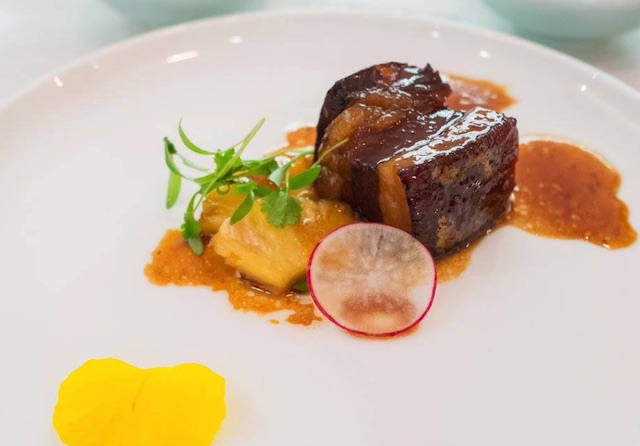 At first blush, you might take the newly-arrived restaurant as a composite of both Chengdu Taste and Szechuan Impression (both of which have launched the Sichuan renaissance in Alhambra). Chengdu Impression, however, is very much its own style. Originating from Chengdu, China (and with 37 restaurants overseas) the Arcadia outpost marks the restaurant's entry into the U.S.

Walk into the Arcadia location, and you'll find that it's different from the Alhambra locales in both flavors and temperament. The spot is sleek and minimal, and dinners comprise of a prix fixe menu (for lunch, however, you can order freely). Patrons might run into the pork belly, which is expertly cooked and contains the perfect ratio of fat and meat. There's also a very Instagrammable panda-shaped tangyuan (glutinous rice ball), as well as an assortment of stewed mushrooms, and an intriguing dried beef appetizer that's like a next-level presentation of beef jerky. You'll also get your fill of dumplings and noodles.

While many of the items seem familiar on paper, they come with a modern slant when they arrive on the plate. —Tim Loc 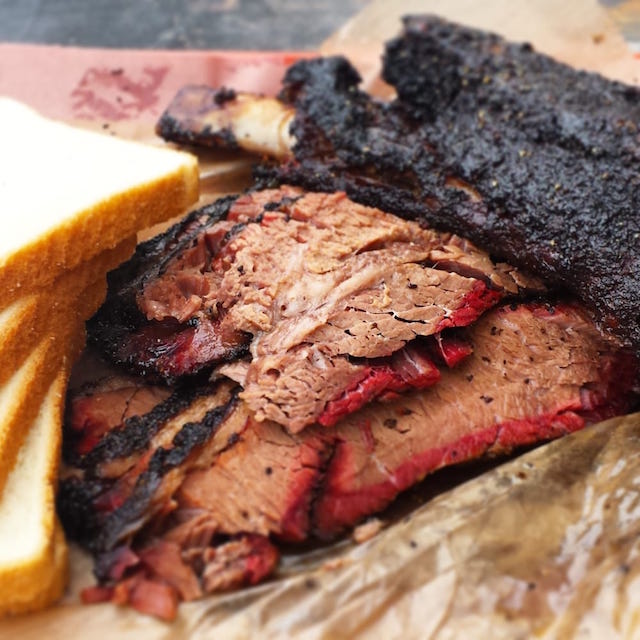 So, La Barbecue isn't here yet. But L.A. is on the brink of explosion waiting for the barbecue joint to open, especially considering the closure of Bludso’s in Compton, and a relative lack of consistent smoked meat options in this city. The famous Austin barbecue spot announced an L.A. location on its website a few months ago, but the official opening date and its location are still kept under wraps. La Barbecue in Austin is run by LeAnn Mueller, whose father Bobby Mueller was a legend in the Taylor, Texas barbecue scene. It's only a matter of time before the L.A. outpost opens.