Yuca's On Hollywood Is Moving After New Lease Was Denied 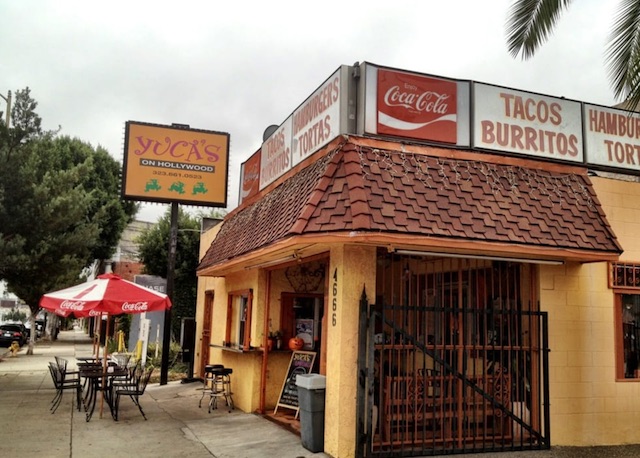 The Yuca's on Hollywood Boulevard in Los Feliz is closing after its landlord declined to offer a new lease, reports Eater LA. The owners say that the restaurant will be shuttering on April 22.

The news may be causing panic among local denizens, but fret not, as handlers say that a new location is expected to be on the way. Per a note posted up on Yuca's building:

Regretfully, after 10 wonderful years, Yuca's on Hollywood will be closing its doors on Saturday, April 22.

We have developed many friendships and loyal customers in these times, and we shall miss feeding you all.

We are very grateful to everyone who has been part of our Yuca's family, especially our staff.

We will be opening another Yuca's location nearby in the immediate future.

Perhaps you're the impatient type, and want to know about the new Yuca's outpost as soon as possible? "We have been telling customers to either follow us on Facebook, or they can leave their email at the counter at either location. We understand that some people don't have Facebook," Margarita Herrera, part of the Yuca's family ownership, told LAist.

The original Yuca's, also in Los Feliz, is only a short jaunt up Hillhurst. So not all is lost.

For those who are unfamiliar with Yuca's (um what?), the L.A. Times had a nice profile of the business as well as the family that made it all happen. “I just did what I thought people would like. And they really liked it,” Socorro Herrera, the family's matriarch, told the Times. It's turned out to be a winning gameplan.