Rascal Flatts To Open Restaurant In L.A., Giving Us What We Always Wanted 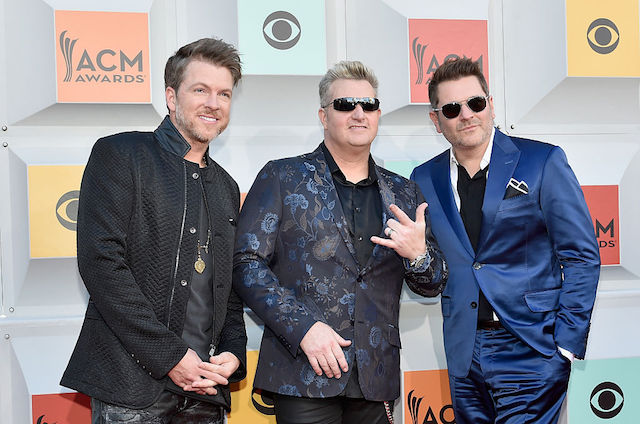 For many out-of-towners, the intersection of Hollywood Boulevard and Highland Avenue is high on the itinerary. Grauman's Chinese Theatre TCL Chinese Theatre is a stone's throw away. The Hollywood Roosevelt Hotel, which is likely haunted by the specter of Marilyn Monroe, is also nearby.

What else? Liberace's star on the Walk of Fame? Ben Kingsley's?

The intersection will get an added dose of glitz and lore when it introduces a restaurant helmed by none other than Rascal Flatts. Yes, the Grammy-winning country band is slated to open an eatery that promises "beer & cocktails, down home eats, and good music," reports Eater LA. It'll be called "Rascal Flatts," so you'll know you're in the right place when you get there, and not at the much maligned Hollywood gyro shop owned by Faith Hill/Tim McGraw (kidding, it doesn't exist, though maybe it should!).

The restaurant will be nestled in Hollywood and Highland, that gleaming fortress of retail splendor. Eater expects the eatery to open sometime in late 2017. This won't be the only Rascal Flatts restaurant in existence; there's also one in the pipeline in Cleveland (which came about after a Toby Keith concept fell through amidst legal troubles). Renderings for this restaurant, which is weirdly lagging in opening, depict a kind of Western-meets-Steampunk ordeal.

If you had no idea that the Rascal Flatts brand was popular enough to parlay into a restaurant concept, you're not alone. This was kind of a surprise to us too. [Editor's note: This makes you seem really out of touch with America, Tim. This is why Hillary lost. -JW] Though, to be fair to the band, they are pretty popular, and were in fact the 20th highest grossing touring act in 2014 (Phish was 5th; where the hell is their concept restaurant?).

Other musician-helmed restaurants in L.A. include Sammy Hagar's Cabo Wabo Cantina, which is also at Hollywood and Highland. There's also Moby's vegan joint in Silver Lake—which may turn out to be diametrically opposed to the upcoming Rascal Flatts. And who can forget the unincorporated town of Margaritaville, Jimmy Buffett's own conglomerate of burger-slingers. There, the menu is replete with such island-themed items as "Lava Lava Shrimp" and the "Beach Club" sandwich. Margaritaville is, in fact, at Universal Citywalk, and not at some shoreside enclave.