Say Her Name: On The Legacy Of Latasha Harlins And The 1992 Riots 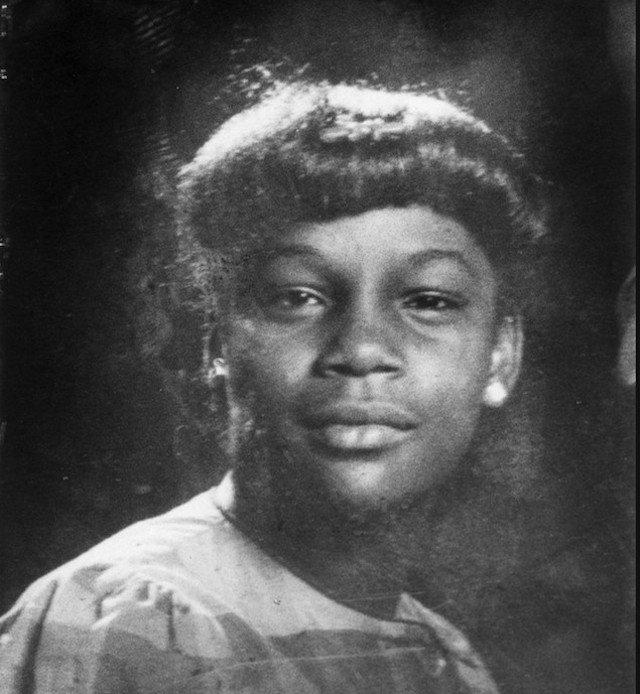 (Photo courtesy of the Hammer Museum)

"This is not television. This is not the movies. This is real life," Deputy District Attorney Roxane Carvajal warned a jury in a Los Angeles courtroom on September 30, 1991. "You will see Latasha being killed. She will die in front of your eyes."

Rodney King had been beaten by a group of Los Angeles police officers half a year before Carvajal addressed the courtroom on that fall day (the city would not erupt in riots for another six months, in the spring of 1992). The tape the district attorney was about to play for the courtroom was grainy security footage from inside South L.A.'s Empire Liquor Market and Deli. It would show a 15-year-old black girl being shot in the back of the head after scuffling with a Korean grocer over a bottle of orange juice. One could argue that there are two Los Angeleses: the city where Latasha Harlins is a household name, and the city where she is not.

On March 16, 1991, thirteen days after the videotaped beating of Rodney King, Latasha Harlins walked into a liquor store near her South L.A. home. The high school sophomore put a $1.79 bottle of orange juice into her knapsack, and stepped toward the counter. Witnesses would later say that Harlins had the intention of paying for the bottle, and that the girl was holding two dollars in her hand.

The storekeeper, a 51-year-old South Korean woman named Soon Ja Du, accused Harlins of trying to steal the juice. Police would later conclude that there was "no attempt at shoplifting," according to the L.A. Times, who explain what happened next:


But Du grabbed the teen's sweater and as the two struggled, Latasha broke free after striking Du in the face, knocking her down. Latasha tossed the juice on the counter and walked to the door. Du picked up a .38-caliber handgun and fired a shot into the back of Latasha's head, killing her.

The Times reported that there were gasps in the courtroom as the fuzzy footage played on television monitors. Harlins' family members wept, and Du cried at the defense table. The proceedings had originally been scheduled to have been heard in Compton, but they were moved to Los Angeles the month of the trial by a judge "who concluded that jurors and witnesses might be 'intimidated' in a city that has a large black population," according to a Times article.

Du was convicted of voluntary manslaughter, which carried a penalty of up to 16 years in jail; a white superior court judge sentenced her to a 10-year suspended prison term with no jail time, five years' probation and 400 hours of community service. She also received a $500 fine.

"When I heard the sentence, I screamed, fell to my knees and cried. I just couldn't believe it, I must have died and went to hell," Latasha's aunt Denise Harlins recalled.

Harlins' name became a symbol of fractured race relations in the city. The case "exacerbated tensions between the city's black and Korean American residents and contributed to the rage that fueled the 1992 riots," as crime reporter Miles Corwin wrote in 1995. "Latasha's name was invoked by some rioters as they torched buildings in South-Central Los Angeles."

“Latasha Harlins, remember that name... /Cause a bottle of juice... ain't something to die for,” Tupac Shakur pleaded in his 1993 song "Something 2 Die 4 (Interlude)." Harlins was memorialized in a number of iconic songs by Shakur (he also dedicated the track "Keep Ya Head Up" to her memory) as well Ice Cube's "Black Korea."

But history tends to condense as time inches forward, and the story of Los Angeles in the spring of 1992 often leaves out Harlins' name entirely.

"When the riots or rebellion occurred, a lot of people knew her name. A lot of people knew her name not only in Los Angeles, but in New York and Toronto and and San Francisco and London," Brenda Stevenson, a historian and author of The Contested Murder of Latasha Harlins: Justice, Gender, and the Origins of the LA Riots, told LAist. "The story did garner international coverage. During the period from April 29th to May 4th or 5th of 1992, when the videotape of Rodney King was shown, it was almost always coupled with the videotape of the shooting of Latasha Harlins," Stevenson explained, referencing the same security camera footage that was shown in that Los Angeles courtroom 26 years ago.

"People were very aware of it," she continued. "But I think what's happened over the years is that this old narrative of the white male/black male construct has come to dominate the narrative [of the riots], just like it dominates the narrative of race in the United States. People really remember the male aspect of it, but they don't remember the female aspect of it, too. And that really speaks volumes about our history in general."

"The Harlins family has worked tirelessly over the years to keep her legacy alive. I think that her story has reemerged now that we are looking at women who are treated unfairly in the criminal justice system," Stevenson said, citing Sandra Bland as an example of such a woman.

"She does now have a legacy. Hopefully she won't be forgotten outside the black community again," she continued.

On March 29, Stevenson will join legal scholar Kimberlé Crenshaw and law professor Priscilla Ocen for a forum on the legacy of Latasha Harlins, and the victimization of black girls. They will discuss how this case illuminates the vulnerability of black girls, and how communities can serve and protect them.

Wednesday's event is part of Her Dream Deferred: On the Status of Black Women, a three-night series intended to offer substantive analysis on the status of black women and girls in the United States and explore multifaceted solutions to social injustice. Her Dream Deferred is put on in partnership with the African American Policy Forum.

"Latasha Harlins: The Victimization of Black Girls" will be held in the Billy Wilder Theater at the Hammer Museum on Wednesday, March 29 at 7:30 p.m. The conversation will also be livestreamed.