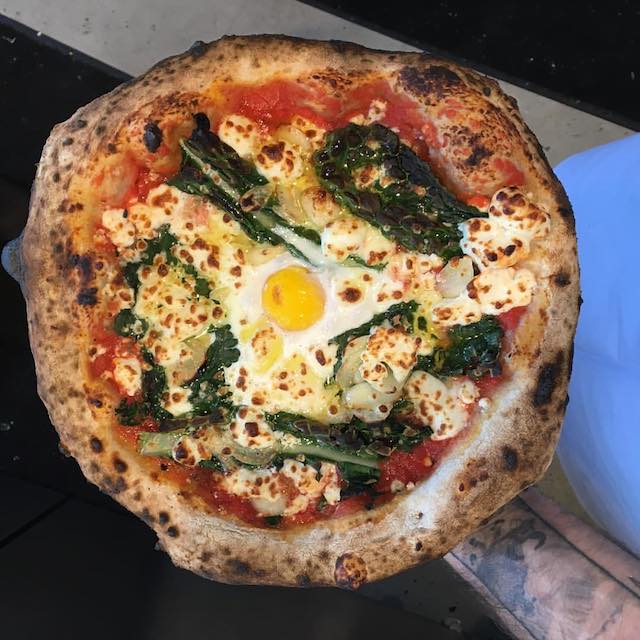 Culver City's bakery-of-choice Lodge Bread Co. officially reopened last weekend and now serves a full menu (and beer and wine!) alongside its reliable loaves of bread and baked goods, according to Eater. The bakery opened in 2015 and was immediately heralded as one of the best bakeries in the city. Its old menu consisted of toasts and coffee-shop fares, and the owners Or Amsalam and Alex Phaneuf hosted weekly pizza parties on Sunday nights to contrast the daily bread baking habit. Those pizza parties proved to be so popular that Amsalam and Phaneuf began looking for ways to expand the space, according to LA Weekly. Now, after a month-long closure, the expansion is complete, and diners can indulge in their excellent bread and pizza every day of the week.

The new menu maintains their commitment to combining their world-class bread with experimental uses of produce. The fast and slow food sections have expanded to include vegetable-focused dishes heavy on the oils and yogurts with plenty of acidic and umami flavors. Essentially, it's Italy and the Middle East and Eastern Europe by way of California's farms, all while keeping the focus on their breads and doughs. The famed pizzas run the gamut from a white pie with arugula to a sweet pea and burrata combination, but they're only available until the pizza dough sells out every day. None of them are topped with meat, but it's possible to upgrade anything to include an egg. They have also expanded the menu to include wine and beer.

Amsalam and Phaneuf were recently named semifinalists for the James Beard Awards' Outstanding Baker award. While they didn't clinch a nomination, it remains a testament to their experimental and passionate cooking over in Culver City. This is also L.A., and we don't need the James Beard Awards to tell us about how good our food is.