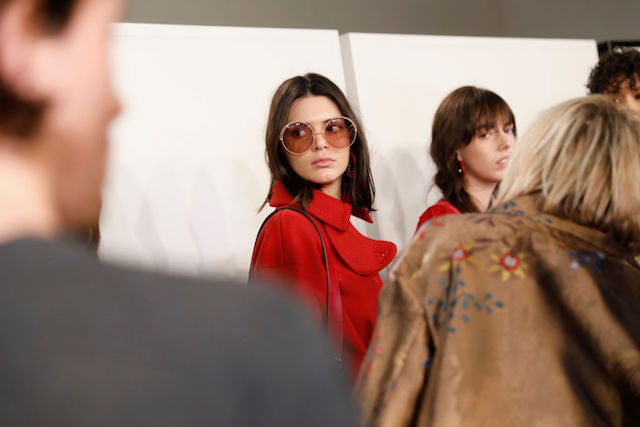 America’s most public family has once again been hit with robbery. Kendall Jenner, the model sister of the Keeping Up With The Kardashians empire, was reportedly robbed of $200,000 in valuables, reports TMZ.

A LAPD spokesperson told LAist that police had received a call at around 1:15 a.m. Thursday, and had responded to a burglary at a home on the 1600 block of Marmont Avenue. Police arrived at the scene and searched the home and found no signs of forced entry or persons on the property. The LAPD could not confirm that the residence in question was Jenner's home.

Sources told the L.A. Times that Jenner had arrived home earlier that evening and noticed nothing amiss until approximately 1 a.m., when she realized jewelry from her bedroom was missing. No suspects have been confirmed at the moment.

The alleged robbery comes amid a recent string of burglaries that took place at high-profile homes in Los Angeles. In February, singer Alanis Morissette was robbed of $2 million in jewelry from her Brentwood home. Former Laker Derek Fisher had reportedly lost $300,000 in jewelry from his Tarzana home in January. Current Laker Nick Young's house was also burglarized earlier this month. Yasiel Puig of the Dodgers was a victim as well in March; burglars had taken $170,000 worth of valuables from his Sherman Oaks home, reports KTLA.
According to the Times, investigators don't believe the alleged theft at the Jenner house is connected to the recent burglaries that have plagued the city's celebrity community. Sorry, no Bling Ring 2.0.

The 21-year-old Jenner purchased the six-bedroom home last July from actors Emily Blunt and John Krasinski for $6.5 million. Kim Kardashian, Jenner's big sister, was a victim of a harrowing Paris robbery in October 2016.