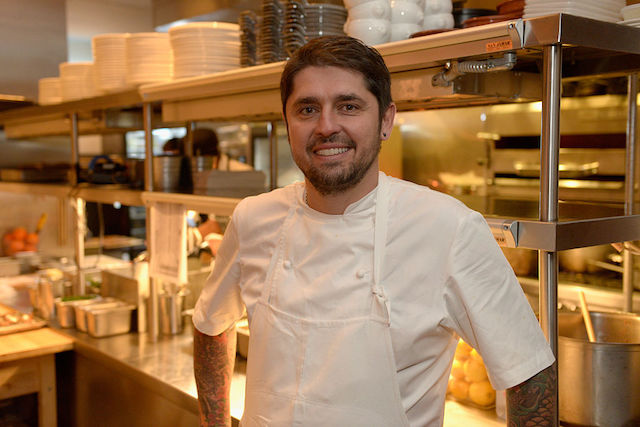 The James Beard Awards nomination list was announced on Tuesday, with Los Angeles sweeping the regional nominations while remaining shut out of most national categories. This nomination list follows the Awards' usual pattern of undervaluing the restaurant clout of L.A. Despite Outstanding Chef awards for both Suzanne Goin and Nancy Silverton in recent years, the Awards remain focused on the dining experiences of other major food cities like New York, San Francisco, and Chicago.

For Best Chef: West, Los Angeles claims four of the six possible nominations. Michael Cimarusti of Providence, Jeremy Fox of Rustic Canyon Wine Bar and Seasonal Kitchen, Ludo Lefebvre of Trois Mec, and Travis Lett of Gjelina join two San Francisco-based chefs to round out the list. Michael Cimarusti has received this nomination several years in a row, all for his work at Providence. Ludo Lefebvre was nominated for Best New Restaurant for Petit Trois in 2014, and Travis Lett was nominated for his Gjelina cookbook in 2016. This is Jeremy Fox's first nomination.

The other major chef nomination is Margarita Manzke of Republique for Outstanding Pastry Chef. Suzanne Goin and Evan Kleiman will also both receive a Who's Who award, which serves as the James Beard equivalent of a Lifetime Achievement Award. Caroline Styne of The Lucques Group was also nominated for Outstanding Restaurateur.

The 2017 Awards will take place on May 1 at the Lyric Opera of Chicago.