Chinatown's Pok Pok To Close Its Doors Next Week 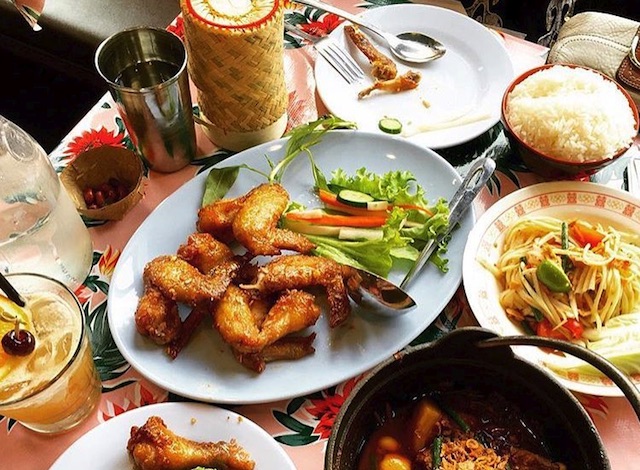 Chinatown's Pok Pok LA will be closing its doors for good on March 21, the final night of service, reports Eater LA. The restaurant opened back in October of 2015. Owner Andy Ricker, a James Beard Award winner, emailed Eater to say that the closure stemmed from financial reasons:

Bottom line is that we are not making it financially and it is not sustainable to be in this position. Our main concern at this point is to try and help place the folks on our team who have worked so hard and tried to make a solid go of it. We plan to finish strong and with dignity and maybe get to serve some of the folks who have come through on the regular one more time.

The shutter comes after the demise of Pok Pok Phat Thai in the nearby Far East Plaza. This smaller restaurant—a kind of prologue to the larger Pok Pok LA—closed its doors in August of 2016. The departure of both establishments is a stark reminder of the cutthroat business of owning a restaurant in Los Angeles. There'd been much fanfare surrounding Pok Pok LA; Jonathan Gold had declared its cha ca la vong to be one of the best dishes of 2016. And the Goldster gave a glowing review of the eatery in 2015, when he declared that, "Ricker's gift is the ability to make Thai food seem new again, to take it out of that comfortable place in the suburban strip mall, where it has become the default takeout comfort food for a huge chunk of Los Angeles, and put it back into the roadside stands and rural villages of Northern Thailand."

This goes without saying that, in the past few years, Chinatown has been the landing spot for some of L.A.'s most talked about joints (i.e. Howlin' Rays, Chego). Pok Pok LA's closure, then, tells us that good press and word-of-mouth (as well as great dishes) sometimes just aren't enough for a place to make it in Los Angeles.

Pok Pok has become a brand name ever since the first location popped up in Portland in 2005. It has six other locations (and spinoffs) in Portland and New York City.