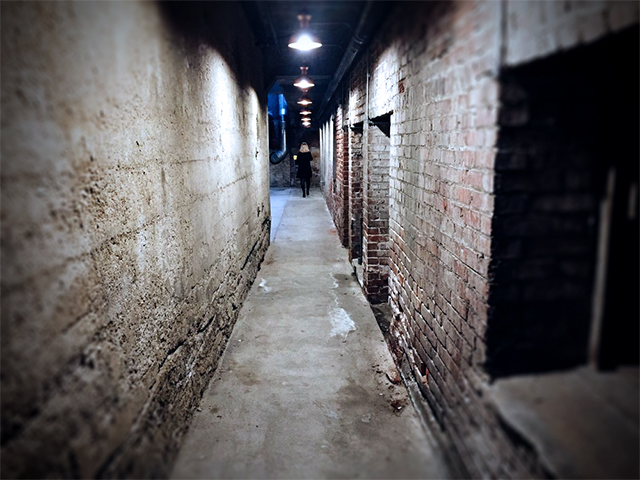 Photo by Julienne D. via Yelp

Have you heard about that really cool bar downtown that's down an alley, behind a dumpster, down a set of stairs, and beyond a sterile corridor? No, not that one in South Park. You're thinking of the one with the light-up dance floor. No, not that one with the old Edison electric generators. And no, not the one that's through the vending machine—that's in Koreatown. I'm talking about the new new one. The one that only hints at its existence with a few strategically placed tiles on the sidewalk.

Let us be the first to say it: Los Angeles has reached peak speakeasy.

In 2009, the late New York City bar maven Sasha Petraske (who, almost single-handedly, ushered in the cocktail revolution of the early 2000s) teamed up with Downtown L.A.'s Cedd Moses to open The Varnish. The bar was hidden away behind a nondescript storage room door inside Cole's restaurant. It quickly gained a reputation among the in-the-know crowd as having the best drinks in the city.

In early 2015, Cedd Moses's 213 Ventures teamed up with Proprietors LLC. (the heirs to Petraske's legacy) to open The Normandie Club in Koreatown, with The Walker Inn tucked inside behind a "secret door". Don't get us wrong, The Walker Inn remains one of our favorite bars in the city (and their cocktails continue to blow our minds), however, by this time, the luster of the speakeasy was already losing its sheen.

At some point between The Varnish and The Walker Inn, nearly every new bar opening in L.A. was incorporating some speakeasy trickery to add to the patrons' experience. It worked, for a while, but now we're getting speakeasy fatigue.

If everyone knows about your hidden bar, what's the point of hiding it anymore? It just makes the effort of finding and entering the bar cumbersome and trite. The door-handle wall at Lock & Key was cute the first time, but now it feels like an obstacle standing between us and our drink. And what's the point of a password at R Bar if the bouncer tells you to find it on their Facebook page? And as epic an ode to tiki bars as Pacific Seas is, it feels like the labyrinth one has to navigate through Clifton's will only result in the discovery of the Minotaur.

Maybe, just maybe, it's time for a mature bar scene in Los Angeles. One that doesn't rely on smoke and mirrors (sometimes literally) to hide an otherwise mediocre experience. The city is big enough that exclusivity can still be maintained without speakeasy shenanigans. Take some confidence in your establishment and put your door on the street, with a sign (neon or not, that's your call) announcing who you are. Invest in some quality spirits, and bartenders who know their stuff. In the long run, that's the winning bet.