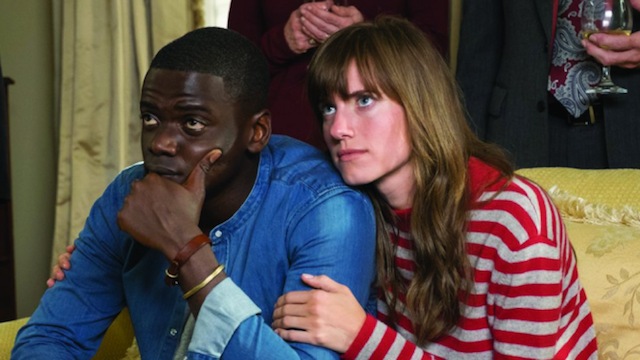 Atlanta trap-star Young Thug and all around wildly rich person is utilizing his wealth for his fans, offering free tickets to a screening of Get Out at The Grove tonight.

The film is comedian Jordan Peele’s directorial debut. It has been receiving rave reviews for its scares and cleverly crafted social commentary, holding a 99% approval rating on Rotten Tomatoes and grossing $33.4 million in its debut weekend. The satirical thriller features British actor Daniel Kaluuya and one-fourth of Girls—Allison Williams—as they meet her parents for the first time as a couple, only for Kaluuya to discover the horrific underbelly within the seemingly normal suburban town.

The rapper announced the event on his Twitter and the screening, predictably, sold out within the hour. Young Thug’s benevolence follows in the footsteps of Chicago’s poster boy, Chance the Rapper, who recently bought out all the tickets to Get Out at Chatham Theatre on February 26, as reported by The FADER. Celebrities—they’re just like us, except with more disposable income!

LA, sign up to come out with me tomorrow March, 7th and watch "Get Out" at Pacific Theatres at The Grove | https://t.co/KGQwkWK2zq

Imma go watch get out tonight with my dad young thug. Yay

Those lucky enough to snag a spot can head to the Pacific Theatres at The Grove 8:15 p.m. For the rest of us, Get Out is playing in theaters across Los Angeles.