20 Of The Coolest Events Happening in L.A. This Week

Here are 20 of our favorite events happening in L.A. this week.

THE DEVIL’S CANDY (Heavy metal horror screening)
The Friday Night Frights series presents a free sneak peek screening of The Devil’s Candy at The Cinefamily on Monday night at 10:30 pm. Star Ethan Embry will appear in person to talk about the film. Directed by Sean Byrne (The Loved Ones), the film follows a Texas family who moves into a home with demonic spirits still attached to it. Tickets free with RSVP. (First-come, first-serve—RSVPs do not guarantee a seat.)

NOSLEEP PODCAST (Live taping)
The NoSleep Podcast is an anthology of short horror stories that launched in 2011, growing out of a subreddit forum. Hosted and produced by David Cummings, the weekly show that features several short horror stories by different authors and told by voice actors, comes to Largo on Tuesday night for a live taping of several spooky tales. Tickets: $30.

THIS SAXOPHONE KILLS FASCISTS (Experimental protest music)
This Saxophone Kills Fascists is the moniker of K Records artist Arrington de Dionyso, who is best known for fronting the artpunk combo Old Time Relijun. Arrington was tangentially mentioned with the #pizzagate scandal last fall and became a target for "Alt-Right" trolls. He’s fighting the trolls through music and protest and TSKF plays The Smell on Tuesday night. All ages. $5. 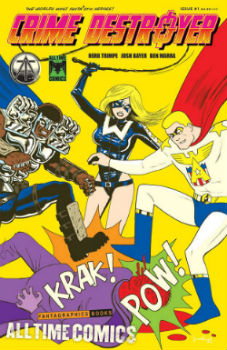 WOMEN’S DAY CELEBRATION (Film + party)
A Women’s Day Celebration: A Celebration of Women and Diversity in Entertainment is at The Wiltern on Wednesday. At 7 pm, there’s a panel discussion with Alisa Xayalith, lead singer of The Naked & Famous; Kirsten Schaffer, executive director of Women In Film Association; Tori Letzler, singer and composer for film music (American Horror Story: Coven) Callie Khouri, writer of Thelma & Louise; and just added, Yvonne Orji (of HBO’s Insecure). They’ll talk about their careers and staying in the business. It’s followed at 8:30 pm by a screening of Thelma & Louise. All ages, full bar and food. Tickets: $10.50-$14. Partial proceeds benefit Planned Parenthood LA.

BACKBEATLA (Show and tell)
BackBeatLA is a platform for local artists and musicians to showcase their new works and “passion driven projects.” This week BackBeatLA drops in on General Lee's in Chinatown on Wednesday at 8 pm. Free. 21+. 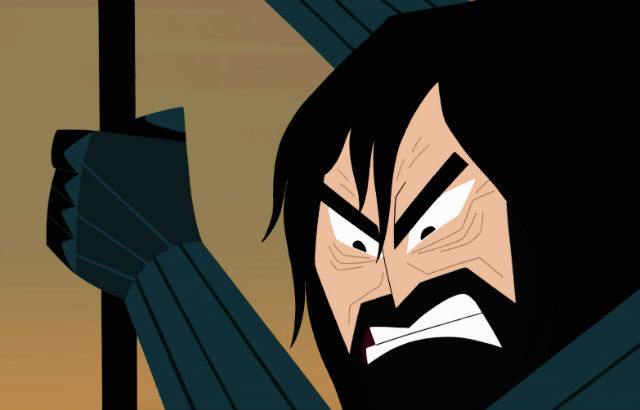 SAMURAI JACK (Screening + panel)
Adult Swim presents a screening of the season 5 premiere of Samurai Jack on Thursday at 8 pm at the Theatre at Ace Hotel. The displaced Japanese warrior prince returns to battle the demon Aku. Creator Genndy Tartakovsky does a Q&A (and there may be a surprise guest added). Free with RSVP. Seats are on a first-come, first-served basis. 18+. Doors at 7 pm. If you can’t get into the Thursday night screening, Adult Swim has added a second show on Friday night. There’s no Q&A, but there are giveaways and free popcorn.

REZA ASLAN (Talk)
Author and scholar of religions Reza Aslan discusses his new CNN original series, Believer with Reza Aslan, in a Live Talks LA session with filmmaker and author Gotham Chopra on Thursday at 8 pm in Beverly Hills. The show, a six-part spiritual adventure series, premiered on Sunday and Aslan will bring in clips and discuss what he learned about spirituality and religion. The event takes place at the Theatre at the United Talent Agency, 9336 Civic Center Drive, Beverly Hills. The event is free with RSVP.

ALIEN + YACHT (Film + music)
The next installment of Film Independent at LACMA’s Bring the Noise series takes place on Thursday night at 7:30 pm at the museum’s Bing Theater. In Bring the Noise, films are given a new twist with new live scores performed by musicians. This week, the series screens Ridley Scott's Alien with a live performance by YACHT. Tickets: $20-$30.

THE END OF PAPER (Art)
On Thursday night from 6-9 pm, the Center for the Arts in Eagle Rock presents the opening reception for The End of Paper, featuring new works from Joe Forte. The show is an “homage and farewell to the precious pulp of our lives” asking viewers to think about what’s kept and what’s discarded in their lives. Proceeds from this exhibition will go to benefit the center’s after school arts enrichment program, Imagine Studio. Forte’s works will remain on view through the end of the month.

JAPANDROIDS (Music)
The Canadian duo Japandroids is back after a couple years on the down-low. The band plays The Fonda on Thursday and Friday nights in support of the latest album Near to The Wild Heart of Life. Craig Finn and The Uptown Controllers opens. Doors at 8 pm, show at 9 pm. Tickets: $22.50.

INFERTILE: A SKETCH COMEDY SHOW (Comedy)
John Murray and Silvija Ozols mine personal, painful experiences for comedy gold in their new show Infertile: A Sketch Comedy. The show examines pregnancy and infertility and how they’ve learned to handle doctors, smug couples with kids and even God. The show takes place on Thursday at 8 pm at UCB Franklin. Tickets are $7.