Nine Of The Best Strip Mall Gems In L.A. 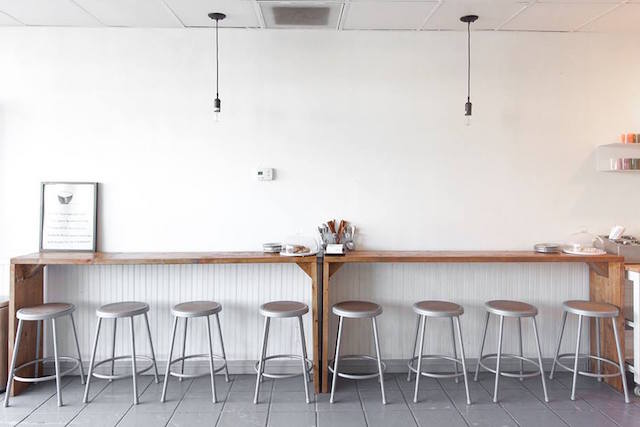 For all their (unfortunate) association with Los Angeles, malls trace their origins back to at least second century Rome and Trajan's market.

However, strip malls may, in fact, be a California invention. According to the Association for Consumer Research, "shopping centers had their birth in the 1920's in California where supermarkets would anchor and serve as a magnet for a strip of smaller stores." Is this the working definition of a strip mall? An anchor store coupled with a few smaller stores built around a parking lot? We're not convinced. Though, much like Justice Potter Stewart said, all we know is, we know it when we see it.

Yet, for all the trash talk, strip malls are still pervasive in American cities today, and especially in car-obsessed Los Angeles. It's easy to overlook, or simply write off, the shops and vendors who run their business out of strip mall storefronts (especially since some of us are deeply off-put by the aesthetics of most strip malls), but if you stopped to take a look, you'd find some culinary exceptional treasures hidden in plain site.

So, here now, is our list of best strip mall gems. 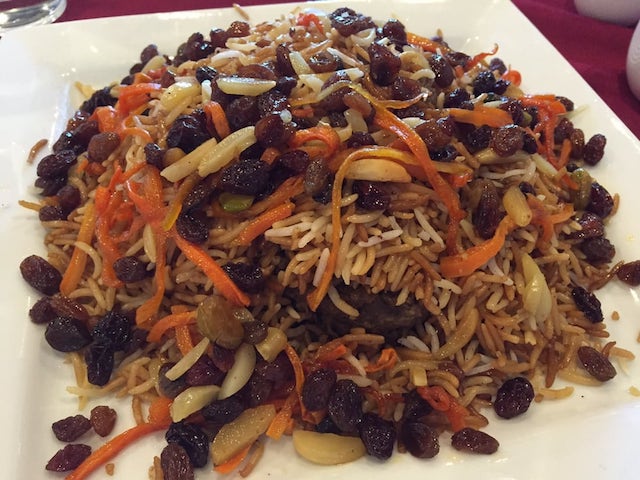 Photo by Trina V. via Yelp

Much like Queens in New York City, the San Fernando Valley contains an oft overlooked trove of just about every cuisine on earth. To this, add Ariana—an Afghan restaurant nestled in the back corner of a strip mall off Ventura Boulevard in Tarzana. Despite the simple looking interior (and some Asian affiliate MTV channel forever playing at low volume), Ariana serves consistently good Afghani dishes including their specialty, Qabuli Pallow. Basmati rice seasoned with fragrant herbs and spices serves as a base for the dish. Almonds, carrots, and raisins are mixed in for sweetness and crunch. Finally, a perfectly tender stew of beef tops this already heavenly mound of flavor. Be sure to wash it down with a pot of black tea and rose. 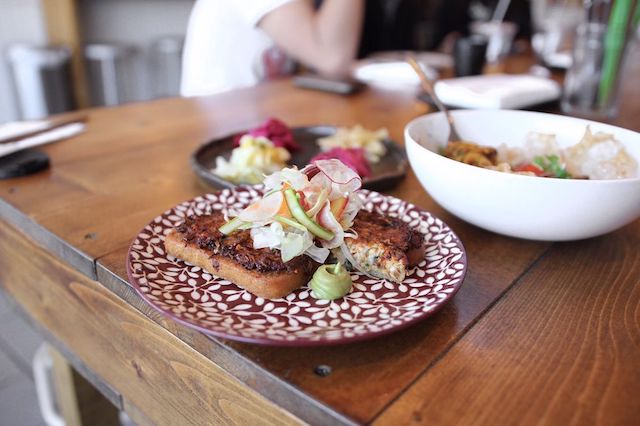 Photo by Jam Y. via Yelp

Baroo debuted under the radar in the latter half of 2015, but that very quickly changed. Within months, Baroo had become a critical darling not just in Los Angeles, but around the country. The shop's Korean-Californian fusion cuisine was lauded near and far as one of the best new restaurants of 2016, and the signature Kimchi Fried Rice was named Bon Appetite's best dish of 2016. However, for our money, try the Noorook (which mixes the heartiness of whole grains with the tart kick of pickled onion and fingerlime) or the creamy sweetness of the celeriac. 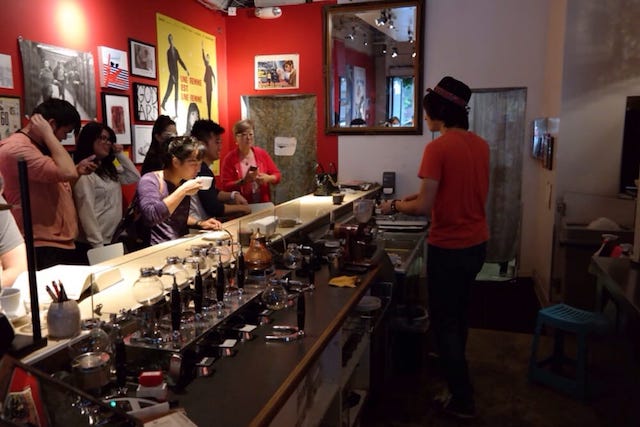 Photo by Eric A. via Yelp

For all of Los Angeles's exploding third-wave coffee scene, it's still pretty hard to find a solid cup of coffee in West L.A. Lucky for Sawtelle, Balconi has been quietly serving up some of the most exciting and inventive brews in the area. The narrow space has touches of Japanese rustic decor, but it's all the coffee machinery that grabs your attention. The baristas use a siphon system for each cup, meaning your morning wake-up (or afternoon pick-me-up) will be made with precision. 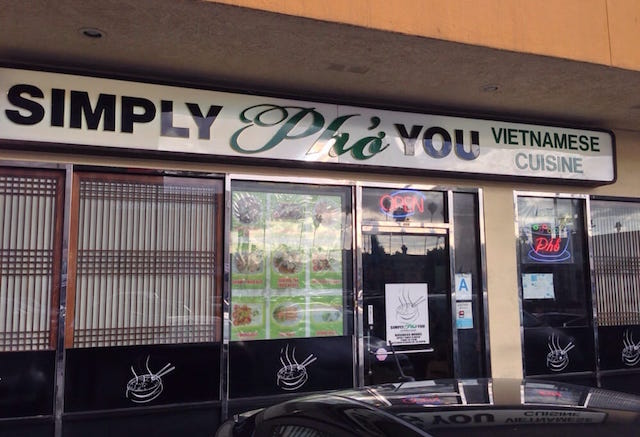 Photo by Michael S. via Yelp

If you're looking for some great pho but don't want to drive out to the San Gabriel Valley or Orange County to find it, Koreatown's Simply Pho You is….well, for you. The rare steak and brisket phos are equally tasty, and the spring rolls are always a good idea. And how much will all that cost you? Less than $12 (before tax). Yes, you read that right. And if pho just isn't your thing, the menu is full of pan-fried noodles, fried rice, vermicelli, and other options. The vermicelli with either lemongrass chicken or grilled chicken and shrimp are sure to please, especially when paired with Vietnamese iced coffee with condensed milk. 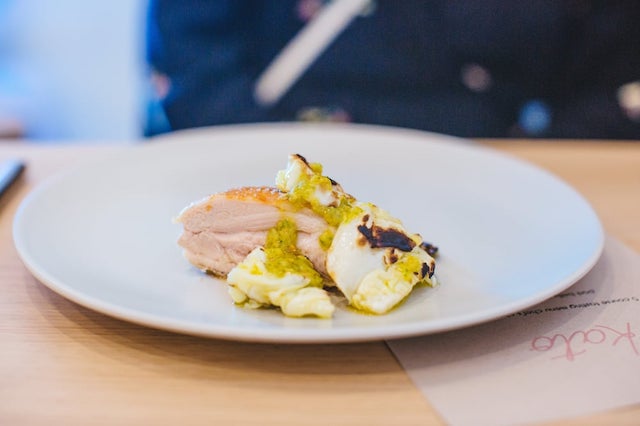 Photo by Crystal T. via Yelp

A testament to L.A.'s robust strip mall dining scene is that beyond mom-and-pop holes in the wall, or ethnic gems, fine dining establishments with full tasting menus and prestige can easily find their place nestled between a dry cleaners and a liquor store. Kato is just such a place. Chef Jonathan Yao is a veteran of the celebrated Alma, and his skills show. Yao's dishes are as gorgeous as they are packed with flavor. The eight-course menu pairs tastes and textures that are sure to leave you wanting more. 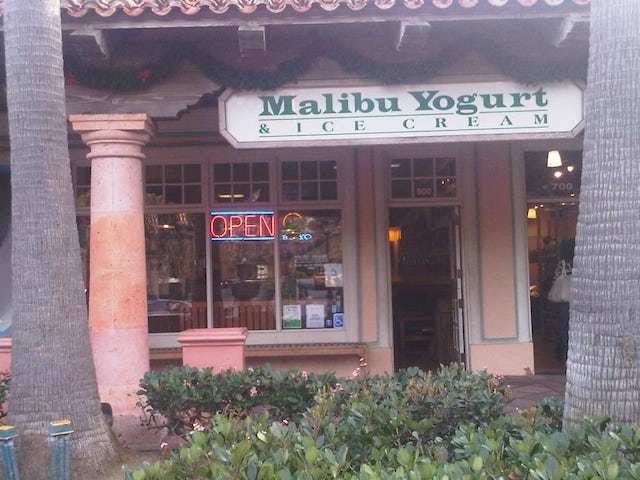 Photo by Tanya D. via Yelp

No longer just for locals, the "Bu-Yo" is a perfect cap to a long day at El Matador or Zuma beach. The shop serves a rotating list of frozen yogurts as well as a selection of Graeter's ice creams. Order up a scoop with some toppings, grab a seat outside by the fountain, and enjoy your lazy Sunday (sundae?). 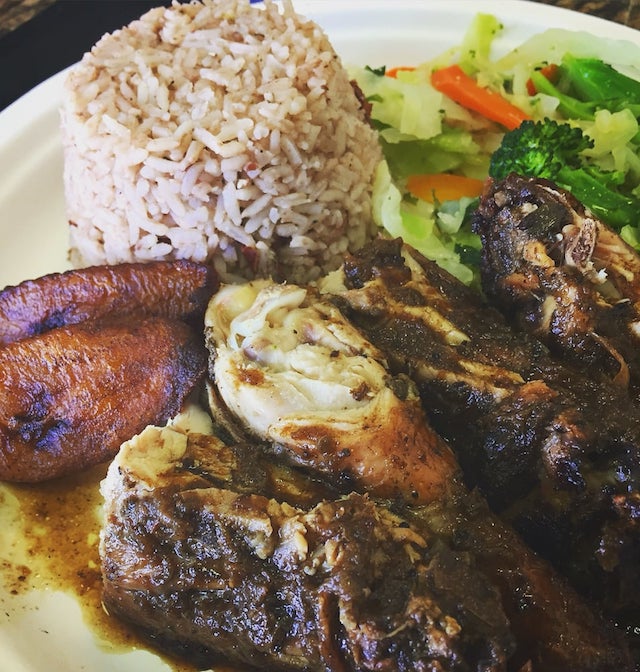 Photo by Michael E. via Yelp

In Los Angeles, most cuisines represented here from south of the border are Central American. Yet, the Jerk Spot has been cooking up delicious Jamaican food in Culver City for years, whether you know about it or not. The Jerk Chicken plate is clearly the way to go, but the salmon or tilapia are also solid choices. And order up a pine and ginger drink for a sharp kick you won't soon forget. 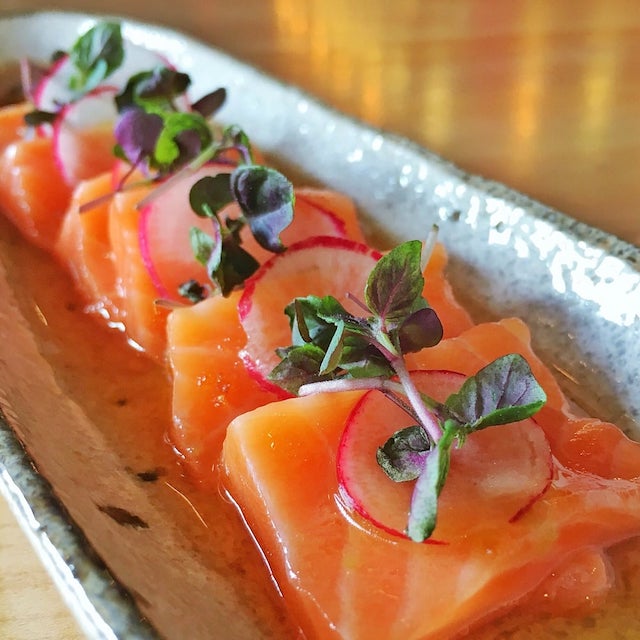 Photo by Kathy S. via Yelp

Hamasaku serves up both a solid lunch and dinner menu, as well as two versions of an omakase menu. In addition to high quality sushi, Hamasaku offers up various small plates including robata yaki items (the chicken breast and the duck breast are recommended), nama (or "raw") items (give the smoked barracuda a shot), and an impressive list of Japanese beers, sakes, and shochus. 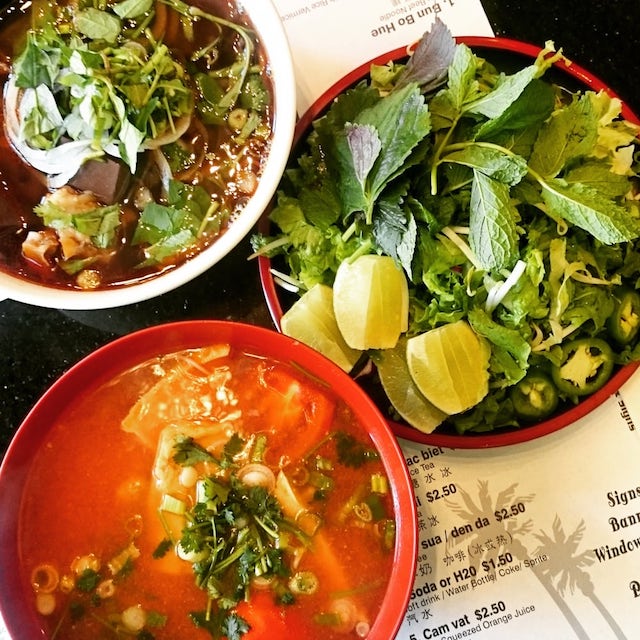 Photo by Eva I. via Yelp

Like any top-shelf Vietnamese joint in San Gabriel, the menu at Nha Trang covers a broad range. There are the vermicelli bowls topped with grilled meats and a heap of veggies; they gratify without making you feel weighed down afterward. In cooler seasons you can warm your bones with a bowl of pho ga (chicken pho) or bun rieu (a tomato based noodle soup). But the real showstopper here is the bun bo hue, a mildly spicy "stew" that's decidedly pork-centric. Replete with a pork hock and blocks of pork blood, it's a hearty dish that will also clear your sinuses. And did we mention the plate of hainan chicken? You'll likely spend as much time poring over the menu as you will be stuffing your face.- Tim Loc