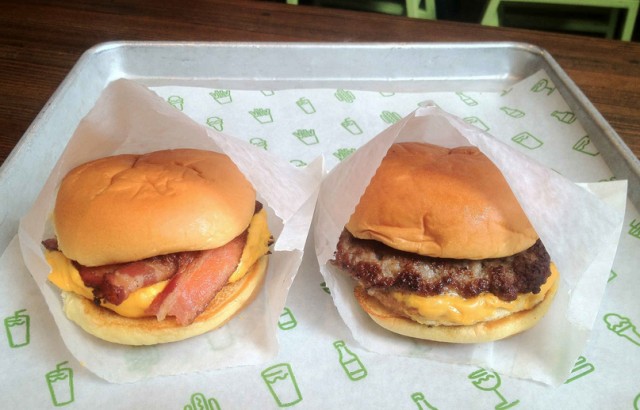 Surprise: this week Shake Shack announced a new location, which will be housed inside Terminal 3 at LAX (home to JetBlue, Virgin America, and more). And just like at JFK Airport in New York, the storefront will be serving up their regular menu along with their coveted breakfast sandwiches, including Sausage, Egg N’ Cheese; Bacon, Egg N’ Cheese and Egg N’ Cheese. They'll also be pouring some morningtime appropriate beverages to wash those down with, like coffee and orange juice.

As Eater notes, LAX has been "upscaling the dining options... a big component of the airport’s massive upgrades, with Terminal 3 acting as a collection point for several local names, including Angel City Brewery and Blue Window."

Here's a better look at what's to come: