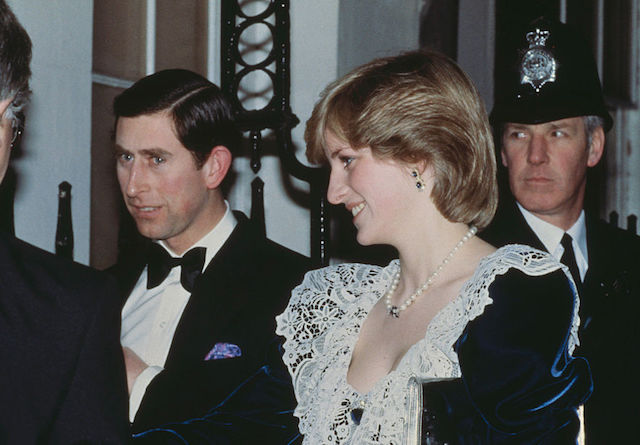 Prince Charles and the Princess of Wales (1961 - 1997, later Diana, Princess of Wales) arrive for a British Film Institute dinner at 11 Downing Street in February 1982. (Photo by Central Press/Hulton Archive/Getty Images)

Ryan Murphy’s new anthology series Feud has been picked up for a second season ahead of its series premiere this Sunday. The second installment of the show, titled Feud: Charles and Diana, will center on the problems at the heart of Princess Diana’s saga with the British royal family, most notably her fraught marriage with Prince Charles, according to Deadline. The order is for ten episodes, two more than the first season’s eight, indicating a vote of confidence from FX. The season, titled "Feud: Charles and Diana," will air in 2018, according to the Hollywood Reporter.

The announcement isn't surprising considering the longstanding relationship between Ryan Murphy and the network (try to imagine FX without Nip/Tuck in the 2000s and American Horror Story in the 2010s—both shows were created by Murphy). Murphy's award-winning American Crime Story anthology is also at FX.

The first season, Feud: Bette and Joan, premieres this Sunday on FX. It focuses on the strife between the iconic actresses Bette Davis and Joan Crawford the set of their 1962 thriller Whatever Happened to Baby Jane? Susan Sarandon plays Bette Davis and Jessica Lange plays Joan Crawford, with co-stars including Alfred Molina and Stanley Tucci.

Old Hollywood actresses are an obvious platform for Ryan Murphy’s obsession with camp and melodrama, so the real question is how Murphy will treat the British royal family. One clue: he’s writing the second season with Jon Robin Baitz of NBC’s The Slap, who once wrote an essay in response to the meddling nature of television executives and included the sentence, “Sorry, I shan’t roll over ever again.” With his name alongside Murphy’s, perhaps we can expect archaic British grammar alongside the usual kitsch.

Annie Lloyd is a writer who runs a blog and newsletter about the history and future of this city, and you can often find her rambling about the L.A. dream over larb at Night Market Song.