Curator Paul Schimmel Is Out At Hauser Wirth & Schimmel 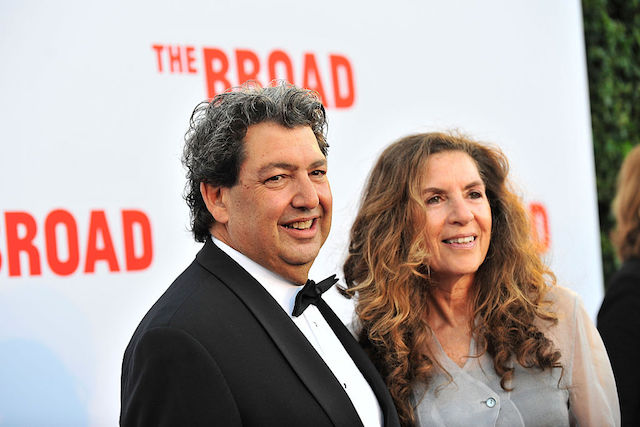 Influential curator Paul Schimmel has parted ways with Hauser, Wirth & Schimmel, the mega-gallery that he helped open less than a year ago in downtown Los Angeles, according to the Los Angeles Times. “Paul Schimmel will no longer serve as director, partner, and vice president of the gallery,” read a terse statement released by the gallery, with no explanation offered for his abrupt departure.

Schimmel has had an outsized impact on the art world of Southern California, beginning with his appointment as chief curator of the Newport Harbor Art Museum (now the Orange County Museum of Art) in 1981 at the age of 27, the youngest person to ever hold that position in the museum’s history. From 1990 to 2012, he served as chief curator at the Museum of Contemporary Art (MOCA), transforming it from a young, fledgling museum into one of LA’s most respected cultural institutions. His 1992 exhibition Helter Skelter: L.A. Art in the 1990s was a milestone, featuring several young angeleno artists whose work explored themes of alienation, violence and abjection underneath the city’s sunny facade, including Mike Kelley, Paul McCarthy, Raymond Pettibon, Nancy Rubins, and others. One of the last show’s he organized for the museum, 2011’s sprawling Under the Big Black Sun: California Art 1974-1981, brought a similar enthusiasm to an earlier period of disillusionment, featuring artwork that reflected a post-hippie comedown and the emergence of punk.

Schimmel left MOCA in 2012, and depending on who you ask he was either dumped or resigned. What is pretty clear, however, is that his departure had something to do with conflicts with Jeffrey Deitch, the NY gallerist turned MOCA director, who was largely responsible for the wildly popular 2011 Art in the Streets exhibition, only to resign two years later after alienating much of the museum’s staff.

When it was announced in 2013 that Schimmel would be joining international art powerhouse Hauser & Wirth to join their L.A. outpost, many saw it as vindication for a pioneering curator who had been unjustly ousted. There were questions about what to call this new form of hybrid space—two parts commercial gallery, one part institutional curator—but more importantly questions about the ethically gray area of combining museum-style exhibitions in a for-profit environment. Kicking off with a seventy-year survey of abstract sculpture by women artists, Revolution in the Making, it was clear that, whatever reservations people might have about the brave new art world being constructed, the results were visually and conceptually rewarding.

At a recent press preview for their ambitious retrospective of work by the late L.A. maximalist sculptor Jason Rhoades, neither Schimmel nor gallery founder Iwan Wirth gave any indication of the impending rift. Perhaps somewhat ironically, this exhibition will be followed by a show of work by Paul McCarthy, one of the artists who Schimmel championed earlier in his career, twenty five years ago.

Matt Stromberg is a freelance visual arts writer based in Los Angeles.