Will The Clippers Move To Inglewood? 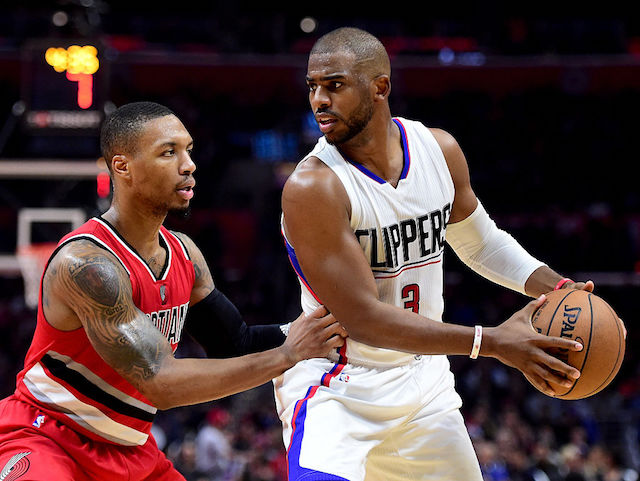 When compared to the Lakers, the Clippers currently have the bigger stars and the better record (they also have this terrifying mascot). But the combined lore of "The Lake Show," Kobe, Shaq and Chick Hearn is just too massive to beat, and the Clippers will always be baby brother at the Staples Center.

Team owner Steve Ballmer, it seems, is hoping to spring loose. According to the L.A. Times, Ballmer has held discussions with Rams owner Stan Kroenke about the possibility of the Clippers moving to Inglewood, where a state-of-the-art, $2.6-billion football stadium is slated to open for the Rams (and Chargers) in 2019. The area around the stadium will be turned into a kind of mixed-use, entertainment wonderland like L.A. Live, and Ballmer may want to get in on the fun. Sources told the Times that Ballmer may want to build an arena on the 298-acre site, or elsewhere at an adjacent parcel.

The proposal isn't so simple, however. It's speculated that Ballmer would want to own the arena, and not be a tenant in Kroenke's funhouse—it's anyone's guess if Kroenke would be receptive towards selling a part of his property. Also, the space isn't zoned for a basketball arena, so the City of Inglewood would have to go through a rezoning process to allow for the development.

This isn't the first time we've heard of Ballmer's desire to cut loose from the Staples Center. As early as summer of 2016, there had been rumblings that Ballmer had wanted to move the team to somewhere on the west side. Reports said that he'd grown weary of being the "third tenant" behind the Lakers and the Kings. As noted in an earlier Times article, the Clippers sometimes have to practice in their locker room if the Kings had played a game earlier and the ice rink is still in the process of being dismantled. Also there were reports that Ballmer wanted more control over the arena's offerings, voicing an interest in instilling an "augmented reality experience."

The Clippers' lease with The Staples Center runs through 2024.

There's no word on if "Chuck the Condor" will be moving to Inglewood too if the deal happens.