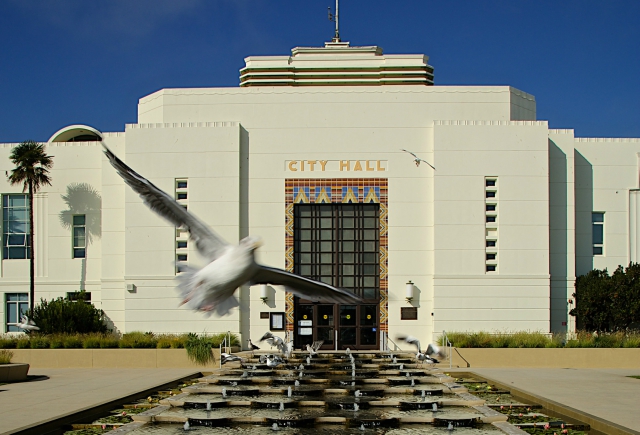 The city of Santa Monica is one step closer to cutting official municipal ties with Wells Fargo. The move comes in lieu of the bank's involvement with the Dakota Access Pipeline.

“If you’re paying any attention to national media today or in fact global, you know one of the most symbolic fights for our future is happening at Standing Rock over the Dakota Access Pipeline,” Terry O’Day, a Santa Monica city councilmember, said, notes the Santa Monica Daily Press. “It is a fight over sovereignty and respect for native people. It is a fight over the respect of humanity and the future of humanity.”

After a midnight session that extended into the earlier hours of Wednesday morning, five of the council's seven members passed a motion directing the city's financial staff to look into withdrawing Santa Monica's $1 billion in annual transactions from Wells Fargo, and issuing a Request for Proposal (or RFP) to new banks.

"Divestment will be completed as soon as is reasonably possible," a press release by the city of Santa Monica reads. "The City has $1 billion in annual transactions with Wells Fargo, including deposits and payments. The City’s investment portfolio includes $4.6 million in Wells Fargo bonds. Staff will issue an RFP for banking services as soon as it is practical. Finance staff will return to Council with recommendations on a divestment strategy at its February 28 meeting."

In addition to Santa Monica, the nearby city of West Hollywood is also in the process of divesting from Wells Fargo over the bank's involvement with the Dakota Access Pipeline.

“In the past five years, we’ve given $836,000 in grants to 40 local nonprofits,” Gomez told The Lookout. “Our team members here volunteered 1,968 hours in the community. ...And regardless of the [Santa Monica city] council’s ultimate decision, we will stand firm in our commitment to supporting communities in which our team members work and live.”