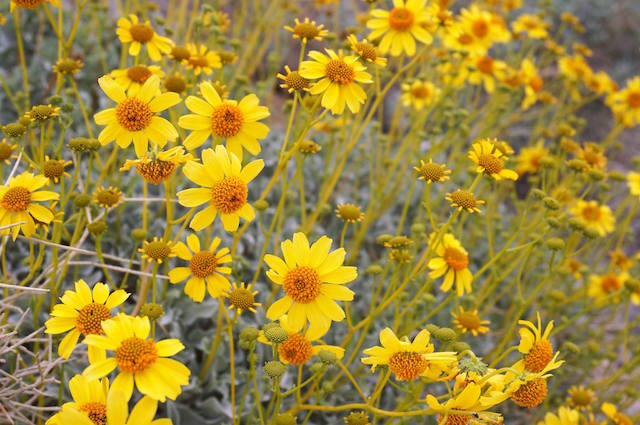 Friday's biblical downpour caused its fair share of damage, but it also maintained the promise of epic desert blooms in the coming weeks.

As we reported, the Antelope Valley California Poppy Reserve is expecting this season's bloom to be massive. However, in Joshua Tree National Park, the beginnings of spring are already rearing. 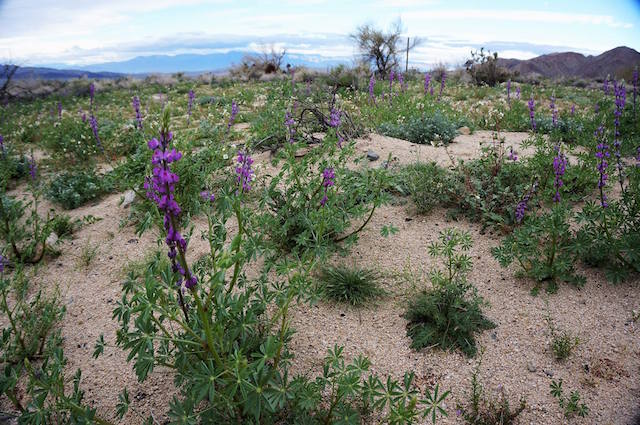 "There are scattered areas of 'green' in the park from the winter rains," a post on the Joshua Tree National Park Association's Facebook page noted last week. "Arizona lupine, brown eyed primrose and brittlebush flowers were found this morning at the Cottonwood exit off of Interstate 10."

The following day, the group posted, "After scouting the park for early evidence of wildflowers, I found my first Joshua Tree bloom. It was outside of the park, at a lower elevation. But, still evidence of an early spring!" 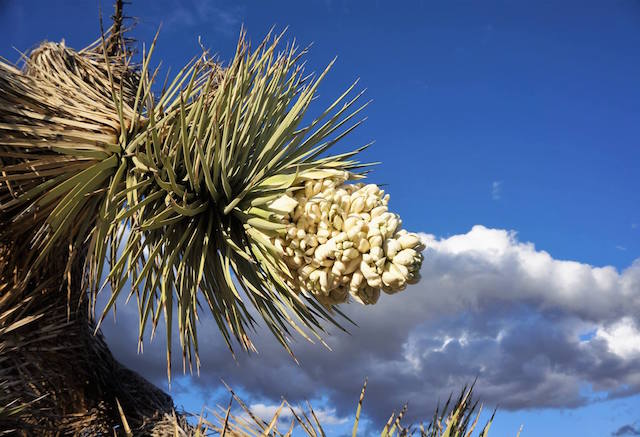 "Wildflowers may begin blooming in the lower elevations of the Pinto Basin and along the park's south boundary in February and at higher elevations in March and April," according to Joshua Tree National Park. "...Many need a good soaking rain to get started. In addition to rains at the right time, plants also require temperatures to warm a bit before flower stalks will grow. Green-leaf rosettes may cover the ground in January, but flower stalks wait until temperatures rise."