Tsubaki Brings A New Take On The Izakaya To Echo Park 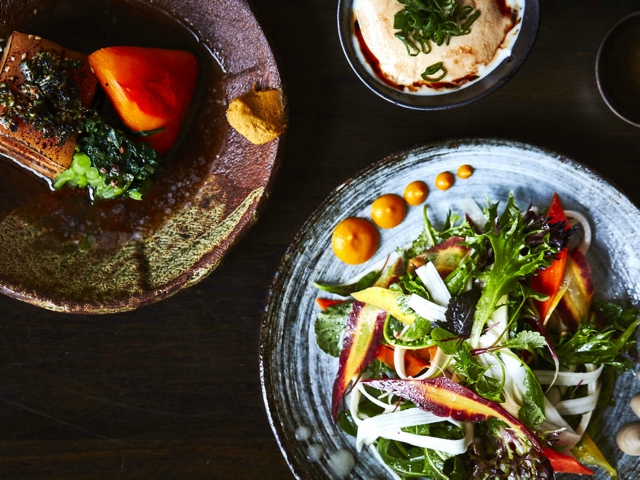 Along a rapidly transforming stretch of Sunset Boulevard in Echo Park, a new name greets diners and curious passersby alike.

Tsubaki, opened by Charles Namba (former sous chef of Bouchon in Beverly Hills) and Courtney Kaplan (former sommelier at Bestia), brings traditional Japanese izakaya fare with a distinctly California-modern bent out of its Little Tokyo and Sawtelle reserves and into this ultra-hip Eastside neighborhood.

The two met while opening the first New York City outpost of Japan's EN Japanese Brasserie, and fell "in love with the concept of the traditional Japanese tavern experience."

In December, it was announced that Namba and Kaplan had taken over Jitaek Lim's former Kush space. The duo has since redesigned the intimate interior with a palate of flaxen wood furniture and rich blue tones. The exposed brick walls and burlap-wrapped lighting pendants add an air of raw simplicity that matches the menu's perceived goals.

The ocean trout with salmon roe (sakura masu tartare) is a fresh and invigorating choice for starters. The roe pops in your mouth like little bubbles, while pickled daikon adds crunch to each bite. The subtle brininess of the Tasmanian trout is well-balanced with the tart brightness of the citrus dressing.

From the steamed selections, the steamed egg custard with crab (chawanmushi) is a much more subdued dish. Mitsuba leaves and wasabi give intermittent kicks of flavor. This is the sort of loving spoonful you'd seek out on a cold, rainy night.

A popular fried option is the ebi harumaki: caledonian blue prawns served with a yuzu and Japanese mayonnaise tartar dipping sauce. The prawns are served whole, with a slight spice and a satisfying crunch. The tartar sauce pairs fermented chilies with yuzu and tart mayonnaise.

When ordering the tako, expect to be served soft and salty Tokyo scallions topped with expertly charred octopus. The combination of the two flavors and textures makes for an interesting seafood offering. Meanwhile, the plate's shishito peppers are rendered almost sweet, with a garlic sauce used to highlight the taste.

The gyoza and lamb are two other recommended yakimono dishes. The gyoza are made to dip in an aged riesling vinegar sauce that you'd be excused if you wanted to drizzle onto everything you ever ate again. The tender lamb belly has a mouthwatering char giving depth to the umami flavors. The cut of meat is topped with Japanese chilis and garlic, and a puree of lemongrass and turnip on the side.

For sake enthusiasts, Kaplan has crafted a diligent menu of jizake (a local craft variety of the Japanese rice wine), along with selections of honkaku shochu and French wines. A seasonal menu of chu-hi cocktails (or traditional izakaya cocktails of juice and shochu) is also available.

Namba and Kaplan have succeeded in modernizing the izakaya experience while weaving California's signature seafood and produce into each dish. The achievement is sure to find praise from the neighborhood. 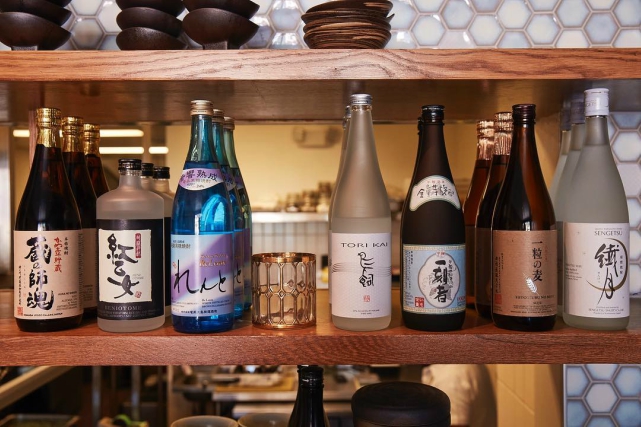