The Ten Best Places To Break Up In Los Angeles 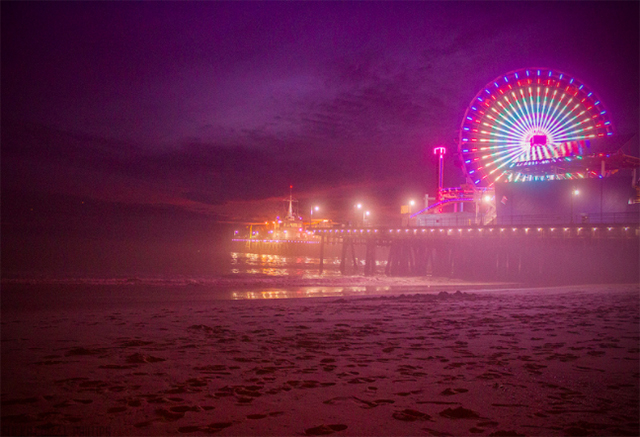 (Photo by J. Phillips via the LAist Featured Photos pool on Flickr)

By Richard Brown and Anna Harari

Valentine’s Day has come and gone. You suffered through a prix fixe dinner, ordered some flowers with a discount code you heard on your favorite podcast, and pretended to enjoy the insufferable coconut chocolates that seem to dominate the “variety box.” It’s clear what’s next. A major step in every relationship is in fact its final step. It’s time to break up. You know it, they (might) know it. But breaking up doesn’t have to be hard to do. You just have to do it at the right time, and most importantly at the right place. Fortunately, we’ve put together a list of the 10 best places in Los Angeles to end your relationship. 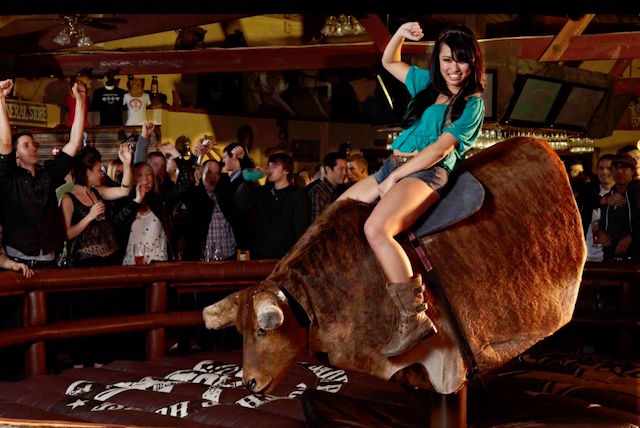 The Saddle Ranch is the only place in L.A. where you can order a steak, cook some smore’s and ride a mechanical bull all in the same evening. Stay clear of the bright lights of the Sunset Saddle Ranch and head to Universal City. Parking can be pricey, so consider asking your soon to be ex to join you on the Metro Red Line instead. Next stop, freedom!

Pro: Mechanical Bull! If watching somebody expend a great deal of energy only to face-plant isn’t a great metaphor for your relationship, I don’t know what is.

Con: You’re an adult, and you’re at CityWalk. Any relationship that ends up here was doomed from the beginning. 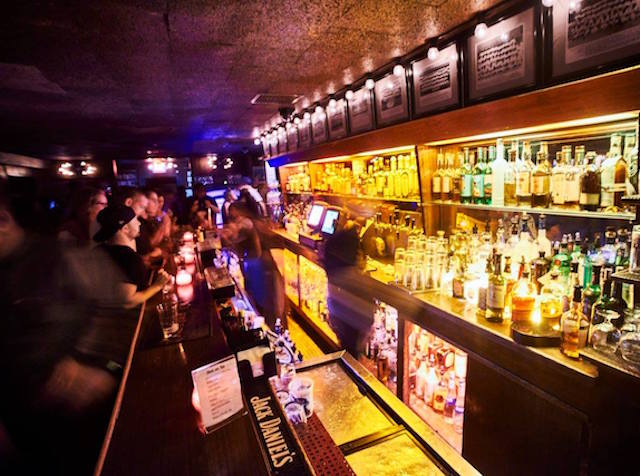 The chemistry in your relationship has suffered. In middle school jargon, you and your partner are in an endless physical rut located between second and third base. Fortunately for you, this Echo Park staple, named after its proximity to Dodger Stadium, has you covered.

Pro: Enjoy a few $5 PBR tall-boys to give you the courage to break up with your partner INSIDE the secluded photobooth. If your timing is perfect, you can let them down before the last two panels of the photo-strip, which makes for a fun refrigerator keepsake for both of you.

Con: The congested Uber line outside makes for extended goodbyes. 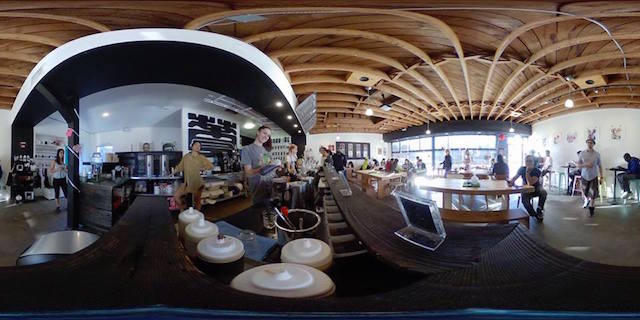 A self-described hangout “for life enthusiasts who pair refreshment with creativity.” The only thing more insufferably positive than the juvenile art on the walls is their wifi-password, “LifeGoals2017.” Why break up here? They allow you to add boba to ANY drink! What’s more awesome than that?

Pro: I’ll say it again, boba. The boba ratio is incredible. Also, that outdoor patio is lovely and features an easy exit to the nearest side street.

Con: During the inevitable awkward silence, the only conversation you’ll hear is that of North Hollywood actors discussing their latest feature, which like your break-up is “Ultra Low Budget.” 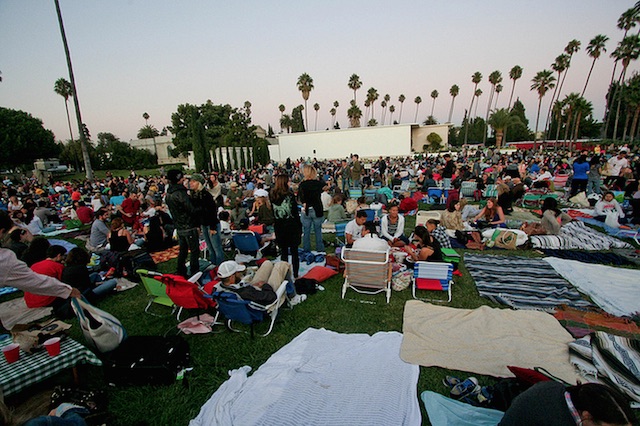 Your relationship is dead. Embrace that fact by enjoying iconic outdoor cult classic screenings at the Hollywood Forever cemetery. Each night is themed around the movie, with a state of the art novelty photo booth.

Pro: You can both hang out to watch a movie in silence before visiting the commemorative photo booth for a souvenir of your first night as a single person.

Con: Cemeteries are a reminder of mortality, loneliness, and the passage of time. Potential emotional trigger.

Hollywood Forever is located at 6000 Santa Monica Boulevard in Hollywood. Cinespia's schedule can be found on their website. 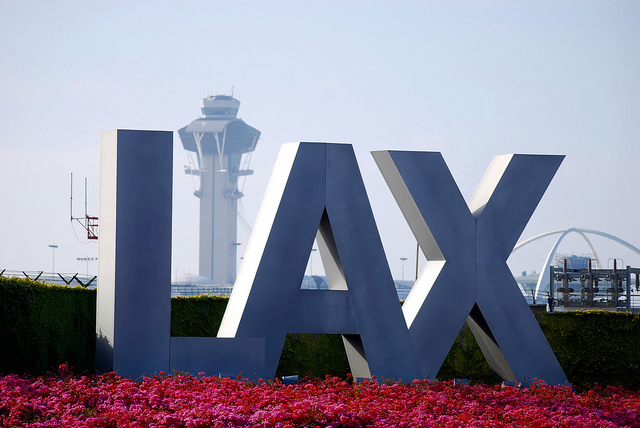 Hugh Grant was full of shit. Love really isn't all around at the airport. The white curb is for unloading all emotional baggage.

Con: Miss your timing and you’ll be forced into a 10-minute loop from hell with your brand new ex. 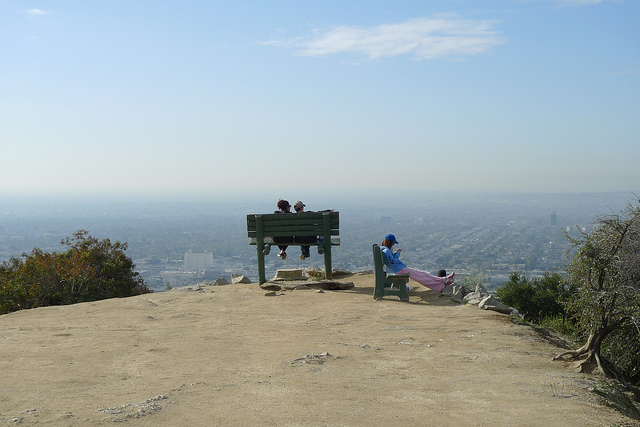 Runyon Canyon and chill. (Photo by juliewolfson306 via the LAist Featured Photos pool on Flickr)

Runyon Canyon is the most popular hike in Los Angeles. If you want to avoid post-break up conversation, take the steep path which is sure to leave you both winded.

Pro: Lululemon-clad eye candy will distract you from the one that (very recently) got away. Plus, it’s a great excuse to never come back for another hike. "It's still too raw," you’ll say.

Runyon Canyon is located at 2001 N. Fuller Avenue in Hollywood.

(Photo courtesy of the Museum of Broken Relationships via Facebook)

THE MUSEUM OF BROKEN RELATIONSHIPS

Romance isn't dead, but subtlety is.

Con: In order to seem interested, you will have to feign empathy for strangers, which is something you clearly don’t have for your partner.

The Museum of Broken Relationships is located at 6751 Hollywood Boulevard in Hollywood. 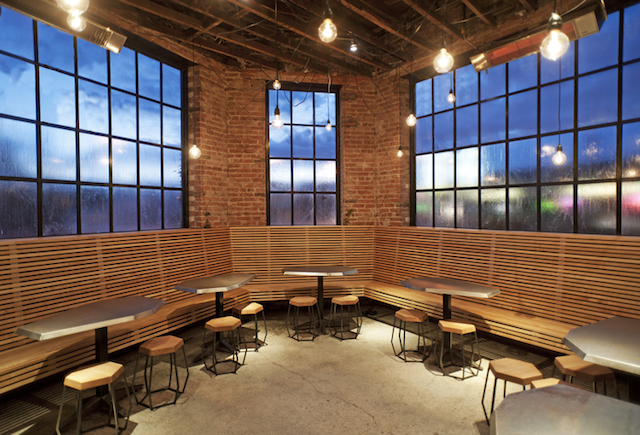 So many Los Angeles relationships end because you live on opposite sides of town. With two locations, Venice and the downtown Arts District, this German-themed sausage shop offers a rattlesnake and rabbit sausage, which surprisingly is a better pairing than you and your partner ever were.

Pro: You can pay when you walk in, assuring an easy out. The long public tables also alleviate any sense of intimacy.

Con: Nobody in L.A. has been able to correctly pronounce “Wurstküche” correctly. This will make retelling your break-up story especially difficult.

Wurstküche is located at 800 E 3rd Street in the Arts District and 625 Lincoln Boulevard in Venice.

THE END OF THE SANTA MONICA PIER

If you’ve reached the point in your relationship where the novelty of a ferris wheel ride has worn off, this is the perfect place for you.

Pro: The sea vista is a perfect backdrop for any "lots of fish in the sea" metaphors you might be considering. There are also talented craftsmen on hand to write “It’s not you, it’s me” on a grain of rice.

Con: The really awkward 30-minute walk back to your car, and the very strong chance you’ll be accosted for cash by Guitar Jesus on your way out. 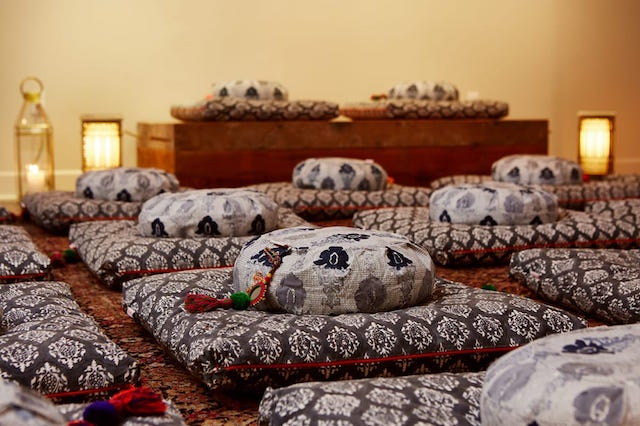 (Photo courtesy of the Den Meditation via Yelp)

You’ve come to “self-realize” that you can do better. The guided mindfulness meditation classes offered here will allow you to focus your awareness on breaking your partner’s heart.

Pro: Come for the free wifi and lobby coffee. Stay for the sound-bath meditation. It will teach you and your partner interdependency while drowning out any muffled cries. Your love chakra deserves as much.

Con: The sea of positive energy may give you a profound realization about giving your relationship another shot. That’s your third eye chakra talking. You should ignore it.