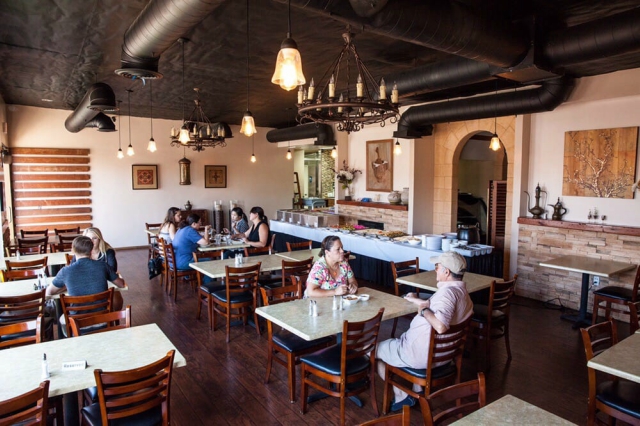 Photo by Aleppo's Kitchen via Yelp

According to the Arab American Institute, California has the highest Arab American population in the United States, and the state is home to the largest community of Syrians in the nation. City Data estimates that nearly 14,000 Syrians live in Glendale, 1,400 more live in Burbank, and thousands more are scattered around Los Angeles and Orange counties.The main cultural hubs of the Syrian community are in Van Nuys and Anaheim (where it's centered mainly on a stretch of Brookhurst Street that has become known as Little Arabia).

Nahla Kayali of Access California Services, one of the largest refugee resettlement organizations in the state, told LAist that the Syrian community has deep roots throughout many industries, including real estate development, construction, medical research, and entertainment. And according to a representative of the Islamic Center of Claremont who spoke to LAist, the Syrian community has shied from the spotlight until recently, when the civil war compelled many Syrian Americans to step out in support of new immigrants.

Syria is currently deep in turmoil, certainly, but the nation and its peoples are more than the warfare that has surrounded them. And while the Syrian heritage is impossible to encompass with any one thing, food, as always, can be a direct and intimate way to get to know a culture. Here are seven restaurants that could serve as your introduction to Syria and its culture. 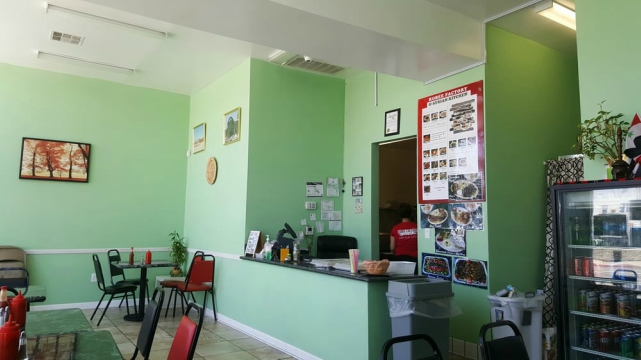 Photo by Dion C. via Yelp

Kobee, sometimes called Kibbeh, is a traditional Syrian dish of deep-fried balls of bulgar wheat that surround minced onions and ground meat—usually lamb or beef. Kobee serves a variety of kobees with a side of salad. According to A Taste of Syria, kobee is usually spiced with da'ah—a blend of cardamom, cloves, nutmeg, allspice, black pepper, and cinnamon. 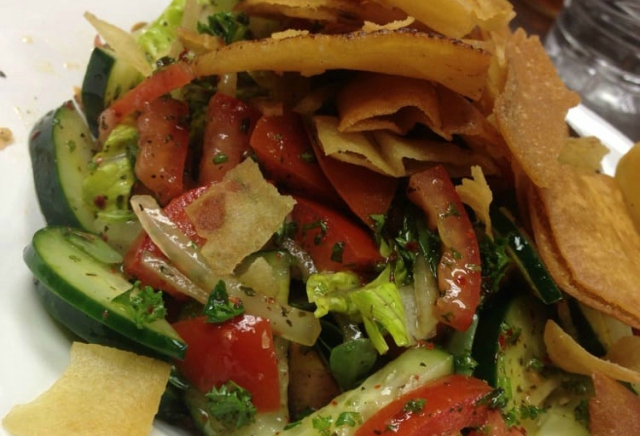 Photo by Apig A. via Yelp

Syrian cuisine is built heavily on vegetable dishes. This fact is most predominant in Syrian mezze, or a spread of small salad dishes used as an appetizer. Esso serves such specialties as lebni yogurt topped with walnuts, garlic, and peppers; muhammara, a blend of walnuts, bread crumbs, paprika, pepper paste and pomegranate juice; and boureg (or hand pies) stuffed with cheese. 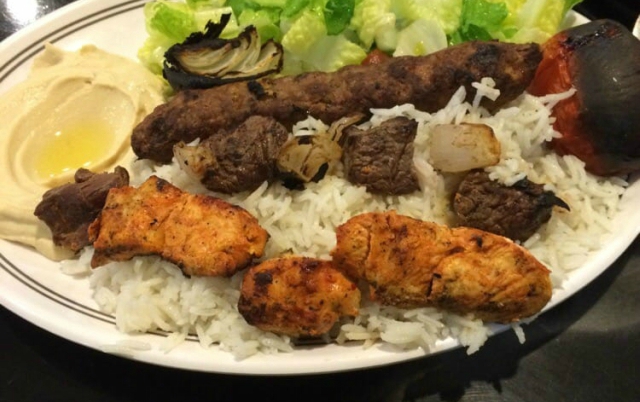 Photo by Romy K. via Yelp

Lamb is a common meat used in Syrian cooking. Lamb kabob (or lamb skewers) are typically slow-broiled and garnished with mint or parsley. The meat is then served with cuts of tomatoes and onions. Alwadee also serves lamb as bemye, or a stew with okra and tomato.

The city of Aleppo is the cradle of Syrian cuisine. Turkish, Greek, Armenian, and Arabic influences have all shaped the local fare there. At Aleppo's Kitchen, the Armenian soujouk is made with beef sausage, garlic, peppers, and coriander. 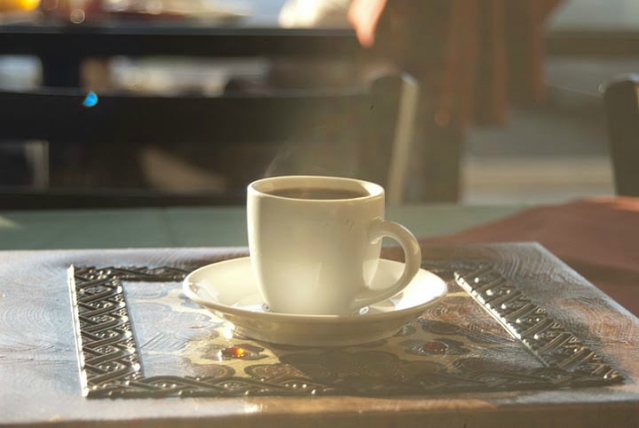 Photo by Windexian P. via Yelp

At times called Turkish coffee, Arabic coffee, and Armenian coffee, this espresso-style shot is served with the ground coffee beans left in the liquid, forming an almost mud-like base. Kebab Halebi calls their version Armenian coffee, and it is not to be missed (though, be forewarned, a sip may keep you awake for days on end). 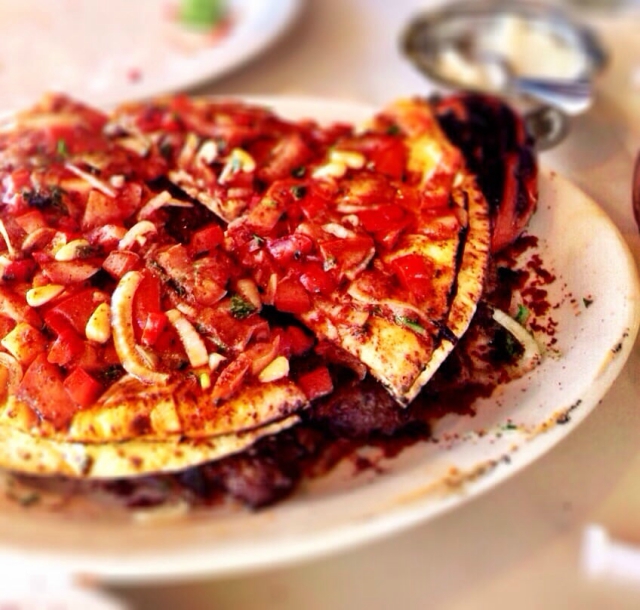 Photo by Troy K. via Yelp

According to The Art of Syrian Cookery, the most predominant bread served at a Syrian meal is a large, thin, flat loaf that's torn by hand and used to scoop other food. At Koko's, the flat bread is used in several sandwiches, including lule kebab (or ground minced meat), shish chicken (grilled chicken cutlets), and a full chicken breast. For an added treat, try the anta kali (flat bread topped with lule kebab). 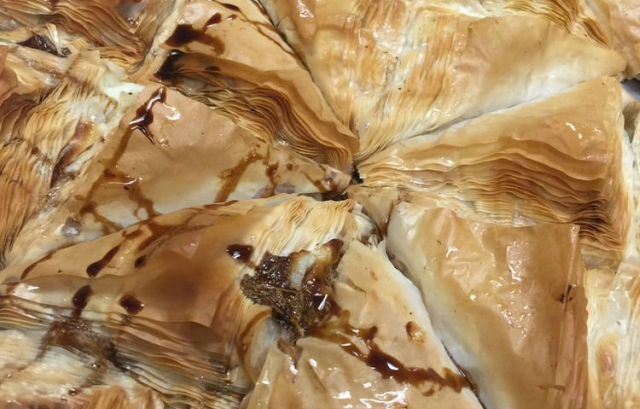 Photo by Aina I. via Yelp

Halvah, or sesame paste sweetened with oil and sugar, is a delicious and traditional Syrian dessert treat. Baklava is another (and more widely-known) option. At Tarboosh, enjoy the knafeh (shredded wheat soaked in sweetened milk and filled with a lemon and rosewater tinged syrup) or ma'asoub (a soul-satisfying mix of dates, honey, banana, and butter).