The 11 Best Hangover Foods For Your Morning After 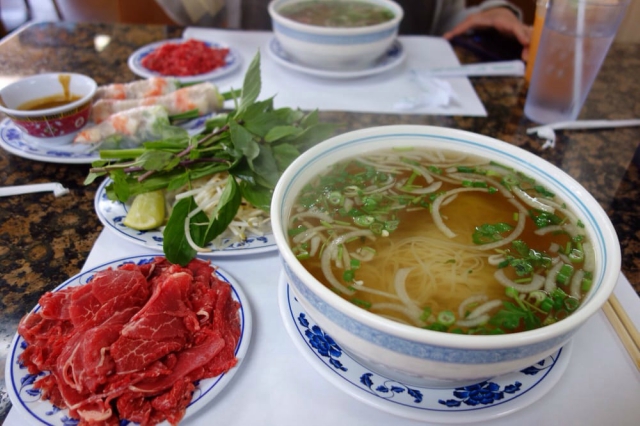 It's 11:30 a.m. on a Sunday. The sun through the blinds is too bright. You just woke up and you are hungover. Maybe you were celebrating last night (a new job? a new flame?), or maybe you were drinking away your sorrows (fired from a job? broke up with a flame?). Either way, now you're in bed, your head hurts, your body aches, and the sun is too damn bright.

"Hangovers are mini-withdrawals," Dr. Lara Ray told LAist. Ray is a UCLA School of Medicine professor, and co-directs the Addiction and Behavioral Medicine Clinic at the UCLA Family Health Center. Alcohol, and its excitatory properties, flood the central nervous system, she continued, and a hangover is the rebound. "Dehydration is not a clinically significant factor," said Ray. Essentially, your brain is just responding to the heavy concentration of alcohol by giving your body a warning to stop drinking. "It's an adaptive mechanism. A hangover is useful as a stop signal."

There's really nothing one can do to treat a hangover, Ray added. "Drinking can address it, but we don't recommend it." (You hear that, morning drinkers?) Nutraceuticals (foods and vitamins), as well as rest and hydration, can treat symptoms, much like with a cold, but basically you're stuck with it. What's more, Ray said, "a remedy would have an undesired effect, it would enable people to drink more and more."

But, wait, greasy foods to sop up the alcohol? Spicy foods? Surely those do something. "We wish it were true, but [neither is] a reliable remedy," Ray concluded. But, "people know their bodies best, and we encourage" them to do what they think helps.

Fair enough. So, here now, is a list of the 11 best hangover foods around Los Angeles. 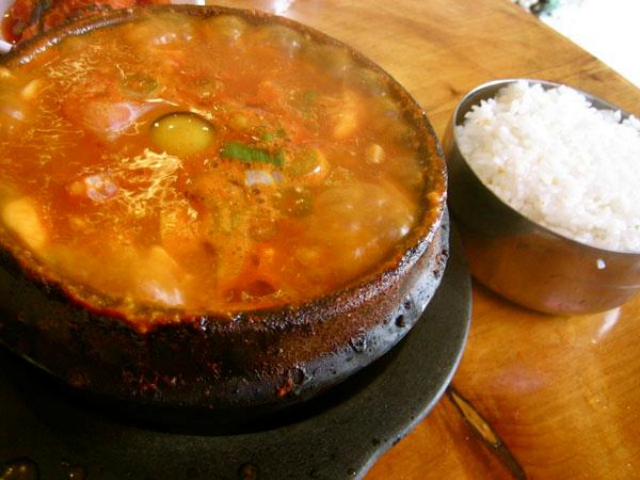 BEVERLY TOFU HOUSE - Soon Tofu
Doesn't matter which iteration of this traditional Korean dish you order (seafood, veggie, etc.), it's warm, it's spicy, and it has plenty of fermented goodness in it—that's what matters. Also, Anthony Bourdain and Roy Choi vouched for it. It's safe to assume they know something about nursing a hangover. 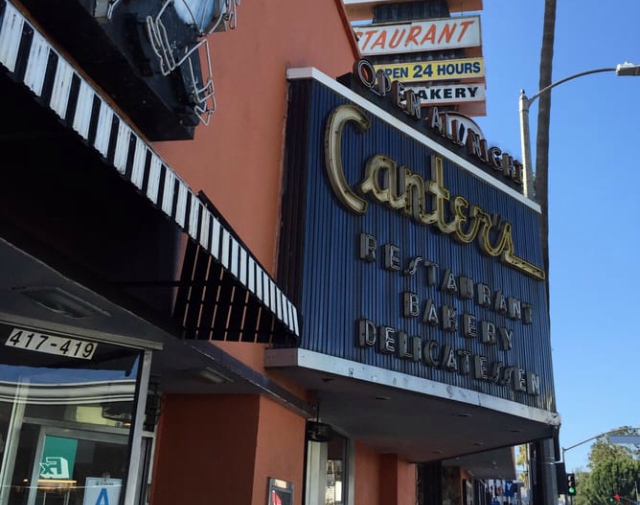 (Photo by Mark S. via Yelp)

CANTER'S DELI - Cheese Blintzes
Think sweet cheese (say cottage cheese, more than savory cheddar), then wrap it in a thin, crepe-like exterior. Your Ashkenazi Jewish mother will insist you nurse back to health on her beloved blintzes. Your queasy stomach will be thankful too. 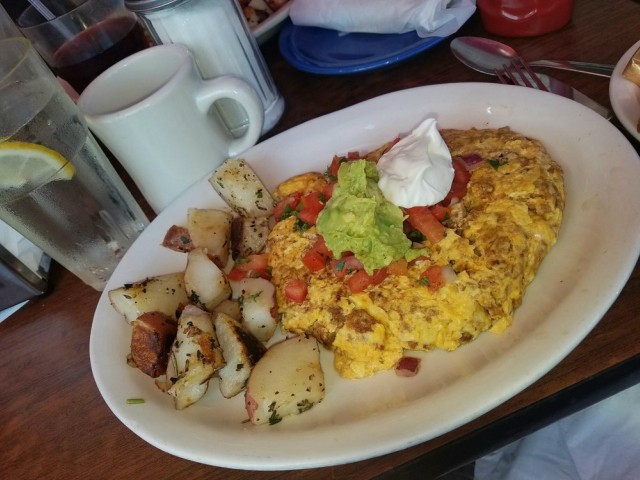 (Photo by Stan E. via Yelp)

MILLIE'S CAFE - Devil's Mess
For nearly a century, Millie's has been peddling belly-filling messes along Sunset Boulevard in Silver Lake. No doubt Charles Bukowski (who lived barely over a mile away) nursed a hangover (or several) here. The "Devil's Mess" is a sloppy, spicy cure with no frills, save the dollop of guacamole on top (which, let's be honest, isn't exactly a "frill" so much as a necessity). Also, Cajun spiced turkey sausage comes wrapped inside. This is what hangover dream foods are made of. 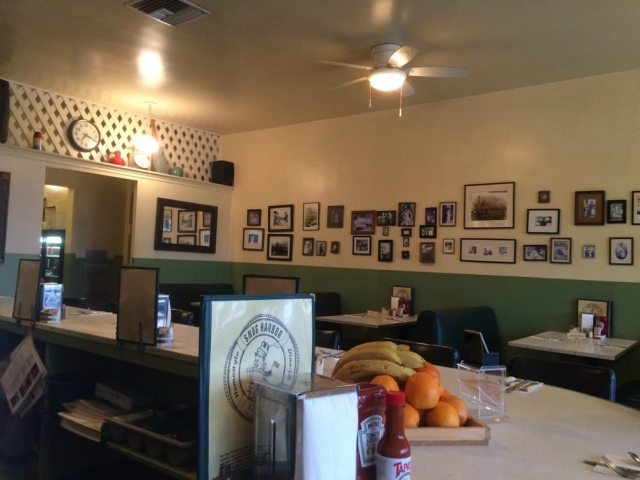 (Photo by Mary L. via Yelp)

SNUG HARBOR - Deuces Wild
Few places in the city offer as cozy an environment and as solid a classic breakfast as Snug Harbor does. The "Deuces Wild" is as straight-ahead as it gets: two pancakes, two eggs, and two pieces of bacon/sausage links. Grab a seat at one of the vinyl booths (which doubles as the perfect spot to curl up into little ball) and enjoy. 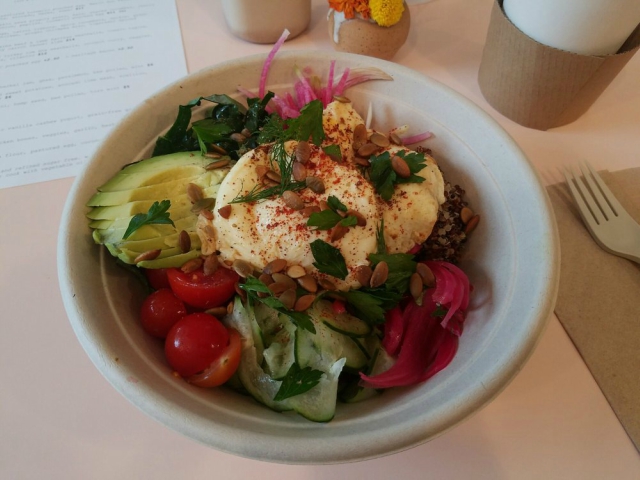 HONEY HI - That One Bowl
Yes, sometimes you wake up hungover and you desperately want to feel healthy again. That's where Honey Hi's "That One Bowl" comes in. It's exactly that one bowl of nutritious, hearty goodness you're looking for. Warm quinoa, pesto, egg, and veggies make for a filling meal that's good even if you're neither vegetarian nor especially hung over. 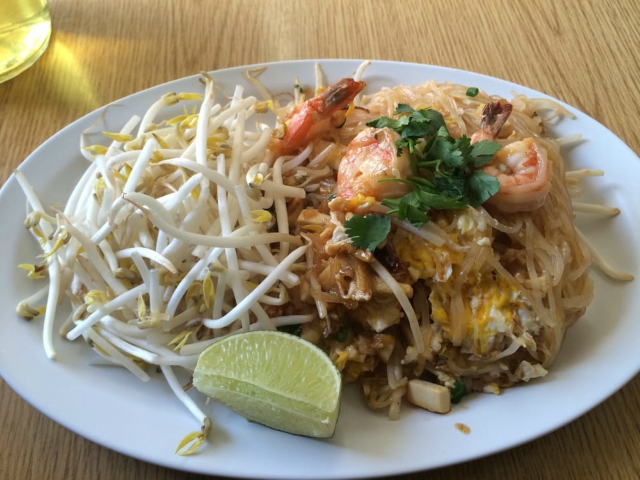 Photo by Drew B. via Yelp

SAPP COFFEE SHOP - Pad Thai
There's little argument that Sapp has the best pad thai in Thai Town. There should also be little argument that pad thai is a perfect hangover food: slippery noodles, savory chunks of meat, fragrant spices, and plenty of ground peanuts. The only extra thought this dish requires is how many thai chilies you'll want to top it with. 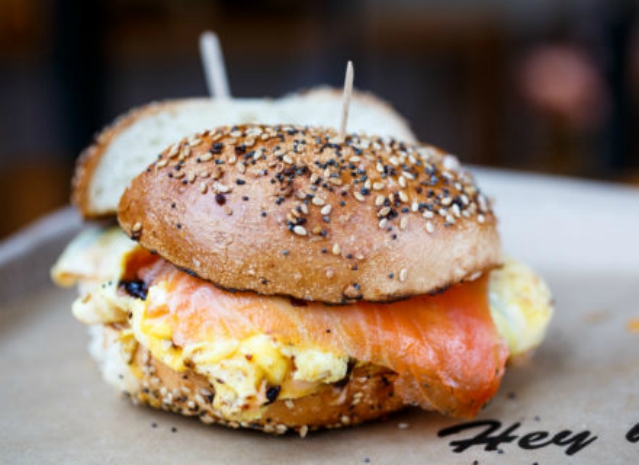 
WEXLER'S DELI - Uncle Leo
Deli's are full of potential hangover foods, true. We went with the "Uncle Leo" because it's simple yet effective: eggs, lox, cream cheese on a bagel. What's more, every ingredient here is of the highest quality. The bagel is made fresh. The cream cheese is rich, with just a hint of tart. The lox is salty without being overbearing. The eggs are prepared soft and fluffy. This breakfast sandwich is a reminder that a hangover is no excuse to eat garbage.

PHO FILET - Pho Filet
This San Gabriel Valley pho slinger serves up one of the San Gabriel Valley's best bowls of pho (and at under $10, one of its best deals, too). Load up on this rich, therapeutic broth (which is seasoned with a nice kick of ginger). Prodigious amounts of beef and doughy rice noodles will eliminate your hangover, but may leave you in a food coma. 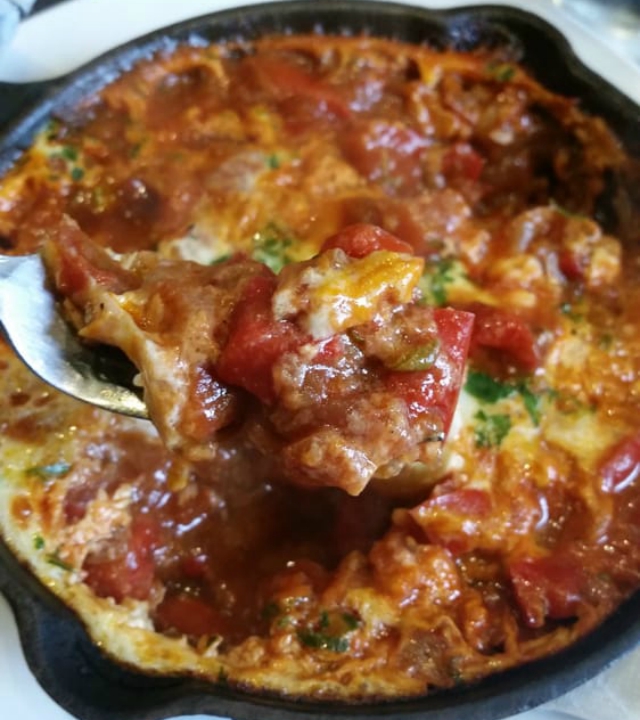 Photo by Daniel S. via Yelp

HUMMUS BAR AND GRILL - Chef's Shakshuka
It's a simple premise with a powerful delivery: eggs, tomatoes, and peppers. Served together warm and soupy, and it's clear to see why nearly every country in the Middle East wakes up to this. Add a freshly-baked slice of one of the Valley's best pita breads, and you'll have neutralized your hangover as quickly as you'd downed those drinks the previous night. 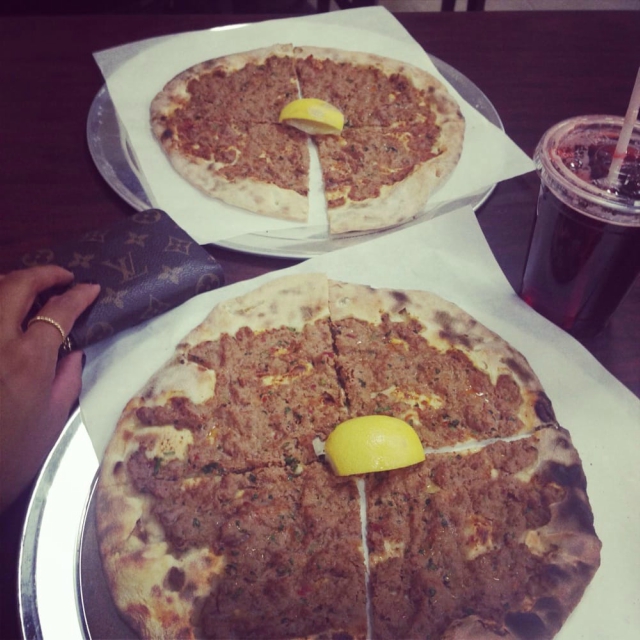 Photo by Nell B. via Yelp

SAJ BAKERY - Lahme B'ajine
Far be it from me to understand why this meat-and-flat bread wonder is not more popular in Los Angeles, but few foods can cut through a hangover with such raw flavor as lahme b'ajine. Saj Bakery combines ground beef, za'atar, and tomatoes on top of their famous traditional saj bread cooked in-house. If you can stomach the drive out to Granada Hills, you'll be handsomely rewarded. 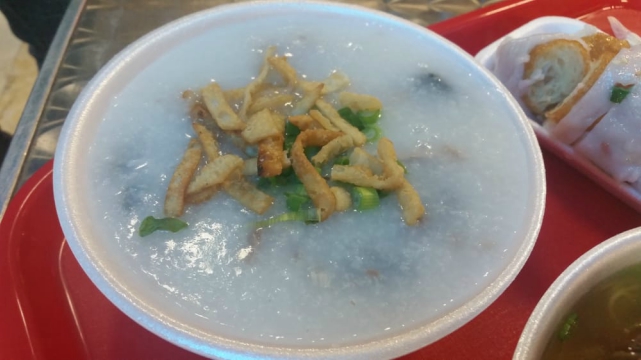 Photo by Derek S. via Yelp


HARLAM'S KITCHEN - Congee
This traditional Chinese breakfast food can be ordered as plain or adventurous as you'd like, but, either way, it's going to be delicious. Harlam's makes their congee (or rice porridge) thick. Scarf down this warm bowl of glutinous heaven with the addition of fish, chicken, or even pig's blood if you're game. Looking for even more simple carbohydrates to nurse your hangover? Add a side of Chinese donuts.