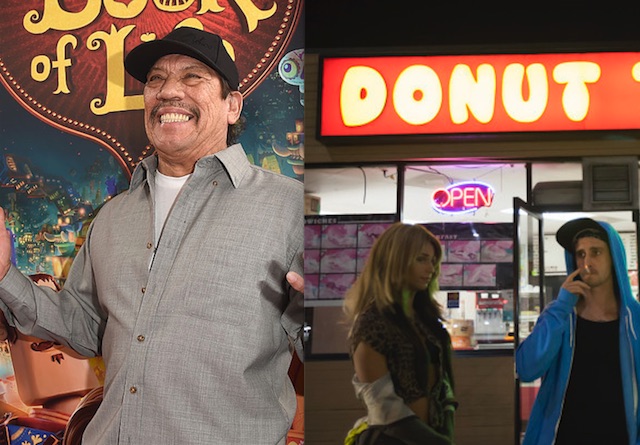 We were pretty bummed to report back in June that Donut Time had shut its doors. The shop had gained its share of fame through 2015's Tangerine, in which the store got plenty of screentime.

The space went vacant, and needed a hero to swoop in to revive it. But who, exactly, will brave the intersection of Highland Avenue and Santa Monica Boulevard? None other than Machete himself, Danny Trejo. As Trejo told ABC 7, he's bringing gourmet coffee and doughnuts to the spot, so the space will live on as a purveyor of fried dough.

Apparently, the upcoming shop will also have a focus on dietary restrictions. When a reporter asked, "Are we getting gluten-free doughnut?" Trejo responded with an adamant "Absolutely!" This sort of mindfulness is nothing new to Trejo, as he's openly expressed his love for vegan food before.

Signs announcing the store have already gone up. And apparently they're hiring:

Eater LA reports that the space may start serving by late February.

Trejo has become, in some respects, the Paul Newman of our day, what with his face/brand being lent to a taco truck and two taco joints. Will we be seeing a line of "Trejo's Own" salad dressing. Fingers crossed.