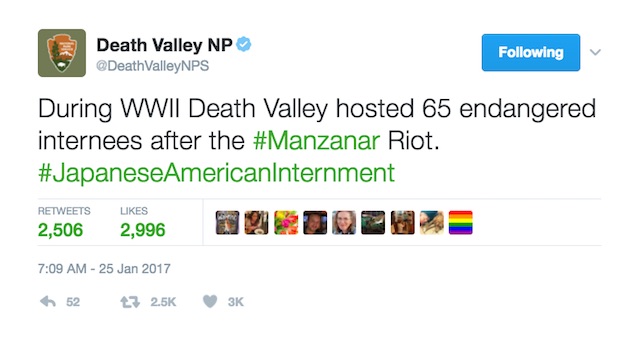 They followed that tweet up with a Dorothea Lange photo of influential former Rafu Shimpo newspaper editor Togo Tanaka, who helped chronicle Japanese-American internment. The photo was paired with a quote from Tanaka that ran in a March 13, 1942 Rafu Shimpo editorial. 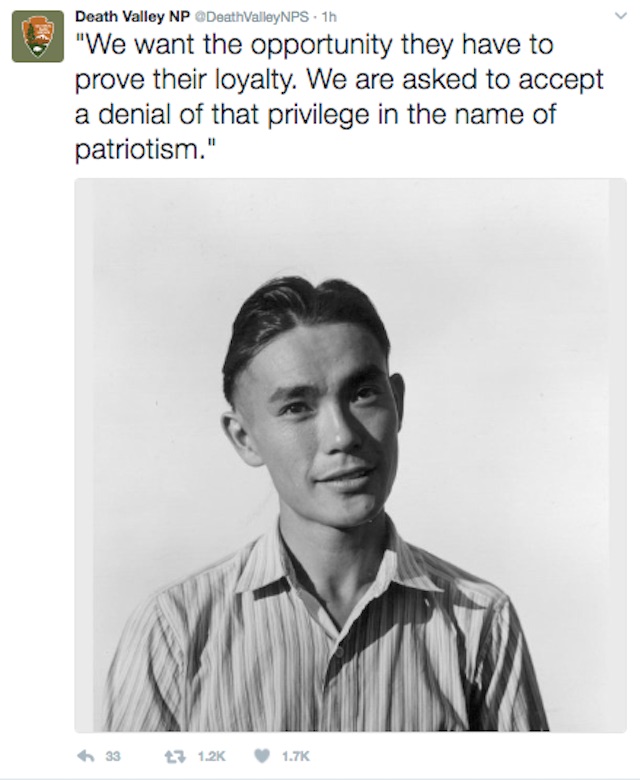 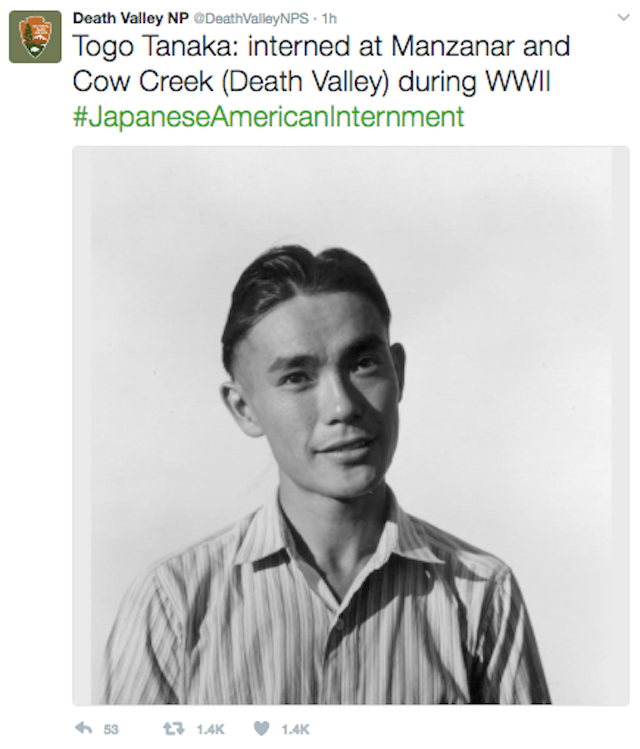 We presume the tweets won't last long, so we've included them all as screenshots, as opposed to embedded tweets.

A quick refresher for anyone who hasn't been paying attention: back in November a high-profile surrogate for President Donald Trump actually said that World War II-era Japanese-American internment camps could be seen as a “precedent” for the potential creation of a Muslim immigrant registry. This is despite the, um, slightly awkward fact that the U.S.'s Japanese-American internment camps are pretty much universally considered a black mark on our country's history. In fact, it was no less a conservative icon than Ronald Reagan who signed the Civil Liberties Act of 1988, which issued a formal apology to the more than 100,000 people of Japanese descent who were incarcerated, and paid out $20,000 in compensation to all surviving victims.