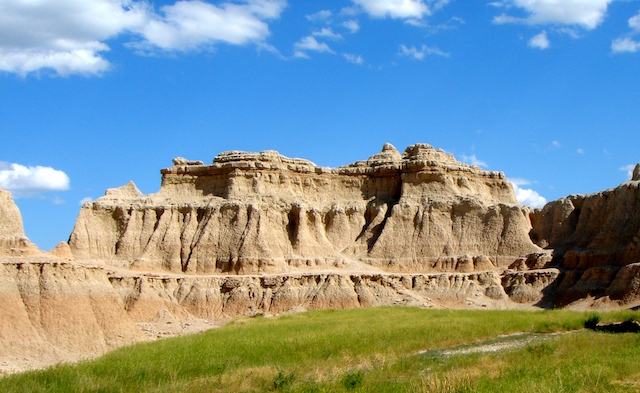 On Tuesday, the keeper of the keys to the official Badlands National Park Twitter account went blissfully rogue and decided to drop some science knowledge on the public. And we're not just talking vanilla science, we're talking climate science.

It's 23 degrees out in South Dakota, on a day when now-President Donald Trump muzzled EPA employees and signed executive actions advancing the Keystone XL and Dakota Access oil pipeline, and whoever is running the Badlands account had clearly reached their boiling point. He or she didn't care that a gag order had been temporarily placed on all Department of Interior Twitter accounts, which happened after another hero employee had kicked up a hell of a storm by retweeting two less-than-favorable sentiments about Trump on the main National Parks account (which they "regret"). Climate change is real, and they were ready to tweet about it.

Things were still going normally on the account at 8:40 a.m. PST, when they issued a nice but extremely non-controversial tweet pairing a pretty picture with a Frank Lloyd Wright quote.

But then, an hour and ten minutes later, things started to get interesting:

Then came the science. That's when things got crazy: 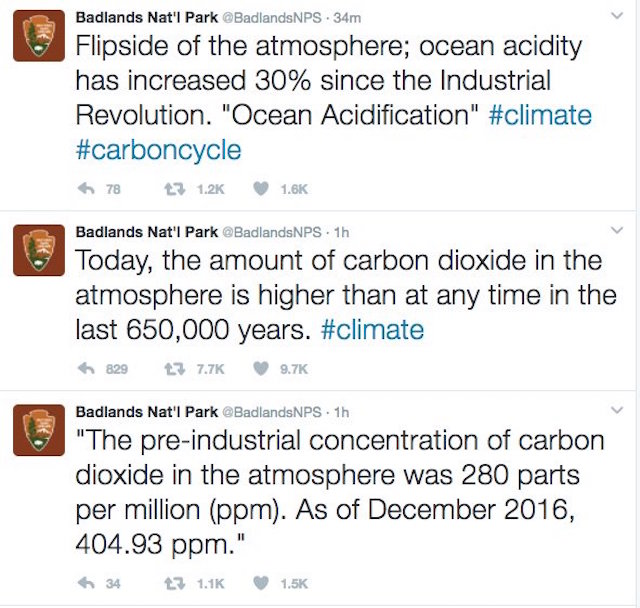 God bless whoever runs this social media account, and the rugged 244,000 acres of park they rep. We're pulling for you.

Sidenote: What does it say about America in 2017, when a national park tweeting out scientific facts is the definition of going rogue?

Update [2:30 p.m. PST]:
As of 2:30 p.m., all of the climate-referencing tweets have been deleted. The screenshots, however, will live forever, much like the damage we have caused to our environment.

Guess who screencapped the glorious @BadlandsNPS Revolt of 2017 right before the tweets were deleted. #moi #Badlands #climatechange pic.twitter.com/k7GshtGpDs