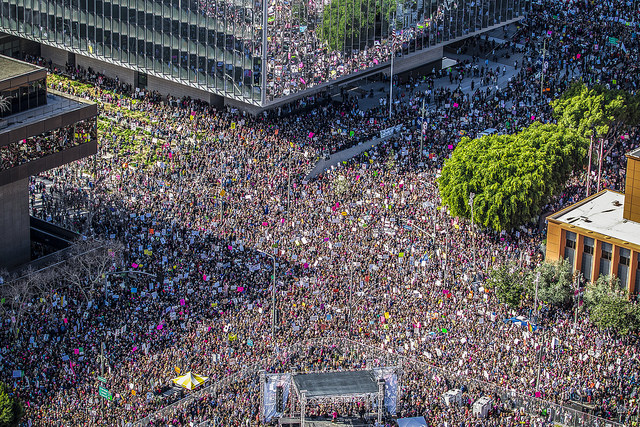 On Saturday, between 500,000 and 750,000 people marched through the streets of Downtown Los Angeles during the L.A. Women's March. And though the event was the largest of its kind outside the Women's March on Washington, D.C., not one single arrest was made. Let that sink in for a moment.

“We had zero arrests,” Officer Norma Eisenman, a spokeswoman for the Los Angeles Police Department, told The Wrap. “It was very peaceful, very family-oriented. We had lots of families out there. ...They looked happy. There were people out there who looked happy just to exercise their First Amendment rights.”

The LAPD confirmed today with LAist that zero arrests were made during yesterday's march. 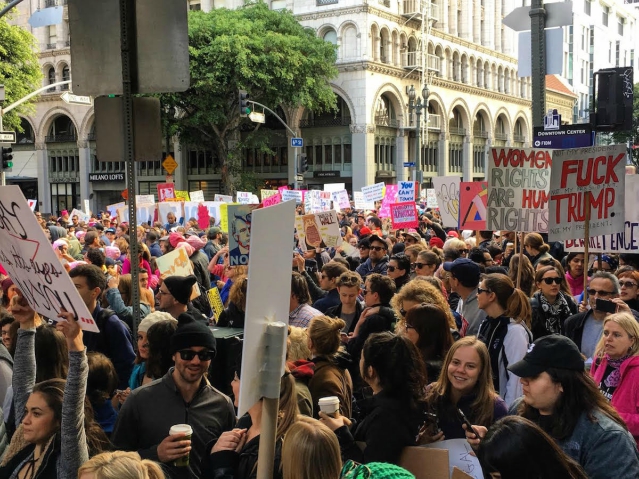 The same peaceful spirit permeated Washington, D.C., where an estimated 1.2 million protesters took to the streets. According to The Hill, not one single arrest was made for a crowd that was three times the population of the city of Miami.

"I want my kids to see that peaceful protest, and that peaceful dissent, is OK," Amber Coleman-Mortley, 34, who went to the D.C. march from Georgia, told the Los Angeles Times. "Being a black woman, I'm at the place where race and gender issues are my problem. It's just important for me to come out here to address that — 'Hey, I matter.' "

What a great day! It was a festive, peaceful day from start to finish #WomensMarchLA https://t.co/rp4ceFPdPQ