'Split' A Reminder That M. Night Shyamalan Is A Master Of Suspense 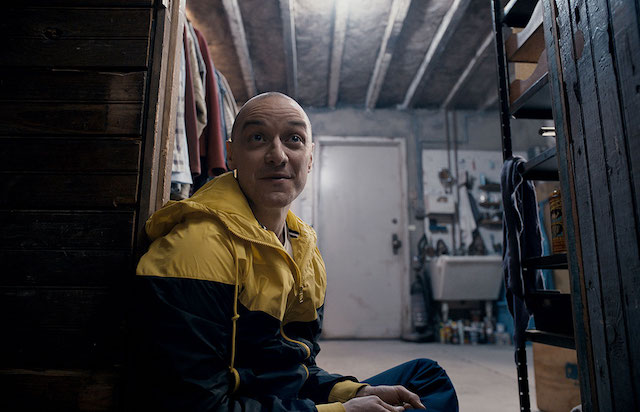 The nagging question for many watching Split will certainly be, "Is M. Night Shyamalan finally a good filmmaker again?" But when was he not? A media blitz following his sensational splash with The Sixth Sense unfairly pegged him as an immediate boy wonder, only to thrust him closer and closer toward the sun. Audiences flocked to his films searching for the plot twists, then rejected them when they disappointed.

But even in his misfires, Shyamalan had a way of finding horror in mundane settings, and drawing out our suspicions and fears. He often aims for the jugular (for better or worse) and shows a conviction in making his characters believe the horrors that befall them as much as the audience does.

Turning low budget with last year's The Visit, Shyamalan displayed a new knack for carrying a premise through its full gamut, and Split certainly drives that angle home. In the movie, a cold and stand-offish teen named Casey (Anya Taylor-Joy) is kidnapped with two popular girls and held hostage by an OCD-affected pedophile named Dennis (James McAvoy). At some point McAvoy returns in a dress, thinking he's a woman named Patricia, and apologizing for the man's rude behavior. Suddenly, he scrapes around on his knees as a young 9-year-old boy named Hedwig. McAvoy, ever the Shakespearean thespian with a knack for eloquent diction, plays these characters with an attuned perception to voice and movement. And what ensues is a cat-and-mouse game with Casey as she devises an escape plan by exploiting his 23 split personalities (the presence of a mysterious 24th personality looms in the shadows).

Essentially playing out as a chamber drama, Shyamalan's camera weaves in and out of the frame to constantly alert our senses to the finer details of the confined spaces. Casey's two-room prison is imbued with an ominous minimalism, and Carol art director Jesse Rosenthal and It Follows cinematographer Mike Gioulakis keep things on edge, particularly in an extended take as a character barrels down a pipe-laden basement. Most terrifying of all are the Jonathan Demme-style frontal close-ups, which provide an added intensity as we watch the faces squirm and twitch in the slightest of manners—the method also provides a surprisingly empathic perspective. 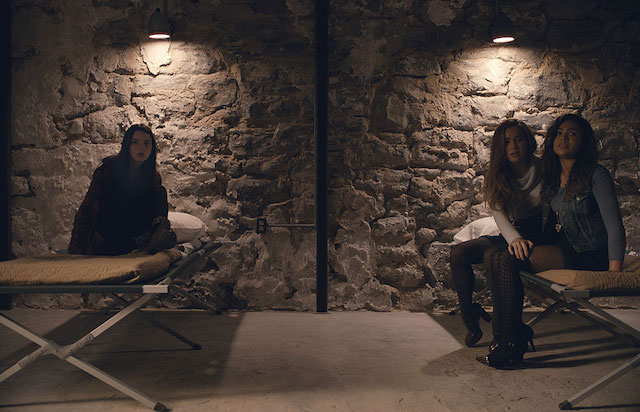 Split essentially intersects three different narrative threads: Casey's captivity, a flashback thread in which she learns hunting from her father and a suspiciously kind uncle, and a parallel thread following McAvoy's therapist (horror icon Betty Buckley) as she interviews and researches his unique disposition. The flashbacks not only provide certain details about how Casey learns to view and break down her captor, her internal trauma also plays off the external one in a way that acknowledges its importance to her own strength as an individual. And while Buckley first appears to essentially explain the identity disorder, her presence becomes instrumental in how the characters evolve. Some may dismiss the film's anticlimactic finale, but the end—an exchange of close-ups where two characters recognize their traumas as a source of strength—hits a poignant note.

He may be a genre filmmaker who enjoys a good spook, but Shyamalan performs his duties with sincerity. An unfortunate byproduct of this, however, is that the humor in his films feel outdated—not misguided, exactly, but seemingly out of touch with how serious he takes his story. What truly feels out of touch is a post-credits scene that feels incongruent—it seems more at-home in a Marvel flick. Whether it was Shyamalan's idea of a bad joke or a studio insistence, it's big a shame, especially after Split has reached its cathartic climax. Up until this misstep, however, Shyamalan proves himself not just a master of suspense, but also a director who opts for grace and empathy within the confines of exploring the supernatural.