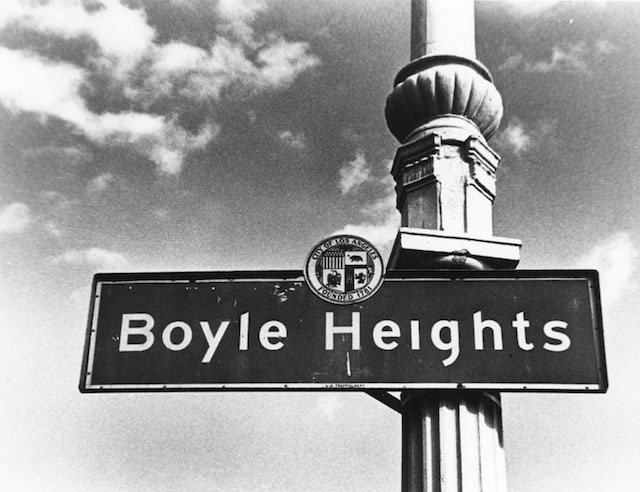 In an area of just 100,000 people, Boyle Heights likely has more great Mexican restaurants than entire regions in the United States, with variety unmatched anywhere, especially Texas. Sure, Boyle Heights has the Breed Street Shul, Evergreen Cemetery, Mariachi Plaza, Libros Schmibros, Hollenbeck Park, Self Help Graphics and history on every square foot but when I drive up the labyrinth of First Street heading east my thoughts are elsewhere…mostly in my stomach. But first, some history. 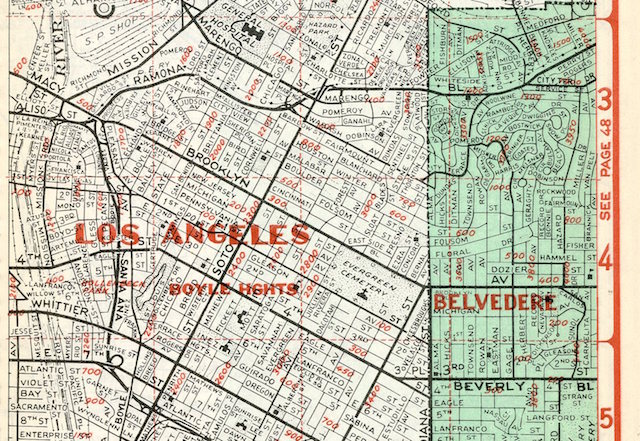 Many Angelenos refer to “East Los” as everything across the L.A. River, but Boyle Heights and East Los Angeles are really two separate entities, as seen in the map above at the demarcation of Indiana Street that slices through the familiar east-west avenues like Whittier, Third, and First streets. East Los Angeles was developed as far back as 1870, slightly after the area known as “Paredon Blanco” (the White Bluffs) was purchased by Irish immigrant Andrew Boyle in 1868 and settled around the area of what is today Boyle Avenue.

Drawing of a panoramic view of Los Angeles, looking east from Boyle Heights in 1877. A portion of Boyle Heights (then called Brooklyn Heights) is in the foreground, with street names labelled. Beyond that is the Los Angeles River and the Plaza and hills to the north. (Photo courtesy of the Los Angeles Public Library Photo Collection)

Boyle Heights was the name that was placed on the area by Boyle’s son in law, William H. Workman when he subdivided the land after his esteemed father in law died in 1871. By 1877, Boyle Heights was a vibrant neighborhood with sundry ethnicities comprising the fabric of the growing area. The land booms of the 1880s in Los Angeles spilled across the river, which now was connected by bridges, and the Eastside became a place for immigrants and newcomers from all over the world, including Russians, Japanese, Croatians, Armenians, Portuguese, Mexicans and Jews fleeing persecution in Europe.

This plate from Baist's Real Estate Atlas Surveys of Los Angeles shows the area in 1921: 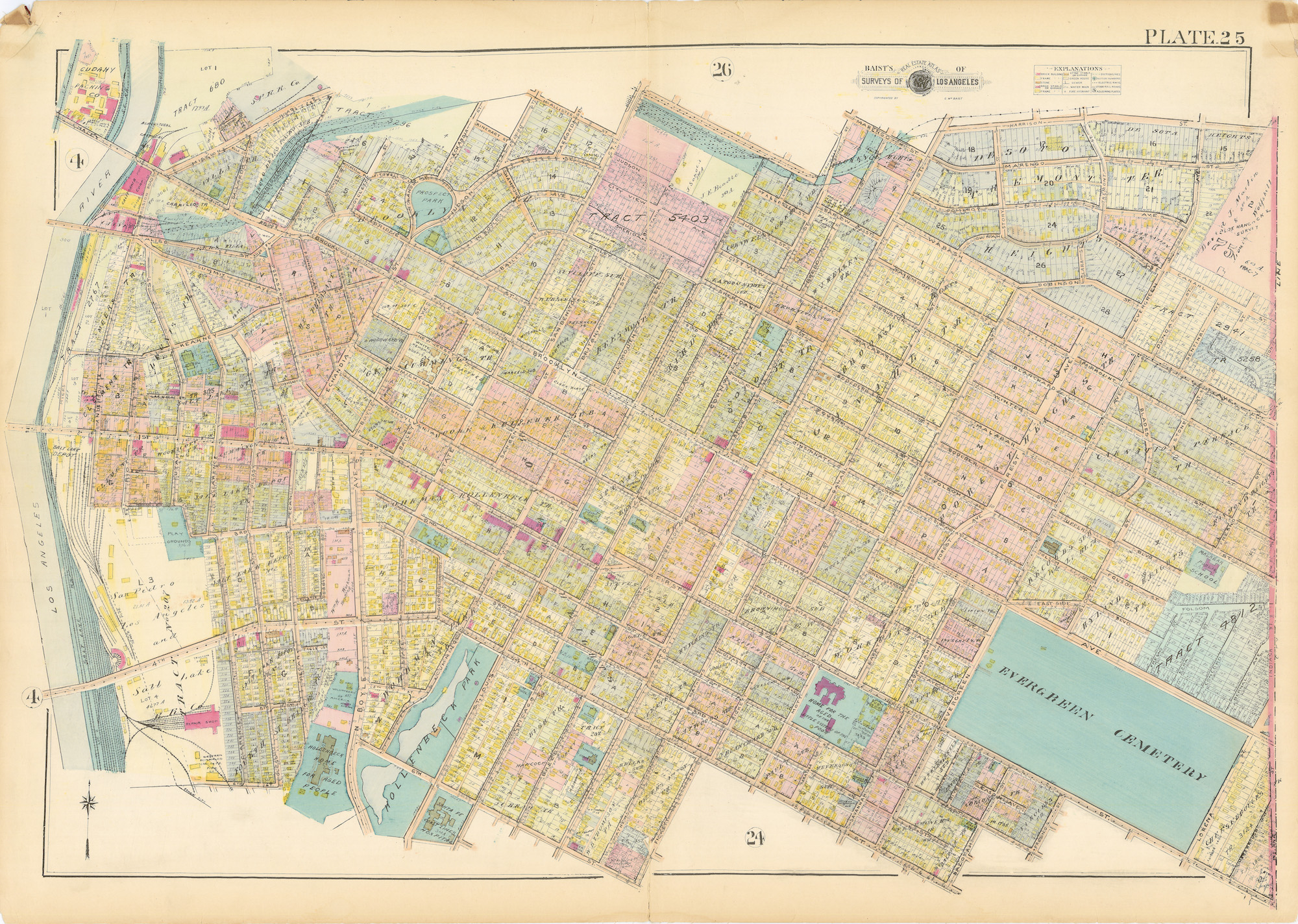 While other areas in the growing city excluded many ethnic groups, the streets of Boyle Heights were accepting and nourishing to immigrants and newcomers from points east. The Jewish community flourished in the neighborhood and as early as 1904 they built a synagogue on Breed Street. Congregation Talmud Torah, as it was known then (it would later be called the Breed Street Shul), became the social center of Boyle Heights. Most of Boyle Heights’ diverse populations co-existed peacefully and bonded together as one neighborhood, instead of many little gulags. 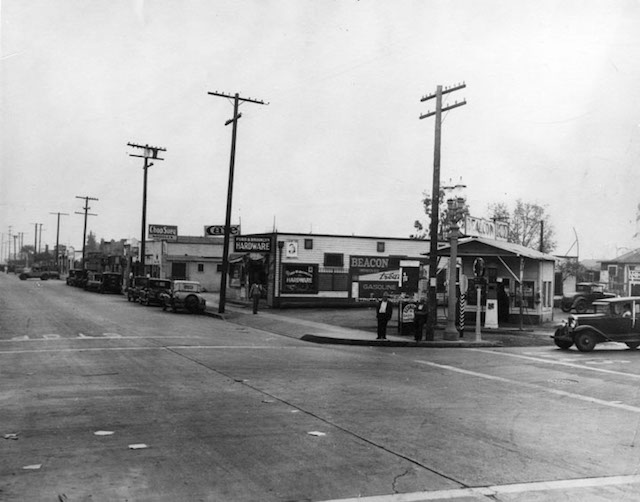 At the end of World War II, the Latino community grew in numbers. As the old Jewish establishment began to leave the area for new horizons, the Mexican-American influence bloomed and thrived on the streets of Boyle Heights. Instead of resentment and xenophobia, the Jewish population and the more recent Mexican arrivals worked together in harmony with once-displaced Japanese families and other longtime Boyle Heights groups. When Edward Roybal, a man who had experienced discrimination first hand, was elected to the City Council in 1949, the Latino voice was finally heard at City Hall and the entire Eastside was represented as a force to be reckoned with in Los Angeles.

Natives of Boyle Heights have been important participants in moving Los Angeles upward and outward as a world class city. The Chicano Moratorium at the end of the 1960s created a political force and a vibrant art scene into the 1970s. When El Mercado, a multi-story reimagining of a traditional Latin American marketplace, opened in 1968, it represented a refocusing on the area’s Hispanic roots, while the legendary Goez Art Studio encouraged Chicano artists and murals in the neighborhood.

The map shown below, created by John D. Gonzalez of Goez in 1975, shows the neighborhoods of East Los Angeles, Boyle Heights, City Terrace, and El Sereno, with listings for more than a hundred murals in the area :

By 1980, Boyle Heights was 75% Latino and continued to be a haven for newcomers. When Antonio Villaraigosa was elected mayor in 2004, a native son was in charge of the entire big city, but the same social problems that affected the metropolitan area as a whole affected Boyle Heights, with a gang presence and an ongoing struggle with gentrification, which has recently come to a head. The idea of creating an art colony across the river from downtown has not been met with enthusiasm by longtime residents. Residents of the same streets that welcomed Angelenos of varied cultures and creeds in the past are now standing firm and vehemently blocking what they see as encroachment of their neighborhood by developers who would raise rents and displace the families who make Boyle Heights a special place to live.

Here is a simple street map, taken from a 1950 edition of the Thomas Brothers Popular Atlas of Los Angeles County, that encompasses this truly remarkable neighborhood: 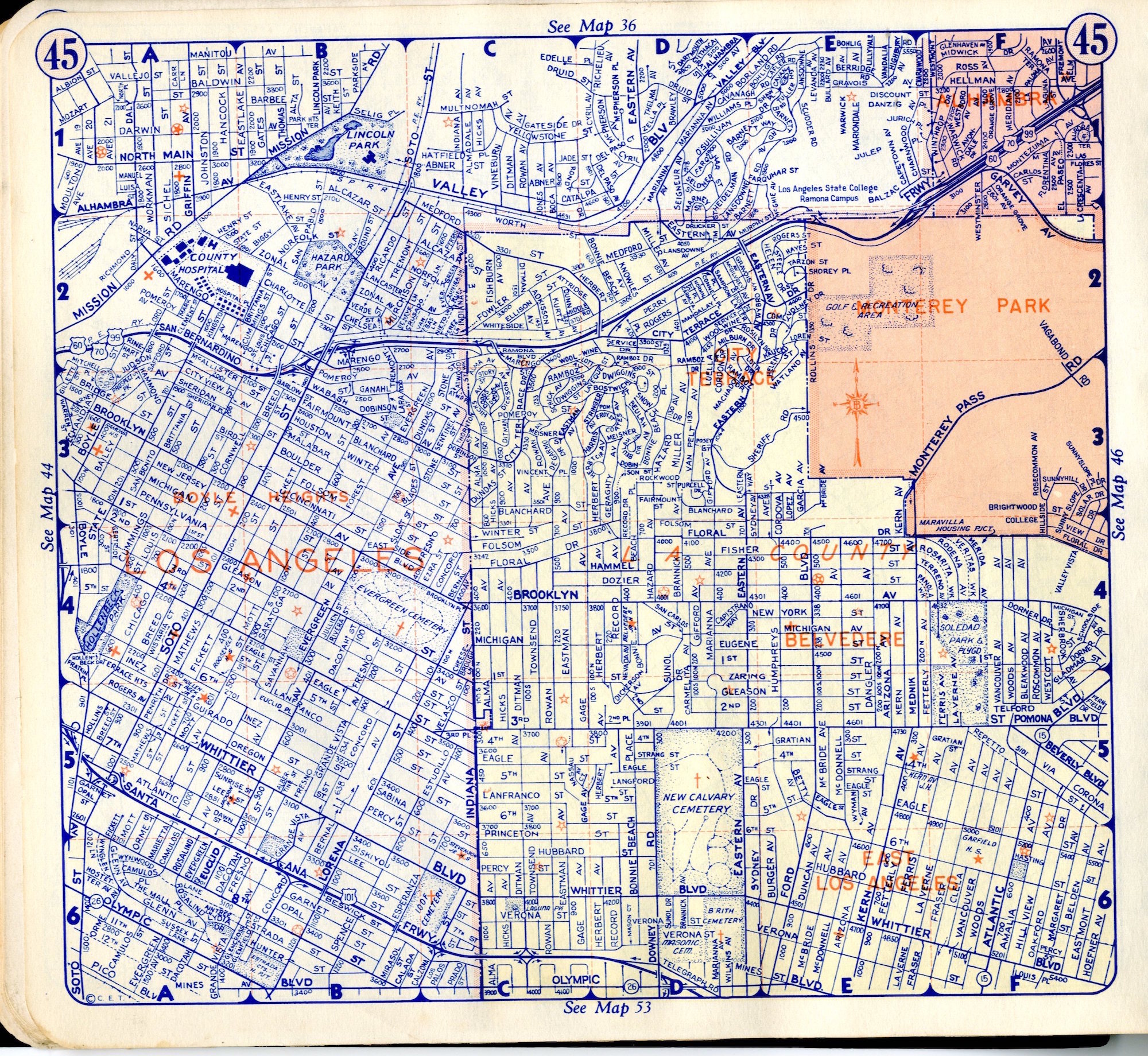 The glories of Mexican Boyle Heights call out to me from old friends who continue to create works of Mexican culinary art. There are the chile relleno burritos at Al and Bea’s on First, the scrumptious carnitas at what is really a butcher shop called Zamora Brothers on Cesar Chavez and the floating food truck Carnitas El Momo, which has migajas that are carnitas to the nth power. 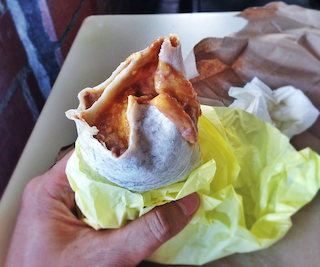 Bean and cheese burrito at Al & Bea's. (Photo by T.Tseng via Flickr)
There is the rather swanky La Serenata de Garibaldi, with actual linen tablecloths on First Street. La Serenata has shrimp dishes that are to die for in value and price (although the prices have tripled since I first visited in the 1980’s). You could relax like a pal invited you to his grandma’s house at Vicky's on First Street, where the dining room looks like the break room at a thrift shop, or try the magnificent homemade tortillas at La Barbacha on Cesar Chavez.

If you really, really need a great taco and are ready to stand up eating it, there is “Los Cincos Puntos” farther down on Cesar Chavez Boulevard, but good luck trying to drive back to work to eat them with your car lit up like a Sinaloa barbecue. Chances are you will tear open the darkening paper bag in your car and find pork and cebolla juice running down your forearms before you can open the door.

Of course, if one veers left on Evergreen you will pass not only one of the oldest cemeteries in L.A. but also two true classics of Mexican-L.A. cuisine.

First, there is Ciro's, with its avocado salsa and flautas magnifico, and then— just a block away—there is the revered El Tepeyac (aka Manuel’s), where the burrito is a genuine feast and the Manuel’s Special is a feast the size of a Thanksgiving turkey. I had my first date at Manuel’s and once caught a mouse in the bathroom after a few cervezas on the other side of the river. 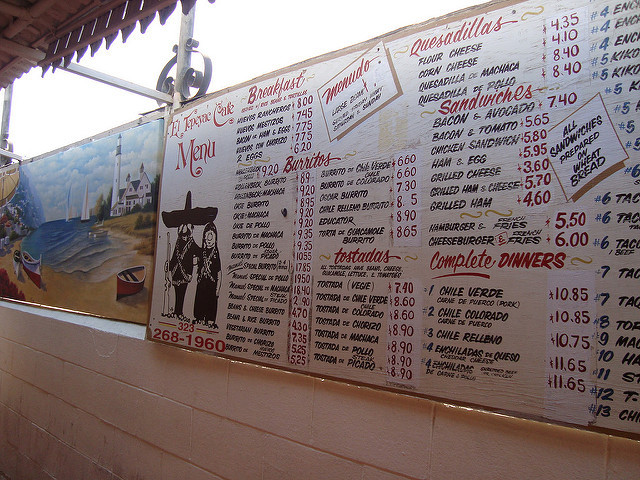 Up on Whittier Boulevard is the mole of Las Molenderas, and back to Cesar Chavez is the audacious Guisados where an actual newbie franchise produces tacos that even veteranos and veteranas of Boyle Heights adore. Deep down First Street is Teresitas, in an old coffee shop that produces Zacatecas-style specials of the day like costillos de puerco en chile negro or birria de chivo. Teresitas is so good that it draws folks from the San Gabriel Valley and beyond. Once, I even exchanged nods with Teresita herself. There are many dozens more great spots with items that they do best, like sopes or huaraches or vampiros, and countless numbers of culinary dreams undreamt in Los Angeles.